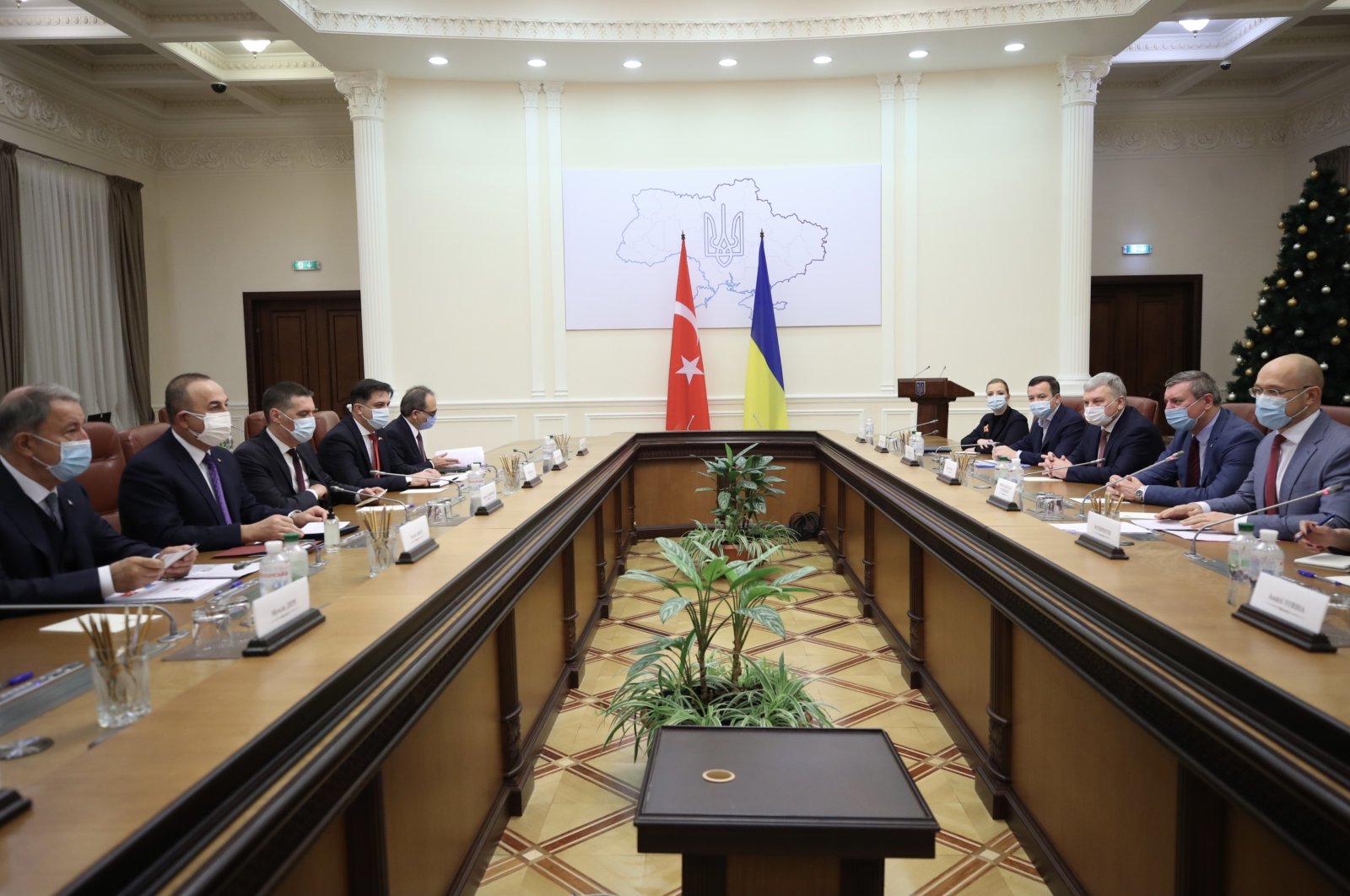 Foreign Minister Mevlüt Çavuşoğlu met with Ukrainian Prime Minister Denys Shmyhal on Friday in a “fruitful” meeting, while the top diplomat also came together with the leader of Crimean Tatars in his two-day visit.

Çavuşoğlu visited Ukraine for the preparations of the ninth High-Level Strategic Council meeting and to attend the “Quadriga” meeting, which will be held in the 2+2 format with the participation of foreign and defense ministers. Çavuşoğlu on Twitter stated that the two countries will further their cooperation in every field from energy to defense industry, while Ankara and Kyiv aim to increase their bilateral trade volume to $10 billion (TL 77 billion) from $5 billion.

“A Free Trade Agreement will help in reaching this goal,” he added.

Turkey's top diplomat met with the representatives of the Crimean Tatar, Gagauz and Ahıska Turks kinsmen during his visit.

Çavuşoğlu on Thursday met with Ukrainian Deputy Foreign Minister Emine Dzhaparova and Crimean Tatar leader Mustafa Kırımoğlu. He stated that Turkey will not recognize the illegal annexation of Crimea and will always stand by “our Crimean Tatar Turkish brothers and sisters.”

Last week, the United Nations General Assembly (UNGA) approved a resolution urging Russia to immediately withdraw all its military forces from Crimea “and end its temporary occupation of the territory of Ukraine without delay.”

The measure, which is not legally binding but a reflection of world opinion, was supported by Western nations and their supporters and opposed by Russia and its supporters, including China, Cuba, Venezuela, Iran and Syria.

Moscow has annexed the Crimean peninsula from Ukraine after an independence referendum in 2014, following the ouster of Ukrainian President Viktor Yanukovych as a result of the Euromaidan protests. It has supported separatist rebels in eastern Ukraine in a six-year war that has killed 14,000 people. The U.N. General Assembly later voted to proclaim the Russian action illegal, and along with an overwhelming majority of U.N. member states, Turkey does not recognize Crimea as Russian territory. An uneasy cease-fire has been in effect in the region since late July.

Crimean Tatars are a Muslim Turkic community indigenous to the Black Sea peninsula.

The resolution condemned the occupation of Crimea and the city of Sevastapol by Russia and reaffirmed “the non-recognition of its annexation.” It affirmed that “the seizure of Crimea by force is illegal and a violation of international law," and said it must be “immediately returned.”

Turkey similarly frequently voiced that it does not and never will recognize the illegal annexation of Crimea.