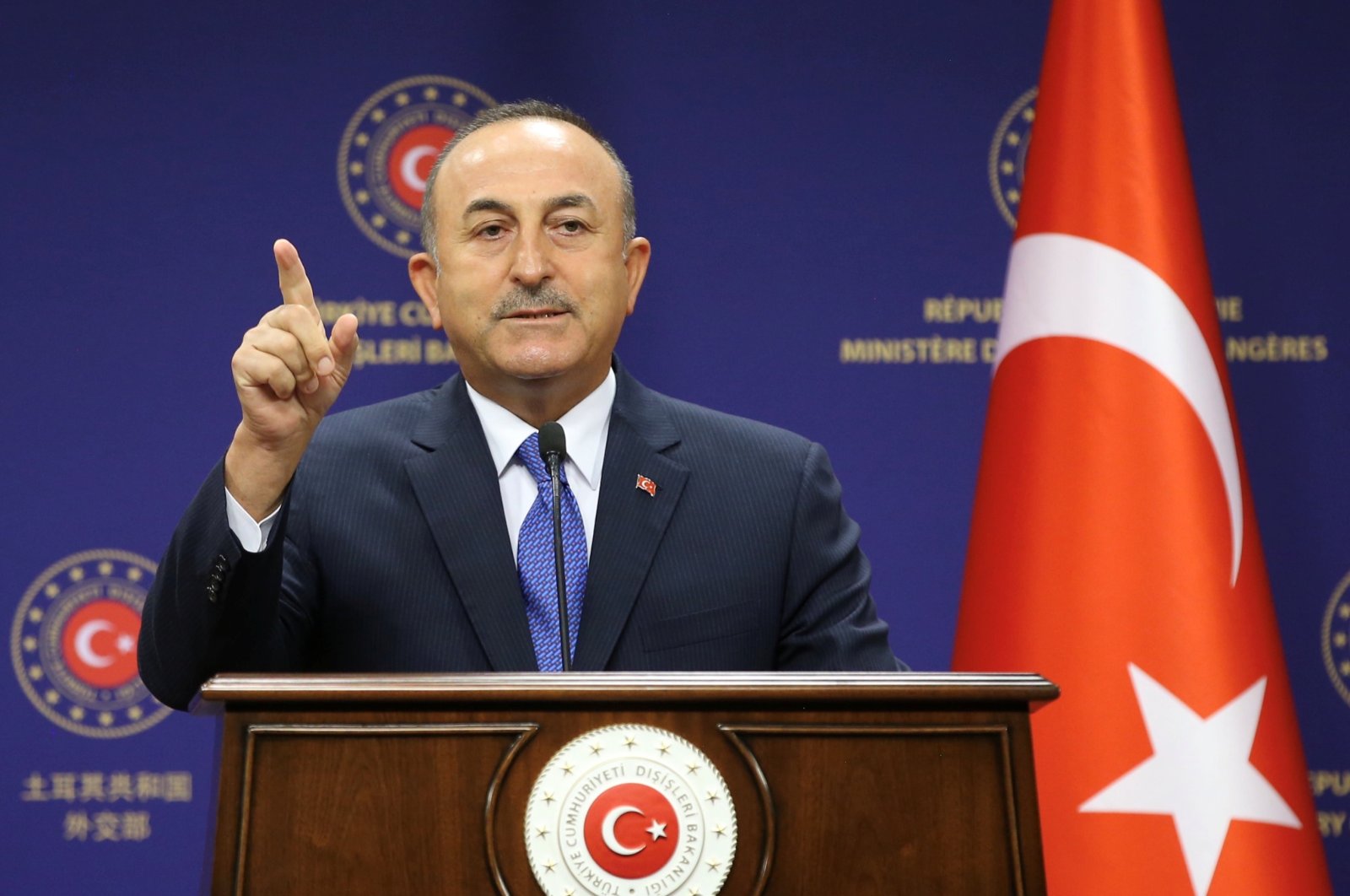 Turkey’s Foreign Minister Mevlüt Çavuşoğlu has criticized the U.S. decision to partially lift a 33-year-old arms embargo on Greek Cypriot, saying the move only serves Greece and the Greek Cypriot and move them away from a possible solution, escalating tensions.

In an interview with Bloomberg on Thursday, Çavuşoğlu said the EU High Representative for Foreign Affairs and Security Policy, Josep Borrell has attempted to arrange a bilateral meeting between him and his Greek counterpart Nikos Dendias, however, Dendias has refused the request.

"Turkey made it very clear that we will not allow provocations in the Aegean Sea and the Eastern Mediterranean. If Greece continues such provocations, it will suffer the most," Çavuşoğlu said, stressing that Ankara has always been open to dialogue, although Athens did not share the same approach.

The arms embargo, imposed in 1987, was designed to prevent an arms race that would hinder United Nations-facilitated reunification efforts. It was directed against the southern, Greek Cypriot part of the island where the internationally recognized government is seated.

Cyprus was split in 1974 when Turkey intervened as a guarantor power following a coup by supporters of union with Greece, which is known as "Enosis." Turkey recognizes the TRNC as a sovereign nation and maintains more than 35,000 troops there.

Commenting on France’s approach to the Eastern Mediterranean issues, Çavuşoğlu said while some countries in the EU prioritizing the bloc's future, French president Emmanuel Macron pursues his own interests.

U.S. Secretary of State Mike Pompeo informed Greek Cypriot leader Nicos Anastasiades in a telephone call late Tuesday that the U.S. was partially lifting the arms embargo against Cyprus for one year – with the option of renewal – to let it procure non-lethal equipment.

The move came at a time of increased friction between Turkey and its Eastern Mediterranean neighbors, Greece and Cyprus, over offshore energy explorations rights. Warships from the two NATO allies have been shadowing each other in recent weeks as Turkish survey vessels and drillships continue to prospect for hydrocarbons in waters where Greece and the Greek Cypriot administration claim exclusive economic rights.