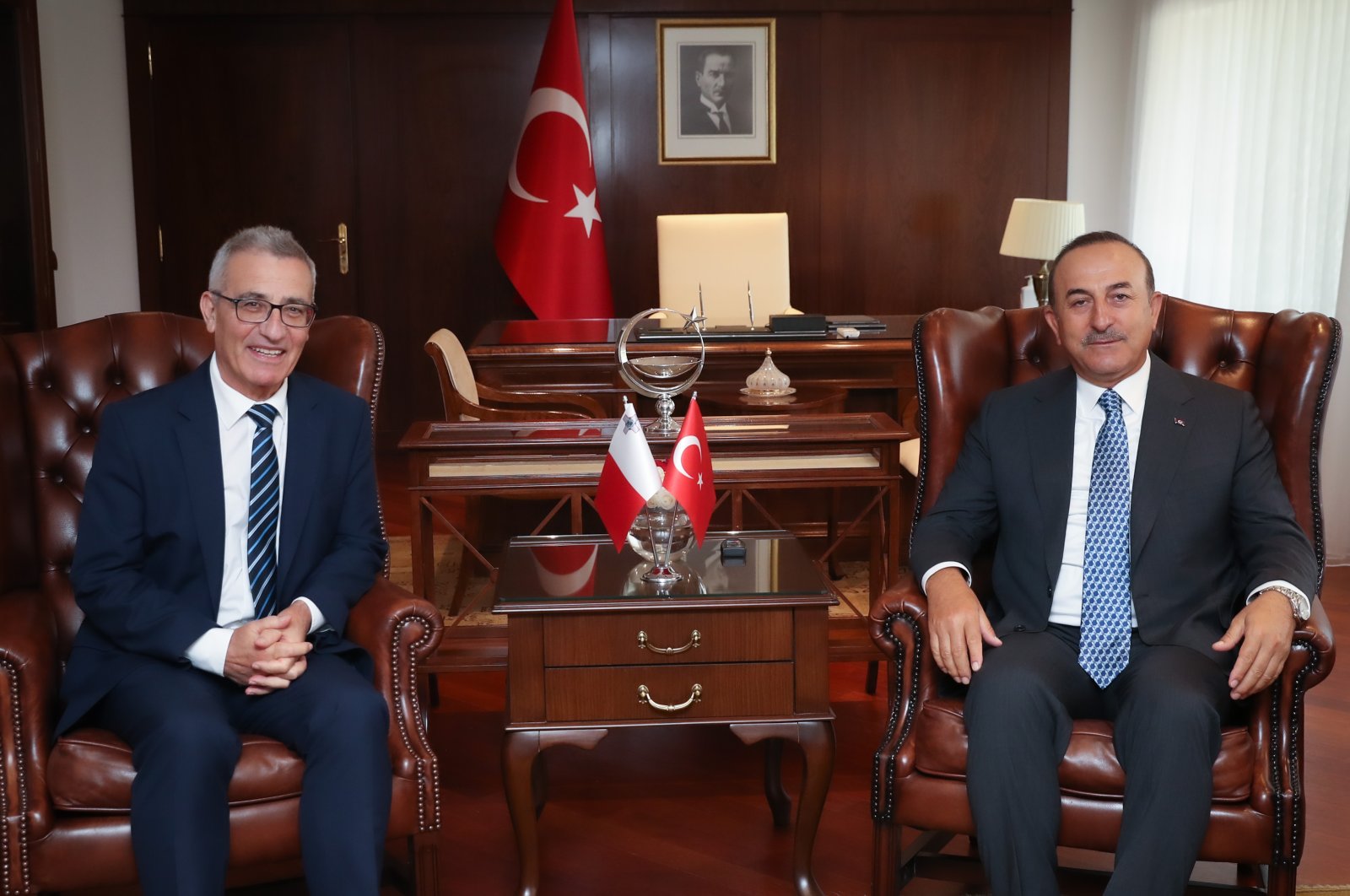 Turkey is open to dialogue and cooperation with all actors regarding the Eastern Mediterranean, Foreign Minister Mevlüt Çavuşoğlu said Tuesday.

Speaking in a joint news conference with his Maltese counterpart Evarist Bartolo in the capital Ankara, Çavuşoğlu said: “We can solve these issues with dialogue. We are ready for cooperation and sharing, but we oppose unilateral impositions and sanctions. We have both determination, and goodwill and flexibility for cooperation in this regard.”

Çavuşoğlu was referring to a meeting of foreign ministers of the European Union that gathered in Brussels on Monday to discuss Turkey and international issues in an in-person gathering for the first time since the beginning of the COVID-19 pandemic.

The bloc's relationship with Turkey is "the most important item on the agenda today," the bloc’s foreign policy chief Josep Borrell told journalists before the meeting.

Çavuşoğlu stated that the topic of Turkey was put into the agenda of the meeting at the request of France, Greece and the Greek Cypriot administration.

Underlining that Turkey and Malta do not have disparities over regional issues, he added that both countries desire peace and stability in the region, especially in Libya and the Eastern Mediterranean.