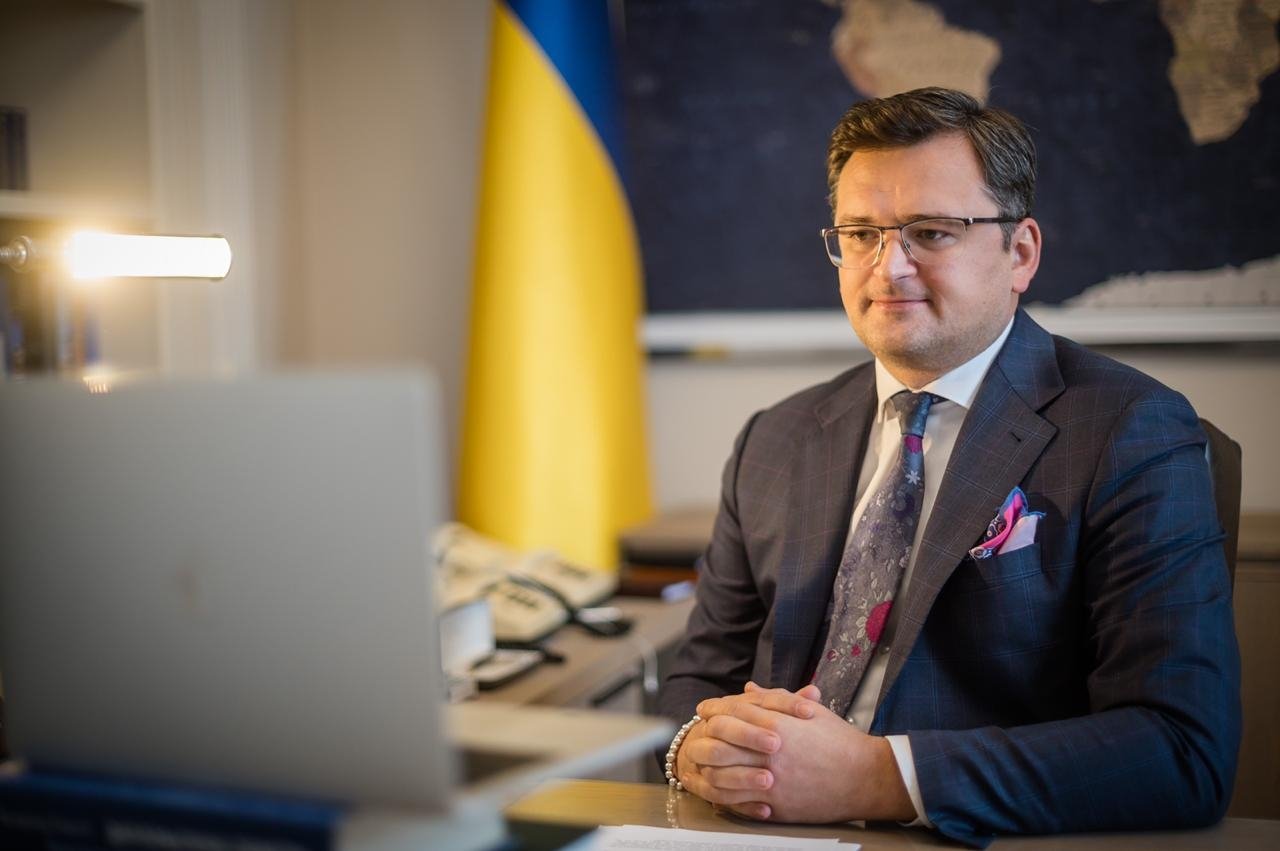 Ukraine has the same perspective and objectives in the conflicts of Nagorno-Karabakh and Libya as Turkey, Kyiv's foreign minister said Friday.

“Ukraine, look at the Nagorno-Karabakh issue from the perspective of international law. Our position is very clear. We are on the same page with Turkey,” he said.

Stating that they are aware of the special relations between Turkey and Azerbaijan, he said every frozen crisis without a permanent solution between international actors has the potential to flare up again, and the recent Nagorno-Karabakh clashes have become one of the most important lessons of it.

New clashes erupted on Sept. 27 and ended with a Russian-brokered cease-fire deal six weeks later. According to the deal, Armenia has agreed to withdraw from some of the occupied regions in Nagorno-Karabakh and hand over control of these territories to Azerbaijan.

Regarding the issue of the Libyan crisis, Kuleba said that Ukraine shares the same position as Turkey.

He said that Libya and Ukraine enjoyed good relations before the civil war.

“In order to reestablish order and economic activities in Libya, we will continue to support the U.N.-recognized legitimate forces. I also thank my counterpart (Turkish Foreign Minister Mevlüt) Çavuşoğlu for his clear stance on the issue. Because he has contact with Ukraine on some specific issues about Libya, we have a dialogue and cooperation on this issue.”

In the Libyan conflict, Turkey backs the U.N.-recognized legitimate Government of National Accord (GNA) against the aggression of eastern-based illegitimate forces led by putschist Gen. Khalifa Haftar, who is backed by Russia, Egypt and the United Arab Emirates (UAE).

Kuleba also expressed his sorrow about the disputes in the Eastern Mediterranean and said that all actors in the region except Russia are friends of Ukraine.

“We hope that a solution based on mutual consent within the scope of law and politics will be reached. There is no need for a military clash on the issue,” he added.