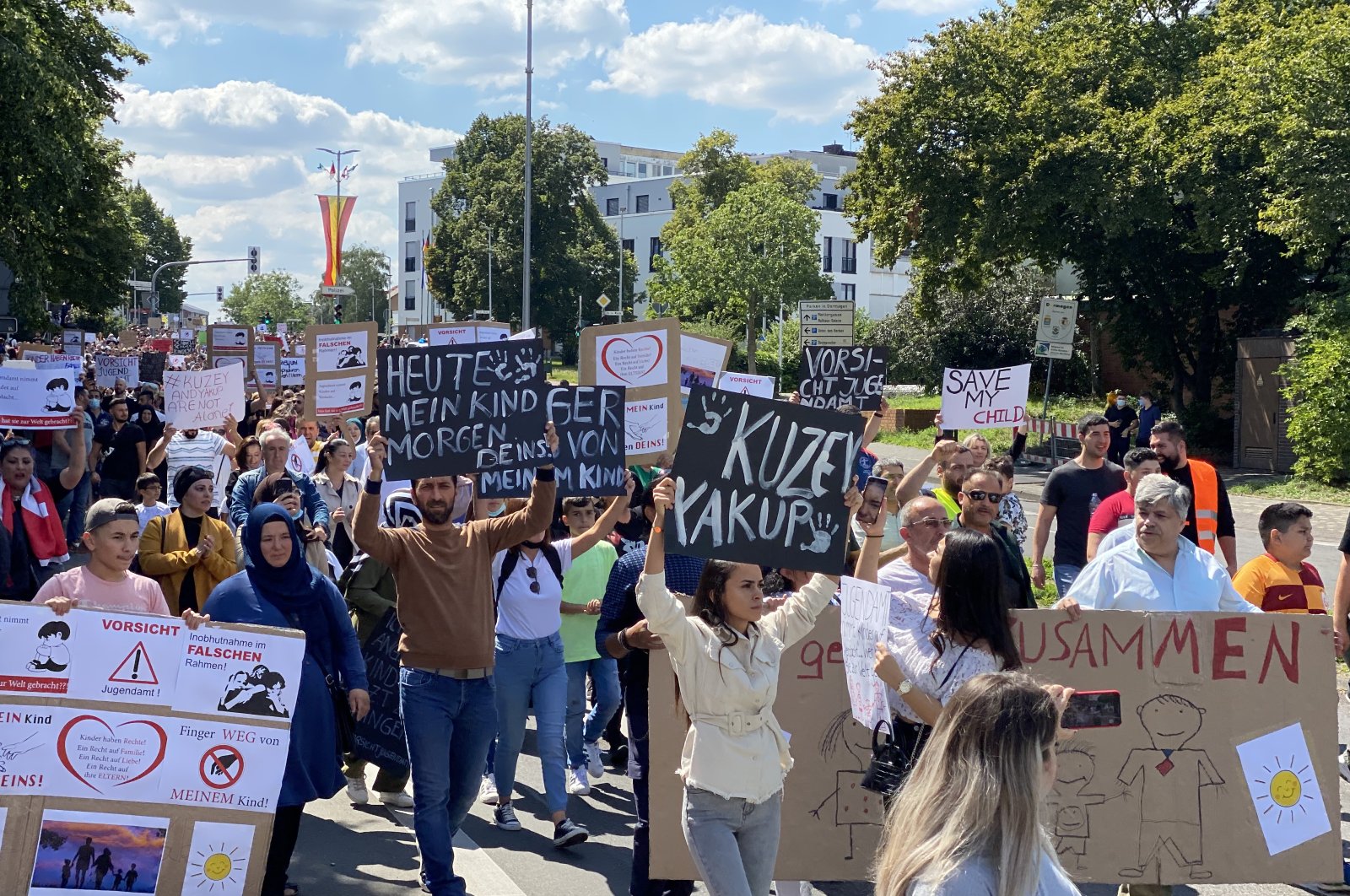 Foreign Minister Mevlüt Çavuşoğlu pledged full support for a Turkish family whose children were taken away by the German children’s welfare agency (Jugendamt) in North Rhine-Westphalia, saying that Turkey is closely following the process.

Çavuşoğlu told a live broadcast Wednesday that Turkey carefully monitors the issues of Turkish people living abroad and encourages them to express their concerns through diplomatic missions.

He noted that the ministry is closely watching developments regarding the children of the Altınkaya family taken away by the German agency.

“Our consul general in Duesseldorf, Ayşegül Gökçen Karaaslan, speaks with the family on a daily basis, and the deputy foreign minister also speaks with them,” Çavuşoğlu said, adding that they are also in touch with German authorities regarding the matter.

The foreign minister continued by saying that experts, including psychologists, pedagogues and lawyers, have also been providing assistance to the family.

He noted that most of such incidents take place in Germany, where there are around 3 million Turkish expats.

The Altınkaya family’s children Yakup and Kuzey were taken away by the Jugendamt upon allegations of violence. Two weeks ago, a German court ruled that the Jugendamt should return custody of the children to their mother, but the agency failed to do so.

The Jugendamt’s refusal to return the children outraged the Turkish community in the town of Dormagen, where they held protests against the agency on July 12.

In his speech during the protest, the children’s father Mehmet Altınkaya urged President Recep Tayyip Erdoğan and Foreign Minister Çavuşoğlu to help them reunite with their children.

The foreign minister continued by saying that German agencies had previously unjustly taken children from their families and tried to place them under the custody of homosexual couples on purpose.

He noted that Turkey also provides family counseling for Turkish people in Germany and has been trying to increase the number and hours of counselors who can reach families.

“We also provide legal support and hire lawyers for our citizens who face racist and anti-Muslim attacks,” Çavuşoğlu added.

In force since 1924, the Jugendamt was established to protect children but has become notorious for targeting the children of immigrant families. It gets paid by the German state according to the number of children it takes care of, and some foster parents manipulate childcare issues for their own economic interests. Such factors undermine the operation of the institution, which was originally founded with goodwill.

Immigrant families in the country are scared to take their children to the hospital or psychologists because sharing their problems may mean they will inform the Jugendamt, which takes the custody of the children from their families.

For instance, the child of a Turkish family with the surname of Toprak was seized when they took him to a hospital after he had chips stuck in his throat, while other families’ children were taken away because they allegedly spoiled their children and showed excessive attention.