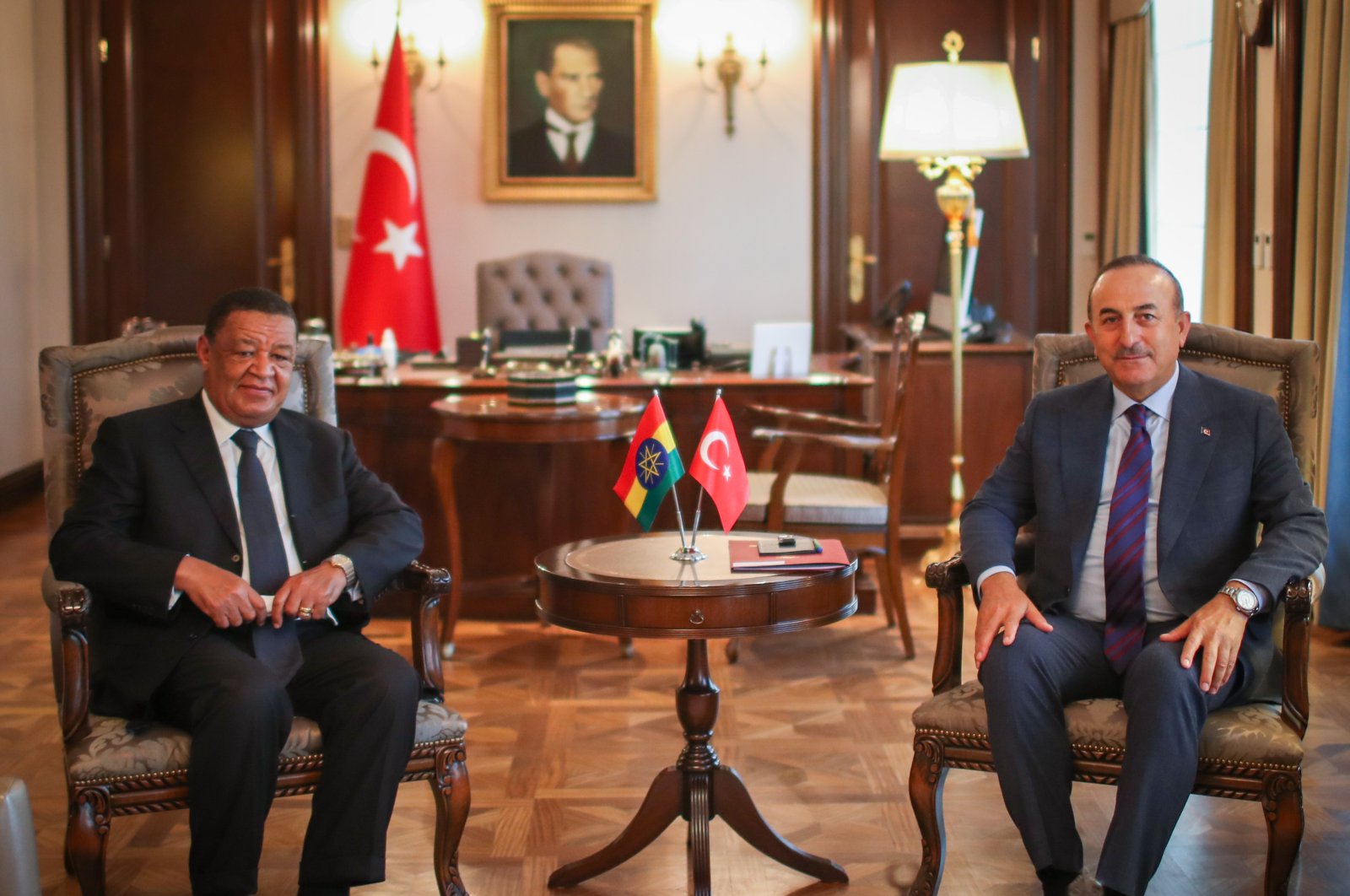 Foreign Minister Mevlüt Çavuşoğlu met with former Ethiopian President Mulatu Teshome Wirtu and said the two enjoyed a productive conversation. They agreed to increase mutual visits, dialogue and cooperation in all areas, including trade and investment, he said.

Turkey is one of the largest investors in Ethiopia in various sectors, including textiles, other manufacturing sectors and construction.

The first Turkish consulate general in the country opened in 1912 in the eastern city of Harar, with an embassy first inaugurated in Addis Ababa in 1926, marking the first of its kind in sub-Saharan Africa. This was followed by the opening of the Ethiopian Embassy in Ankara in 1933.

Çavuşoğlu also had a telephone call with his German counterpart, Heiko Maas, according to diplomatic sources. The subject of the call was not shared with the media.