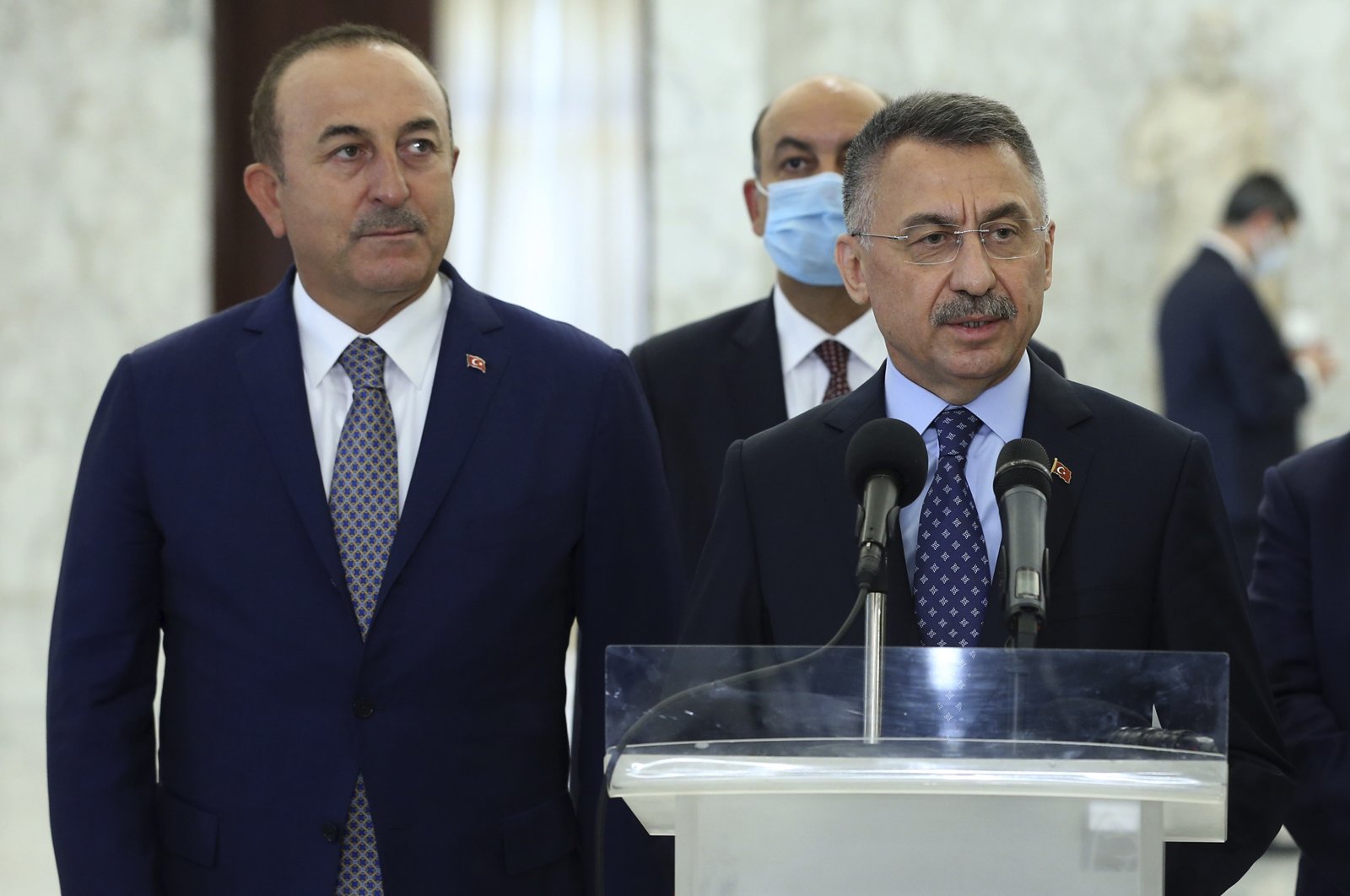 France still applies a colonial mindset to its policies in the Middle East, Foreign Minister Mevlüt Çavuşoğlu said Sunday, citing the French president’s latest visit to Lebanon and his statements after the port blast that devastated Beirut.

“This, in fact, is the reflection of France’s policy to destabilize the region,” Çavuşoğlu told Daily Sabah in an exclusive interview. “France sees this area as a competition arena, contrary to Turkey. Everyone should provide aid as we do as well.”

The top diplomat further stated that France's opposition to Turkey also stems from its colonial mentality as Ankara’s influence in Paris’ former colonial regions is increasing. “This is why France is uncomfortable with us. They are even following closely our companies in Africa, and French, pro-France newspapers in Algeria make news about Turkish companies every 15 days,” he added.

Speaking to Daily Sabah, Vice President Fuat Oktay stated that France is interfering in Lebanon’s internal affairs. “What lies under France accusing Turkey is its own culpability. Just as determined in the field of psychology, France’s accusations toward us are giving away its own subconscious,” Oktay said.

“Do you know why France is panicking? They established a colonialist structure in the region after World War I. When we started to be interested in the region, in Africa, they started to be disturbed. However, our relations with the region are based on a win-win principle. The same goes for economic relations. We do not ask for anything in return for the humanitarian aid we give,” the vice president said.

After French colonialism ended in Africa in the 1950s and '60s, France wielded a tight grip over its former dominions, using military might to install leaders in return for French companies securing lucrative contracts – a policy dubbed “Francafrique.”

Oktay elaborated that Turkey stepping up in the field and enhancing relations with old friends led to the resurfacing of France’s colonialist mentality.

“Lebanon is facing a country that is ready for every kind of support without asking anything in return after having faced a mentality (France) that was looking down on them and exploiting the country’s resources. The difference between two aiding countries is the mindset of colonialism,” Oktay continued.

Speaking to French broadcaster BFM TV during his visit to Lebanon, Macron voiced disputable statements regarding Turkey's efforts to aid devastated Beirut. Macron said if France did not play its part, "that is of a power that believes in multilateralism and believes in the interests of the Lebanese people, other powers may interfere whether it be Iran, Saudi Arabia or Turkey."

France, which was once a significant player in the Middle East and North Africa, gradually lost its sphere of influence with its former colonies declaring independence and its retreat from the Levant. Conversely, Turkey has been growing as a game-changing actor in the region.

His critics denounced the overtures as a neocolonialist foray by a European leader seeking to restore sway over a troubled Middle Eastern land – and said it was being used as a distraction from mounting problems at home.

France’s ties with Lebanon stretch back at least to the 16th century when the French monarchy negotiated with Ottoman rulers to protect Christians – and secure influence – in the region. When Lebanon was under French mandate from 1920 after the fall of the Ottoman Empire until its independence in 1943, it got a network of French schools and French speakers that survives to this day – along with France’s relationships with Lebanon’s power brokers, including some accused of fueling its political and economic crisis. Macron is still regarded by some with suspicion as the head of Lebanon's former colonial power.

In Paris, Macron’s domestic political opponents from the far-left to the far-right warned the centrist leader against creeping neocolonialism and extracting political concessions from Lebanon in exchange for aid. “Solidarity with Lebanon should be unconditional,” tweeted Julien Bayou, head of the popular Greens party on Aug. 6.

‘France does not determine Turkey’s policies’

Saying that France does not have to be taken seriously, Oktay stated that Macron is trying to prove himself in the region. He also said Turkey is so big and deep-rooted that it does not need France's support. “We will not plan our foreign policy according to Macron,” Oktay added.

Ties between NATO allies France and Turkey have soured in recent months over Libya, as well as the conflict in northern Syria and drilling in the Eastern Mediterranean. The animosity was aggravated in June after an incident between Turkish and French warships over an attempt to inspect a vessel that was suspected of smuggling weapons to Libya.

In an attempt to rally the European Union to impose sanctions on Turkey for its role in Libya and its presence in the Eastern Mediterranean, France in July called on EU foreign ministers to meet to discuss “the Turkish question,” saying new sanctions on Ankara could be considered.

Ankara, however, voiced that, “France, which has no coast in the Eastern Mediterranean, has to understand that acting like a coastal country does not give it the right to decide regional issues.”

Oktay underlined that Turkey openly declares its policies and has no secret agendas. “Therefore, no one has to be disturbed by Turkey’s activities in the region and in the Eastern Mediterranean. Unity makes us stronger. Turkey is not in the region for competition but rather to help develop it and protect its own interests."