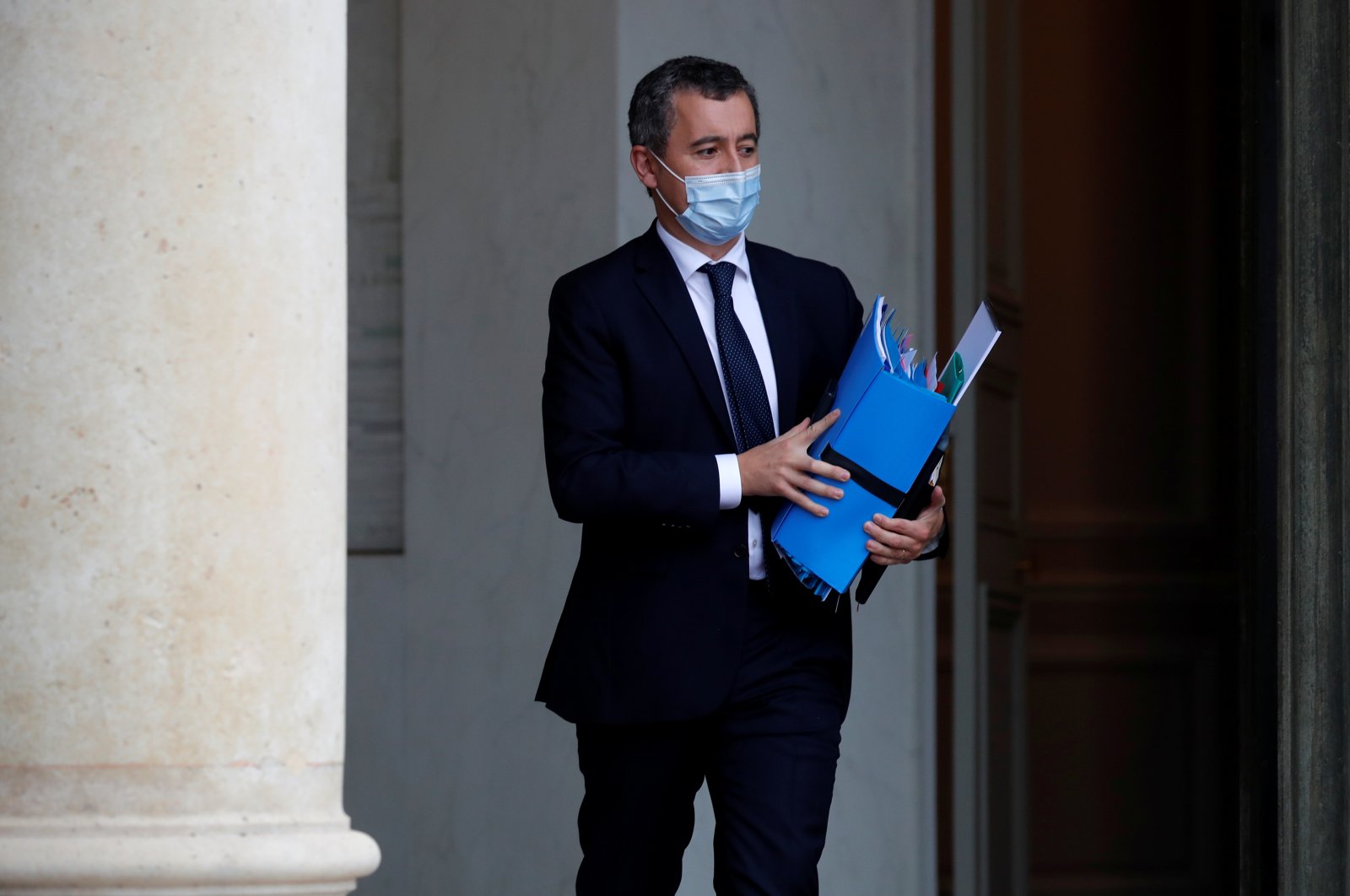 France is planning to ban a Turkish group known as the Gray Wolves, the French interior minister said Monday, after the group carried out marches against the Armenian occupation of Azerbaijan's Nagorno-Karabakh.

The dissolution of the Gray Wolves will be put to the French cabinet on Wednesday, Gerald Darmanin told a parliamentary committee.

"To put it mildly, we are talking about a particularly aggressive group," he said.

He gave no further reason for the move, but it comes after two anti-Armenian demonstrations by people carrying Turkish flags in the Lyon and Grenoble areas.

A memorial center outside Lyon for the World War I killings of Armenians in the Ottoman Empire, regarded as genocide by Armenia, was also defaced with pro-Turkish slogans including "Gray Wolves" and "RTE" in reference to Turkish President Recep Tayyip Erdoğan.

The incident in the town of Decines-Charpieu came against a background of intense communal tensions in France between its Armenian minority and the Turkish community over the conflict in Nagorno-Karabakh.

Last week, members of the Armenian community wounded four Turkish citizens while demonstrating on the A7 motorway, connecting France’s Lyon and Marseille.

The Gray Wolves is a pan-Turkist organization established by Nationalist Movement Party (MHP) founder Alparslan Türkeş in the late 1960s. Forming the militant wing of the MHP during the tumultuous 1970s and 1980s when its members frequently clashed with left-wing militant groups and activists, the loosely organized group went through significant changes in the late 1990s under Devlet Bahçeli, who is often credited for transforming the MHP from a rather radical party to a more established political force refraining from street-level activism during his 23 years at the helm.

Despite sharing common cadres and ideology, the MHP rejects any organic ties with the group, which has numerous branches in Turkey and abroad known as the "Idealist Hearths."

On its website, the group says it rejects all manner of extremism and promotes social projects for the Turkish diaspora's integration into French society.

France has been supporting Armenia against Azerbaijan in the Nagorno-Karabakh conflict, while Turkey supports the latter. Relations between Azerbaijan and Armenia, two former Soviet republics, have been tense since 1991 when the Armenian military occupied Nagorno-Karabakh.

Around 20% of Azerbaijan’s territory has remained under illegal Armenian occupation for some three decades.

The move by Darmanin risks further stoking tensions with Ankara, which reached a peak last month when Erdoğan questioned President Emmanuel Macron's mental health over his anti-Muslim policies and rhetoric following a string of terrorist attacks. France responded by taking the highly unusual step of recalling its ambassador to Ankara for consultations.

The two countries are also at odds on a number of issues including drilling rights in the Eastern Mediterranean, the Libyan civil war and the French support to YPG/PKK terrorists in northern Syria.