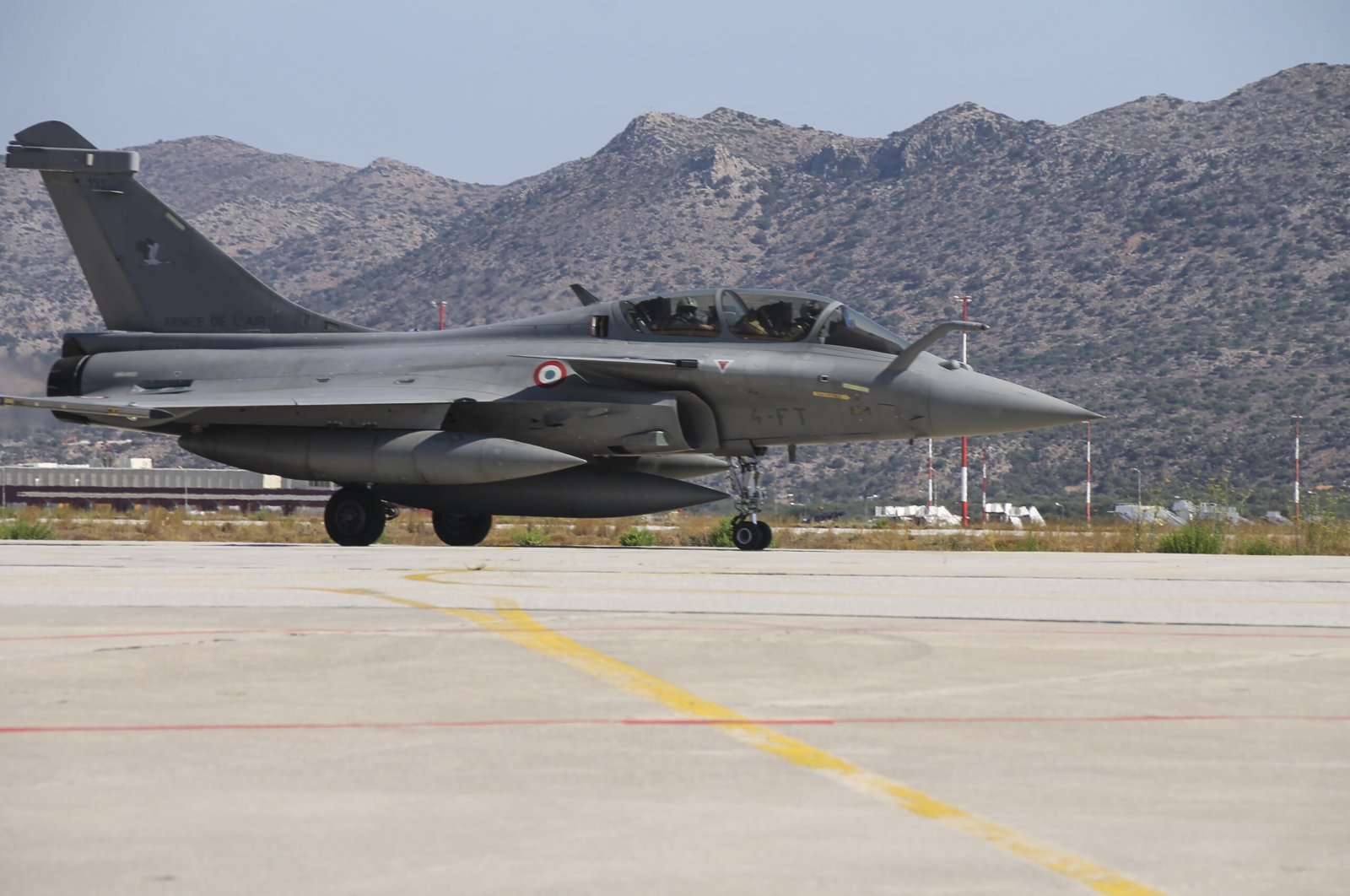 The deployment of French military jets to the Greek side of the island of Cyprus under the pretext that they are holding a drill with Greece and Italy is against the 1960 treaties on Cyprus, Turkey's Ministry of Foreign Affairs said in a statement early Thursday.

"France, which is not a guarantor state for the island of Cyprus, is encouraging the Greek Cypriot-Greek duo that is responsible for the existing tensions in the Eastern Mediterranean, to further raise tensions in a dangerous manner," the statement said.

All initiatives aimed at excluding Turkey and the Turkish Republic of Northern Cyprus (TRNC) will end in vain, it added.

Previously, TRNC Prime Minister Ersin Tatar blasted the upcoming joint military training as illegal. “This drill is wrong, and it is against international law. Where is Italy, where is France geographically? How can they come here and attend a drill and claim rights?” he asked.

The exercise is scheduled to begin Wednesday and continue until Friday.

Athens has disputed Ankara's current energy exploration in the Eastern Mediterranean, in an attempt to shrink Turkey's maritime territory, based on small Greek islands near the Turkish coast.

Turkey has the longest coastline on the Mediterranean and has sent out drillships to explore for hydrocarbon energy on its continental shelf. It maintains that both Turkey and the TRNC have rights to the region's resources.