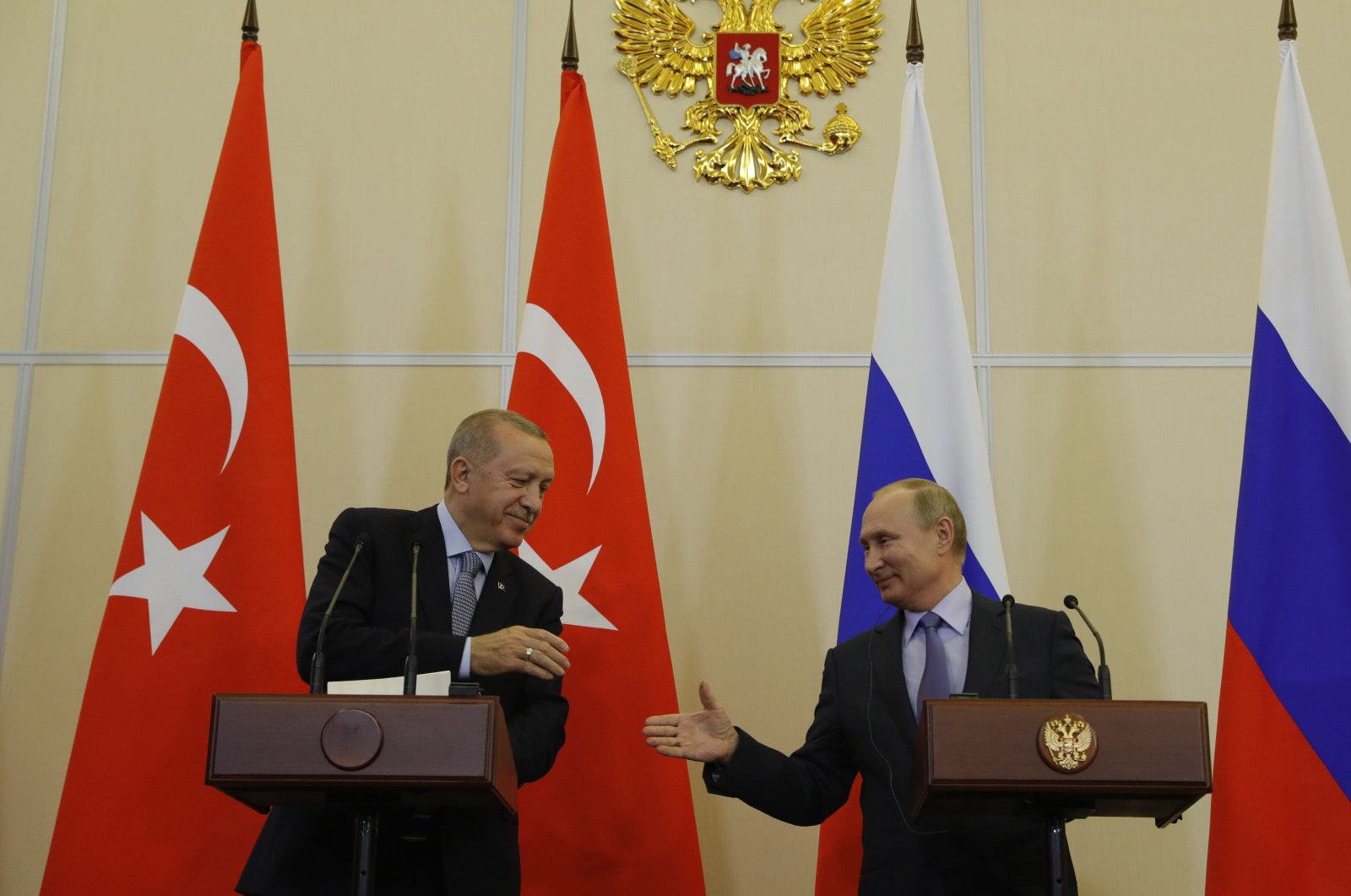 Friendly relations between Ankara and Moscow are crucial for regional security, Russian Ambassador to Turkey Alexei Yerkhov said Wednesday on the occasion of the 100th anniversary of relations between the two countries.

"I would like to emphasize that friendly relations between our countries, which date back 100 years, are particularly important today, when regional security and development, as well as the prosperity of our nations, depend on them," Yerkhov told Russian news agency TASS.

Speaking on the establishment of diplomatic ties between the two countries, Yerkhov said: "The spring of 1920 was a difficult time for Soviet Russia, where a civil war and the struggle against foreign invasion were raging, but Mustafa Kemal's letter managed to make it to Moscow only on June 1, 1920. On June 3, People's Commissar for Foreign Affairs Georgy Chicherin sent a written reply to the Turkish leader. The Soviet government suggested establishing diplomatic and consular missions in the two countries.”

Accordingly, the document "actually meant the recognition of Turkey's new authorities represented by the Grand National Assembly, it was welcomed with enthusiasm and published in local newspapers." The response letter is regarded as the starting point of diplomatic relations, the envoy pointed out.

"Soviet Russia's contribution to the Turkish people's fight for independence is well known. A large number of weapons, ammunition, military equipment and gold was provided to Turkey for free in 1920-1922. At the same time, although the economic situation in Turkey was difficult, the country found a way to supply grain to Russia’s southern regions. That said, the authorities and the people of both countries offered a helping hand to each other in those tough times," Yerkhov explained.

Regarding Ankara and Moscow’s relations today, Yerkhov said that both countries are maintaining contacts regarding issues in Syria and Libya despite the coronavirus pandemic.

“During these contacts between the leaders of our countries, between foreign ministers, regional issues keep coming up, including the situation in Syria, the Idlib de-escalation zone in particular, and Libya. As for Libya, the escalation of clashes is, undeniably, concerning for our states. The Turkish side and we are calling for an immediate cease-fire and resumption of the political process involving all Libyan sides under the U.N. auspices," he said, adding that dialogue between Ankara and Moscow continues on all levels.

Commenting about the cooperation on Syria, Yerkhov underlined that Russia and Turkey "are committed to further boosting interaction in the best interests of an integrated settlement of the Syrian crisis with the support of the international community through U.N. Security Council resolutions.”

He underlined that both Moscow and Ankara attached special significance to the Astana peace process and preparations for a trilateral summit in this format.

Turkey and Russia agreed to a cease-fire in March to halt the further escalation of violence in Syria’s northwest following the Bashar Assad regime’s assault on the last opposition bastion, Idlib. The incident displaced an unprecedented number of civilians while costing the lives of many. Since the cease-fire, relative calm has prevailed in the region, yet the damage caused to civilian and health infrastructure as well as the displacement of hundreds of thousands left many vulnerable to the threat of COVID-19.