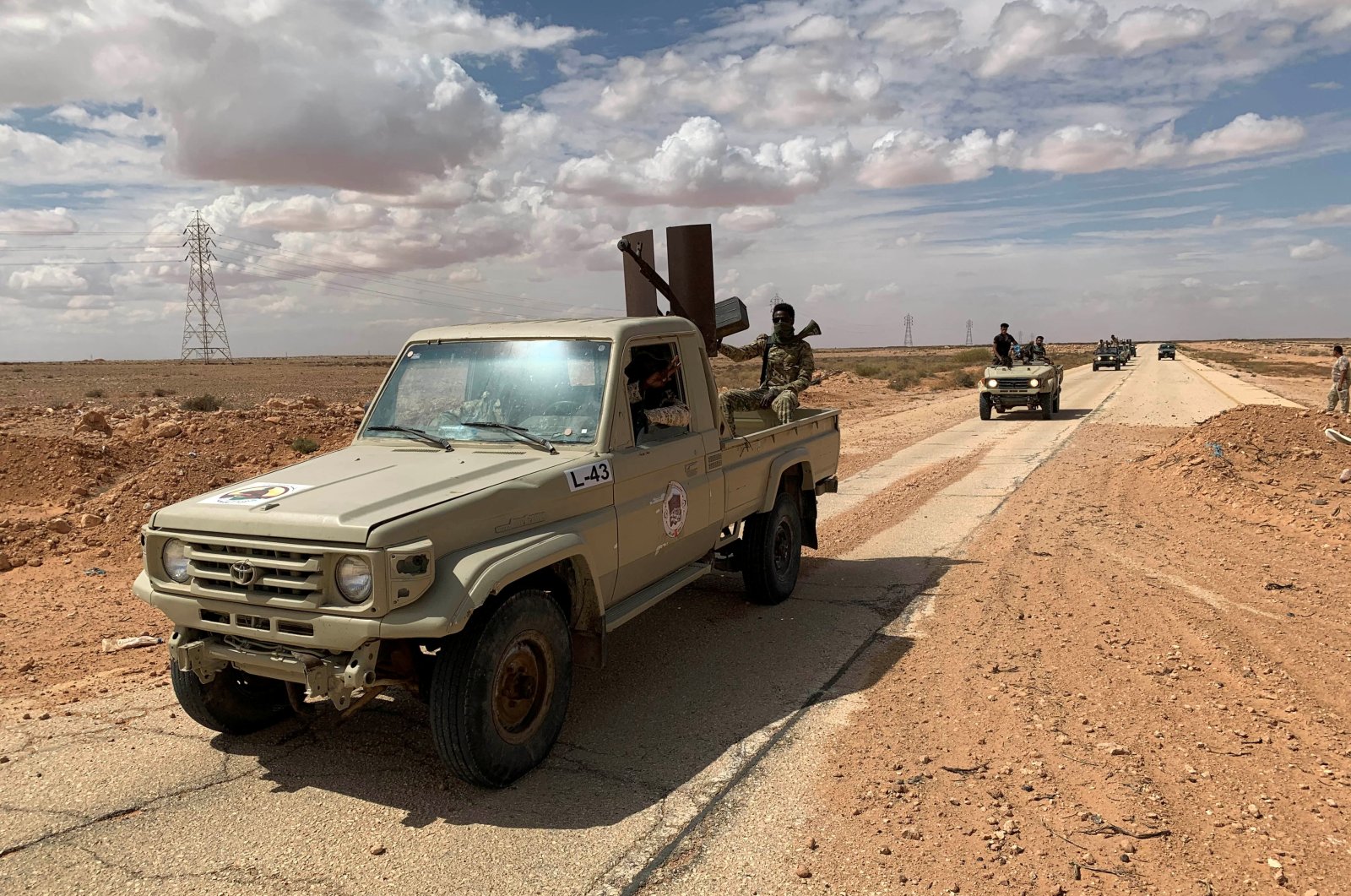 Libyan officials said Saturday that the leader of the United Nations-supported government would not support a deal with his primary rival in the country's civil war to lift a monthslong blockade on its vital oil trade.

According to an official at his office, Government of National Accord (GNA) Prime Minister Fayez Sarraj opposed the final deal struck with putschist Gen. Khalifa Haftar, whose illegitimate eastern-based forces led a failed yearlong siege to take the capital, Tripoli, from the U.N.-backed government.

“The prime minister did not give his approval to the final version of the deal,” the official told The Associated Press (AP), speaking on condition of anonymity.

Releasing a statement on Sunday, Libyan Defense Minister Salah Eddine al-Namrush also said the GNA is open to every political solution without Haftar.

“Considering the massacres he committed and the destruction his attack on Tripoli caused, we are ready to consider every political solution that does not include the war criminal Haftar,” he said.

Haftar said in a televised address Friday that his forces would allow the Libyan oil facilities to start operating again for the first time since January “with conditions that ensure a fair distribution of revenue.”

The deal to start pumping Libyan oil again appeared to have been spearheaded by the deputy prime minister, Ahmed Matiq, and emerged days after Sarraj said he planned to hand over power by the end of October to a new administration in Tripoli.

Matiq struck an agreement to distribute the country’s petrodollars more equitably between its warring sides, according to Ahmed al-Mosmari, the spokesperson of Haftar’s forces.

Mosmari said Saturday in televised comments that Haftar's forces “opened communication links” with the Tripoli-based government, accusing Sarraj and forces backing him of opposing the resumption of oil production.

The deal between Matiq and Haftar's representatives did not address the scores of Russian mercenaries from the Wagner Group, a Kremlin-linked private security company, stationed across oil fields that the National Oil Corporation (NOC) says remain a barrier to the resumption of exports.

Matiq largely negotiated the deal behind closed doors with Haftar’s son, Khalid, and its final shape took many Libyan leaders by surprise. Matiq and Haftar’s son met earlier this month in Russia, a key supporter of Haftar.

Osama al-Juwaili, a military leader with Tripoli-allied forces, called the agreement a “farce" in televised comments. He urged Sarraj to announce his total position on the deal.

Gomaa al-Gamaty, Sarraj’s envoy to the Maghreb countries, tweeted that the deal is likely to fail since the prime minister, national oil company and the central bank in Tripoli were not part of it.

Mustafa Sanallah, the NOC’s chairman, on Friday, rejected what he called “secret” and “disorganized negotiations” aiming to undercut an internationally brokered political process to reopen the oil fields.

He said the NOC would not lift force majeure, a legal maneuver that lets a company get out of its contracts because of extraordinary circumstances, until Russian mercenaries fighting alongside Haftar's forces leave oil fields and terminals.

The NOC, however, took a step back on Saturday, saying in a statement that it would end the force majeure at “secured” oil fields and terminals, while the measure would be in place at oil facilities where there are Russian mercenaries from the Wagner Group and other armed groups. The statement did not say which oil facilities, but the company had said in June that Wagner mercenaries entered the vast Sharara oil field, Libya's largest.

The latest reports on Sunday indicated that workers at Libya's major Sharara field have restarted operations, two engineers working there said, after the NOC announced a partial lifting of force majeure. They said flaring had restarted at the field and shared a video of it, and added that engineers had been returning to the area since Wednesday.

Libya’s highly prized light crude has long been a factor in its civil war, as rival militias and foreign powers jostle for control of Africa’s largest oil reserves.

Powerful eastern tribes loyal to Haftar first seized control of the oil fields in January, cutting Libya’s 1.2 million barrels a day to a trickle and starving the country of badly needed cash, to protest what they said were the inequitable distribution of revenues.

The blockade has deprived the Tripoli-based NOC of nearly $10 billion in revenue and led to nationwide fuel shortages.

In the ongoing conflict of the country, media reports on Saturday indicated that Russia sent 400 pro-regime militants from Syria's northeastern region to eastern Libya to fight for warlord Haftar in exchange for money.

The "Shabiha" fighters from local militias, currently also backed by Iran, were founded by the Assad regime to suppress the peaceful demonstrations that began in 2011.

The militants, who are suspected of committing war crimes in Syria, arrived at the Russian Hemeimeem air base in Syria's Latakia province from the Qamishli airport the previous day.

Russia continues to strengthen the ranks of the putschist Haftar, who relies on foreign fighters, with mercenaries from Syria, according to local sources.

Last month, Russia reached an agreement in Qamishli in the regime-controlled area with 1,000 people between the ages of 20 and 45, who are also expected to be sent to Libya soon.

It is estimated that the number of mercenaries sent by Russia to fight for Haftar from various provinces of Syria has exceeded 5,000 so far.

Foreign warriors in Haftar's ranks include Russian mercenaries, Janjaweed militias brought from Sudan, as well as armed rebels from Chad.

In the third so-called parliamentary elections held in July without the participation of the public, the Assad regime also introduced members of the Shabiha into parliament.

The United Nations has reported that the Shabiha has committed war crimes, including the use of chemical weapons, rape, torture, targeting of civilian settlements and deployment of terrorist organizations.