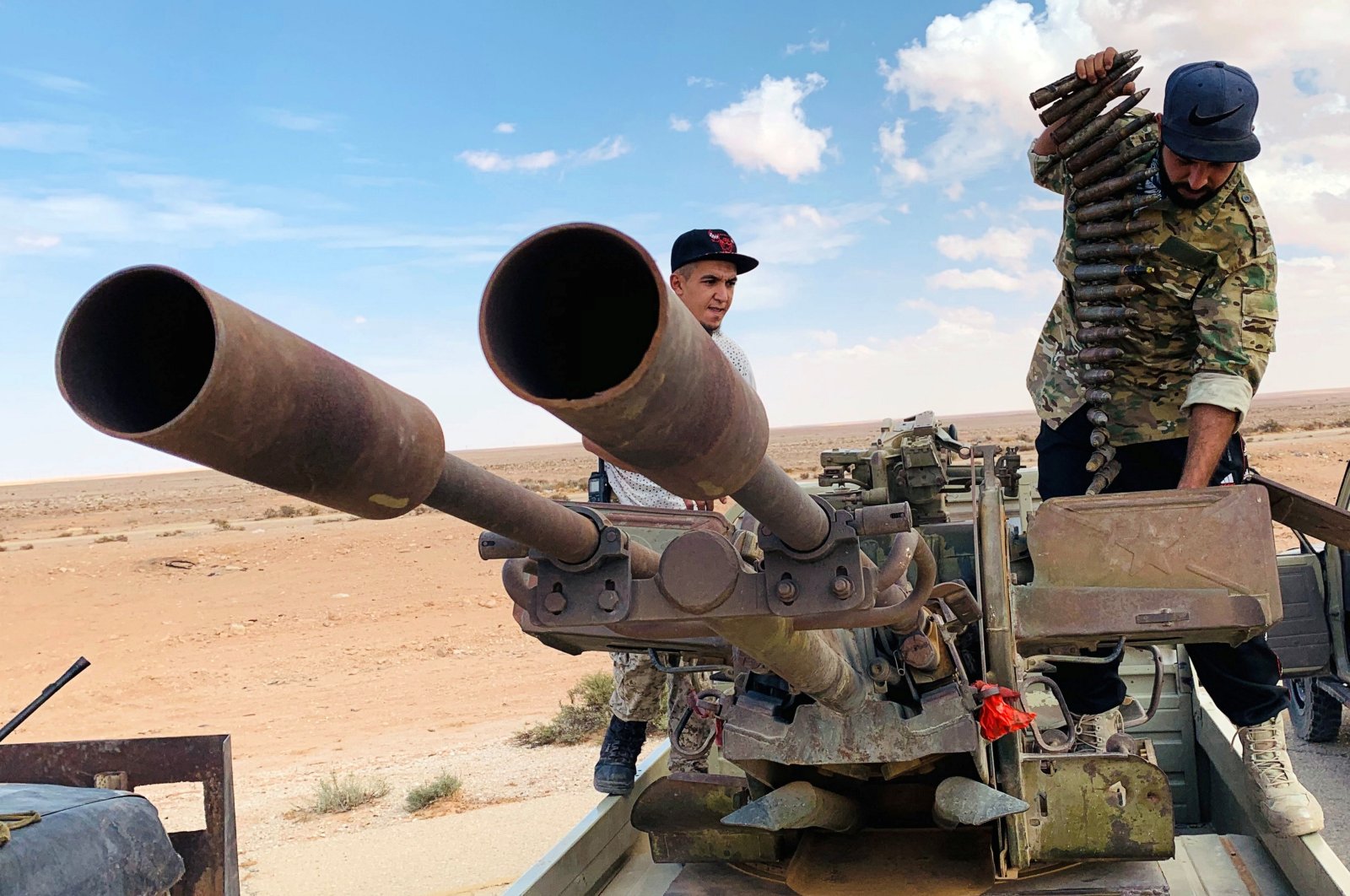 International experts from various fields attended the forum and discussed the barriers to mediation in regional or global crises today.

The conference, hosted by Turkey, was held online this year due to the coronavirus outbreak. It addressed the challenges faced by those working in the field of peace, since the start of the pandemic, as well as how the outbreak will affect the dynamics of conflicts.

"Sometimes they send mercenaries or pay for mercenaries from other countries. They provide a lot of money and weapons to the factions," he said.

He stressed that there are foreign interventions in all of the conflicts, known as "civil wars" today.

"In this environment, the United Nations and other regional and global organizations find it difficult to mediate," he added.

Salame announced his resignation in March, citing health reasons, after three years in the post, during which he tried to end years of conflict in Libya that broke out after the ouster of late dictator Moammar Gadhafi in 2011. The war has left the North African country divided between rival actors and beset by violence.

The former special envoy had accused U.N. Security Council members of stabbing him in the back and hindering peace efforts by supporting a warlord in Libya. "That's where you felt, as the U.N., that the hypocrisy of countries at this stage has reached limits that make your work very problematic," he said in July, speaking to the Centre for Humanitarian Dialogue (HD), a Swiss-based private diplomacy organization.

On the Syrian civil war, Staffan de Mistura, former U.N. Special Envoy for Syria, said that after the Cold War, conflicts turned into nationalist or religious ones.

He said mediation efforts are becoming more difficult due to too many combatant groups in the field.

"The Astana process is an example for this," Mistura said, adding that in Syria, Turkey acts as a guarantor for opposition groups while Russia and Iran act like the regime's guarantor.

"While there are the armies of many countries in Syria, some solutions were reached for this multi-player problem in the Astana process," he added, saying the process stopped the clashes and provided the foundation for establishing peace through a cease-fire.

The Astana process was initiated by Turkey, Iran and Russia to bring the warring sides in Syria together to find a permanent solution to the nine-year-long war. The main agenda items have been the constitutional system, the political transition, security and resettlement. The first meeting of the Astana process was in Turkey in January 2017 to facilitate U.N.-sponsored peace talks in Geneva.

The eastern Ukrainian crisis was another issue discussed during the conference. Yaşar Halit Çevik, the chief monitor of the Organization for Security and Co-operation in Europe (OSCE) Special Monitoring Mission to Ukraine, said even disputes over describing the issue cause difficulties in resolving the problems.

"If you ask Ukrainians about the issue, they say it is a conflict between Russia and Ukraine, but if you ask the same thing to Russians, they say this is a disorder in the east of Ukraine," he elaborated.

He also mentioned how the COVID-19 outbreak has affected meditation efforts, saying that the parties could not come together to discuss the issue face to face.

The Minsk Agreement signed in 2015 by the leaders of Ukraine, Russia, France and Germany and overseen by the OSCE was drafted to end hostilities in eastern Ukraine.

Moscow and Kyiv have been at loggerheads since 2014, when Russia annexed Ukraine's Crimea Peninsula, a move widely viewed as illegal, including by Turkey and the U.N. General Assembly.

Ukraine also blames the Kremlin for separatist violence in Donbass, in the country's east near its border with Russia, which has claimed some 13,000 lives.

Run by the Turkish Foreign Ministry since 2012, the Istanbul Mediation Conference involves politicians, diplomats, academics, experts, students and anyone interested in mediating for peace.

Conferences held to date have touched on the effects of digital transformation on the dynamics of conflict, the need for coordination in the field of mediation, the role of regional and international organizations, the relationship between sustainable development and peace and the importance of inclusiveness in the field of conflict resolution.

Conferences have also contributed to the development of the mediation capacity of the U.N., OSCE and the Organisation of Islamic Cooperation (OIC). The success of the conferences has led to similar events being organized in the OSCE and run by Turkey at the OIC since 2017. In this regard, Turkey is the only country which has a co-chair position in all three groups.