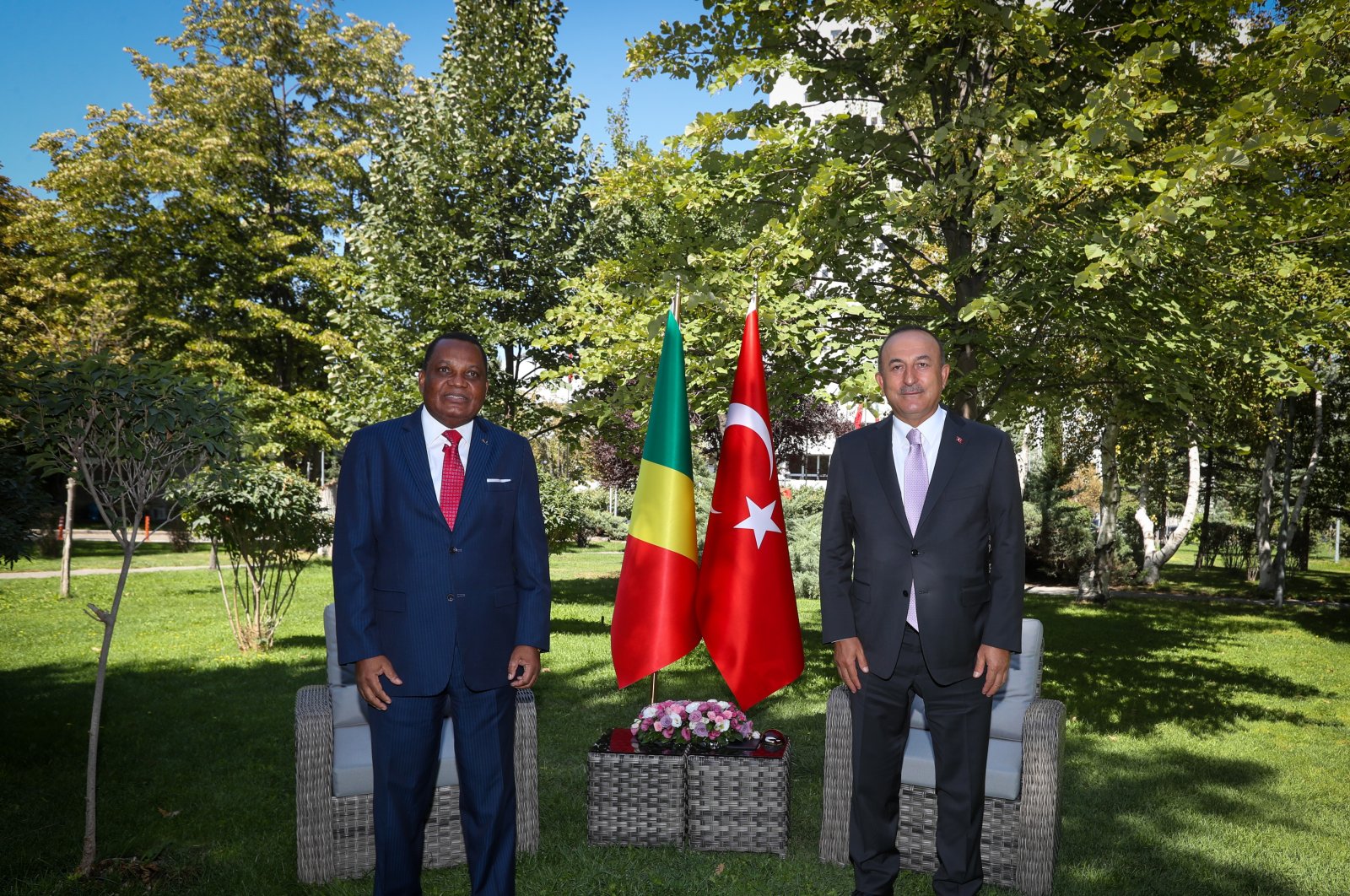 Greece has lost its psychological superiority in the Eastern Mediterranean as Turkey conducts its drills in the region in line with the rules set by NATO, Foreign Minister Mevlüt Çavuşoğlu said Tuesday, while criticizing Athens for refusing to sit down at the negotiating table.

"By saying 'no' to every initiative taken by NATO or the EU over East Med developments, Greece has proven that it is not after diplomatic dialogue," Çavuşoğlu said in a joint news conference with his Congolese counterpart Jean-Claude Gakosso in Ankara. He challenged Athens to sit at the table and explain its stance if it has confidence in its arguments.

Çavuşoğlu noted that Greece has consistently rejected initiatives to resolve issues in the Eastern Mediterranean through negotiations, saying that Athens is not in favor of dialogue:

“We are in favor of sitting at the table because we have confidence in ourselves, but Greece does not seem to accept this approach,” Çavuşoğlu said, adding that Turkey is ready to hold talks without any preconditions.

In response to Greek Foreign Minister Nikos Dendias' criticism about the Turkish military using live fire in drills in the region, the foreign minister said such drills are conducted with or without ammunition and fire.

“Our drill is carried out in line with NATO rules,” he said.

The Defense Ministry said in a statement Saturday that the annual exercise is aimed at improving mutual training, cooperation and interoperability between the Turkish Cypriot Peace Force Command and the TRNC Security Forces Command.

The exercise is being held with air, naval and land elements from Turkey, the statement added.

Furthermore, last week, Greece and the U.S. also held military drills south of Crete. The exercise included the participation of a Greek frigate and submarine, as well as F-16 fighter jets, along with American destroyer USS Winston S. Churchill and navy helicopters from both sides.

Ankara has long been reiterating its aim of negotiating with Athens without preconditions for a fair share that will preserve the rights of all sides in the region.

Ankara contends that some of the blocks – particularly Block 4, 5, 6 and 7 on which Greek Cypriots have commissioned international energy companies like the Italian ENI and French Total for exploration – violate the country's 200-mile continental shelf as well as the 14-mile territorial waters of the TRNC, which has been excluded from exploration efforts by the Greek Cypriot administration in the south of the island.