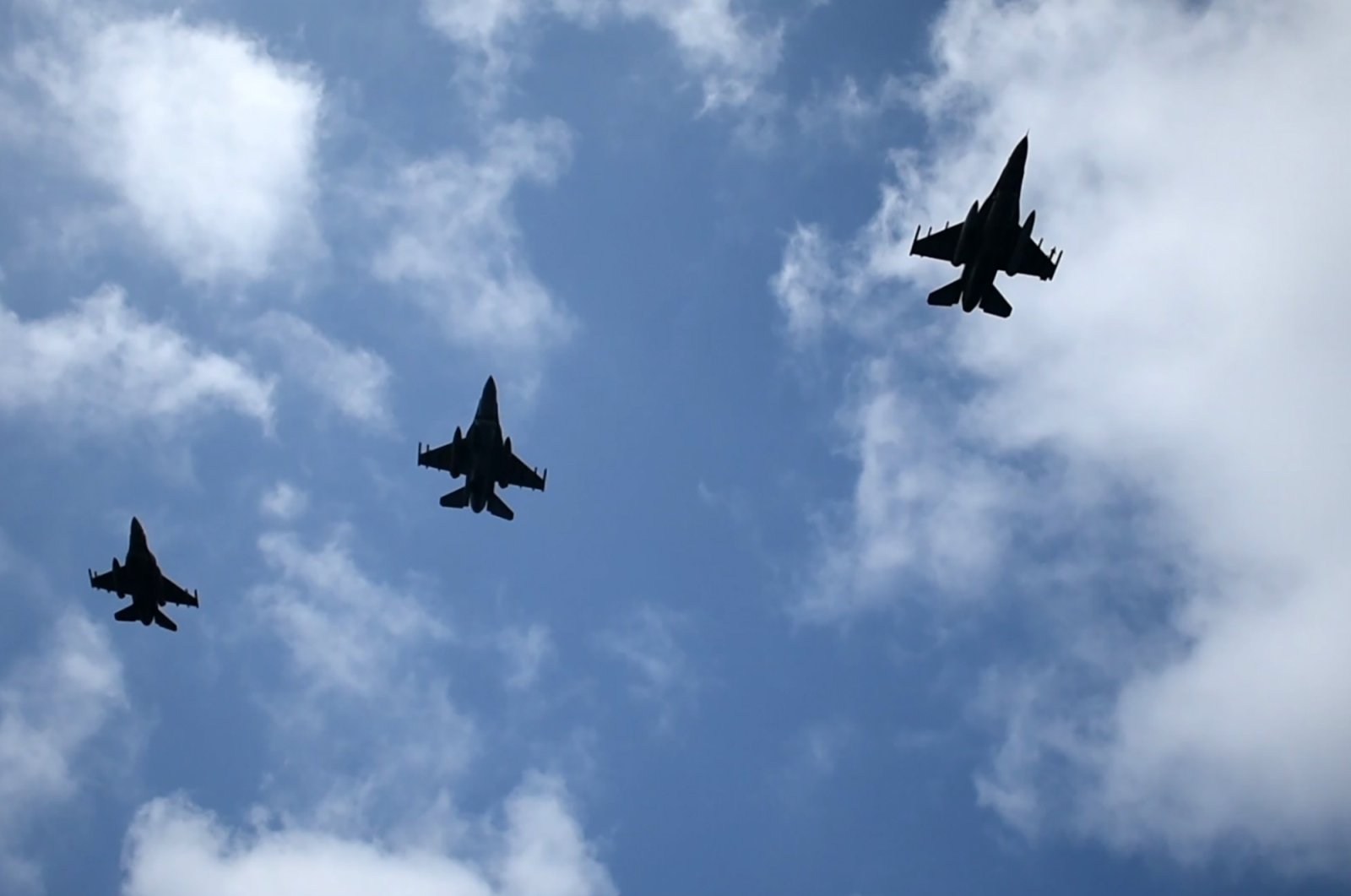 Jets participate in a joint training drill with armed forces from Greece and the United Arab Emirates (UAE) near the Greek island of Crete, southern Greece, Sept. 4, 2020. (Greek Defense Ministry via AP)
by DAILY SABAH Sep 08, 2020 10:58 am
Edited By Sinan Öztürk
RECOMMENDED

Prominent Greek commentators have warned that Athens’ stance amid ongoing tensions with Ankara in the Eastern Mediterranean is problematic, arguing that Greece may lose a potential war with Turkey and adding that Europe is “sick of Greece.”

They also warned that French interests in the region may not fully align with those of Athens.

Giorgos Papachristos of Greece’s best-selling daily Ta Nea argued that running to the European Union every time the country has a problem is not a solution, saying of Brussels: “They are sick of us. We have only convinced ourselves that we are right and Turkey is wrong but we need to be realistic."

“Otherwise, we may find ours back lying on the wrestling mat, with Europe acting as the referee counting down to end of the fight,” he said, cautioning about the impact of potential failure.

Papachristos also noted that Greece had two options, the first being a short-term war with Turkey, in which Turkey would take the tiny island of Kastellorizo (Megisti-Meis), located just a few kilometers away from its shore.

He implied Greece would lose this battle and would have to spend five or six decades in negotiations to secure the island's return.

The second option, according to Papachristos, is dialogue, which also risks “heavy political defeat.” In this scenario, Turkey would make demands and Greece would have to make concessions.

“It is not realistic to consistently say that President Erdoğan is the one provoking or attacking,” Papachristos said, adding that it is also not viable to “run to Europe” every time “Erdoğan makes a threat.”

Meanwhile, Costas Iordanidis, a political and diplomatic commentator for Greek daily Kathimerini, said that while French President Emanuel Macron’s standoff with Erdoğan may provide some relief for Greece and the Greek Cypriot administration, Athens should not take French support for granted as Paris has its own interests in the region.

“The basis of this strategic standoff has to do with who will fill in the void after the U.S. leaves the region,” Iordanidis said.

He warned that cooperation with Macron could only be seen as a temporary condition, as the cooperation of any allied nation with another based on goals beyond NATO bears risks.

Recently, a parliament deputy representing the Communist Party of Greece, Liana Kanelli, criticized Athens for completely pinning its hopes on France, saying that Paris was only supporting Greece for its own interests in the Eastern Mediterranean. She referred to Turkey as a regional superpower.

“Nobody is coming to Greece because they love us. They are going to die for Greek interests,” she told a live broadcast.

Calling Athens’ cooperation with Paris a “fatal mistake,” Kanelli, who is also a journalist, said while some chant in favor of Greece and France, they should remember former French President Giscard d’Estaing, who initially supported Greece's entry into the EU but later said Athens should be suspended from the bloc over its monetary policies.

D’Estaing had called Greece's adoption of the euro in 2001 a "mistake," claiming its leaders "neither wanted nor planned to follow eurozone policies" on limiting debt or deficits.

D’Estaing's comments echoed those of former Prime Minister Alain Juppe, a leading candidate for the French presidency in 2017, who said that Greece should be helped to leave the euro "without drama."

Turkey and Greece have been at odds over numerous issues, but that of gas exploration in the Eastern Mediterranean has especially heightened tensions between the two neighbors.

Turkey has argued that the sides should instead sit down for dialogue to achieve a win-win solution based on the fair sharing of resources.