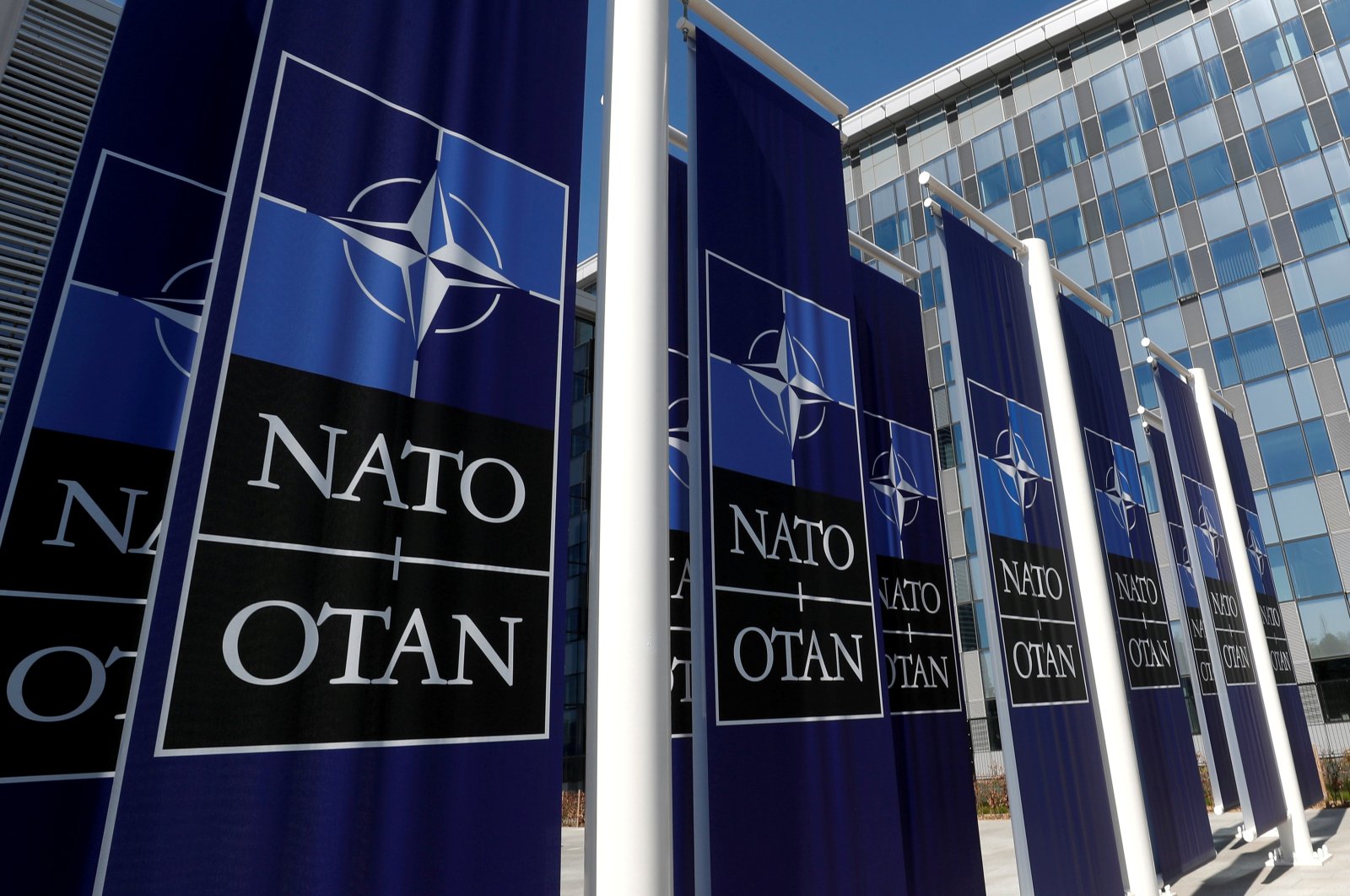 Banners displaying the NATO logo are placed at the entrance of the new NATO headquarters during the move to the new building, in Brussels, Belgium, April 19, 2018. (Reuters Photo)
by DAILY SABAH Dec 03, 2020 4:41 pm
RECOMMENDED

Greece is hindering a NATO-led mechanism to resolve tensions and conflict in the Eastern Mediterranean by refusing to attend talks, security sources said Thursday.

The technical talks on determining the details of the deconfliction mechanism between Turkey and Greece that were to take place on Nov. 30 at the NATO headquarters in Brussels could not be held due to the absence of the Greek delegation.

“The Turkish side has always attended the meetings on determining the military measures on the deconfliction mechanism in the Eastern Mediterranean which were launched with the initiatives of the NATO secretary-general, and will continue to do so,” the sources said.

The sources stated that the plans for further discussions at an Oct. 9 meeting could not be realized due to the Greek side's stance. Additionally, follow-up meetings planned after a meeting on Oct. 16 for the dates of Oct. 23 and Oct. 30 could not take place due to Greece's negative response.

NATO announced in September that, following a series of technical meetings between the military delegations of Greece and Turkey at NATO headquarters in Brussels, a bilateral military deconfliction mechanism was established.

The mechanism is designed to reduce the risk of incidents and accidents in the Eastern Mediterranean and includes the creation of a hotline between Athens and Ankara to facilitate resolving conflicts at sea or in the air.

Although Turkey and Greece had agreed on the general principles of the deconfliction talks in October, hailed by NATO Secretary-General Jens Stoltenberg as a “safety mechanism that can help to create the space for diplomatic efforts to address the underlying dispute,” further talks were obstructed by the Greek side.

Most recently, Stoltenberg on Tuesday reiterated the transatlantic alliance’s commitment to reducing tensions between the two Eastern Mediterranean countries, speaking at a news conference in Brussels after the first day of a NATO defense ministers meeting.

Ankara on Tuesday reaffirmed its readiness for dialogue with Athens following the Turkish research vessel Oruç Reis' return to port.

"As is known, Turkey has been in favor of dialogue without preconditions with Greece since the beginning," Foreign Ministry spokesperson Hami Aksoy said in a statement.

Yet, Turkey’s calls for dialogue and talks have been repeatedly ignored by Greece.

Defense Minister Hulusi Akar in a meeting with high-level Turkish military officials earlier this week underlined that Greece is responsible for the increasing tensions in the region.

“We try to do what we can do to resolve the problems with dialogue, talks, meetings and within good neighborly relations. Unfortunately, our neighbor insistently abstains from holding talks on the issue and seeks solutions at other doors. Though we repeatedly told Athens that no solution can be found through these means, it insists on this policy,” Akar said, adding that Greece is making a mistake by refusing to engage in talks with Ankara.