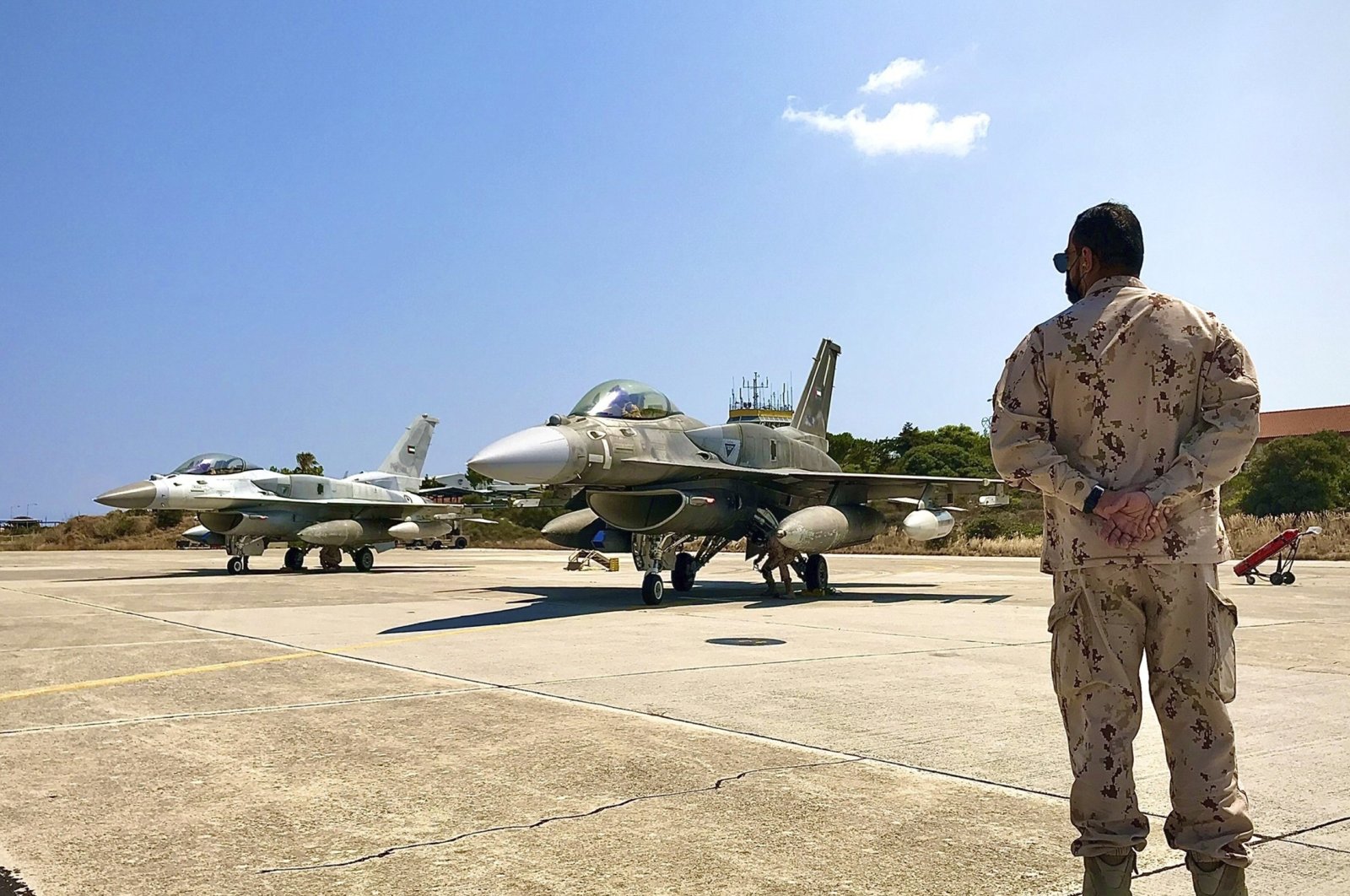 In this photo provided by the Greek Defense Ministry, air force jets from the United Arab Emirates (UAE) arrive at the Souda air base to take part in joint training with Greek forces, on the southern island of Crete, Greece, Aug. 27, 2020. (AP Photo)
by daily sabah Aug 28, 2020 11:44 am
RECOMMENDED

Greece would lose control of many of the islands in the Mediterranean and Western Thrace if it decides to go to war with Turkey, a retired military officer and security analyst said.

Noting that Greece has been trying to gain an advantage by heightening tensions, "Greece is used to winning at the table and wants to maintain the same habit today,” retired Col. Ünal Atabay told Yeni Şafak daily on Friday.

Atabay claimed that Turkey would take warfare into consideration if a violation directly targets its rights, even though Ankara is in favor of resolving problems diplomatically, but Greece says it is only open to discussions on exclusive economic zones (EEZ) and its continental shelf.

He said Athens has armed the Aegean islands even though they should’ve been disarmed and increased its continental shelf in the Ionian Sea to 12 miles (19 kilometers) from 6 miles. Athens also continues to use 10 miles of airspace instead of 6 miles.

Noting that Greece is not legally entitled to claim rights in the Eastern Mediterranean, Atabay said Athens has been trying to establish a continental shelf through its islands, which violates maritime law.

Accusing Greece of having an aggressive doctrine in the region, Atabay said Athens consistently tries to create tensions so that the other side is forced to take a step back or negotiate on their unrealistic demands.

Similar remarks about Greece being isolated if it goes into war with Turkey were made by Theodora Bakoyannis, a former Greek foreign minister. Bakoyannis claimed that going to war with Turkey is not logical because “nobody will sacrifice themselves” for Greece.

Relations between the two countries have been strained over a number of issues, including the dispute in the Eastern Mediterranean, the Cyprus issue and Greece’s protection of Gülenist Terror Group (FETÖ) fugitives who took part in the failed coup attempt in 2016 and more.

The two countries also have diplomatic problems over the rights of Turkish-Muslim and Greek-Orthodox communities, as well as Greek support for or inaction toward terrorist groups targeting Turkey.

Greece claims that even its smaller islands that span the Aegean and Eastern Mediterranean – many of which are only a few kilometers from Turkey's mainland – provide maritime rights and have a continental shelf.

Athens claims 40,000 square kilometers (11,660 square nautical miles) of the maritime jurisdiction with the zone that it attributes to the 10-square-kilometer (2,470-acre) island of Kastellorizo (Megisti-Meis), which is 580 kilometers (313 nautical miles) from its mainland.

However, it compromised its claims in its agreement with Egypt, restricting the continental shelf of the islands that it traditionally defended.

It thus refuted its own claims that the continental shelves of the islands could not be restricted.

The two countries came to the brink of war in 1996 over the uninhabited Kardak islets, situated between the Greek island chain of the Dodecanese and the southwestern mainland coast of Turkey.

The crisis was triggered when a Turkish vessel shipwrecked on the islets on Dec. 25, 1995. Athens claimed that the accident took place in its territorial waters, but Ankara denied it, claiming that the islets belonged to Turkey.

Turkey's only woman prime minister, Tansu Çiller, said at the time that Turkey was ready for a military operation and sent troops to the western islet to plant the Turkish flag.

Three Greek soldiers – Christodoulos Karathanasis, Panagiotis Vlahakos and Ektoras Gialopsos – were killed during a reconnaissance mission when their helicopter, which took off from the Greek frigate Navarino, crashed on Jan. 31, 1996, at the height of the crisis.

Meanwhile, Germany has been trying to defuse current tensions between the two countries, while France has sided with Greece and has been carrying out joint military drills in the area.