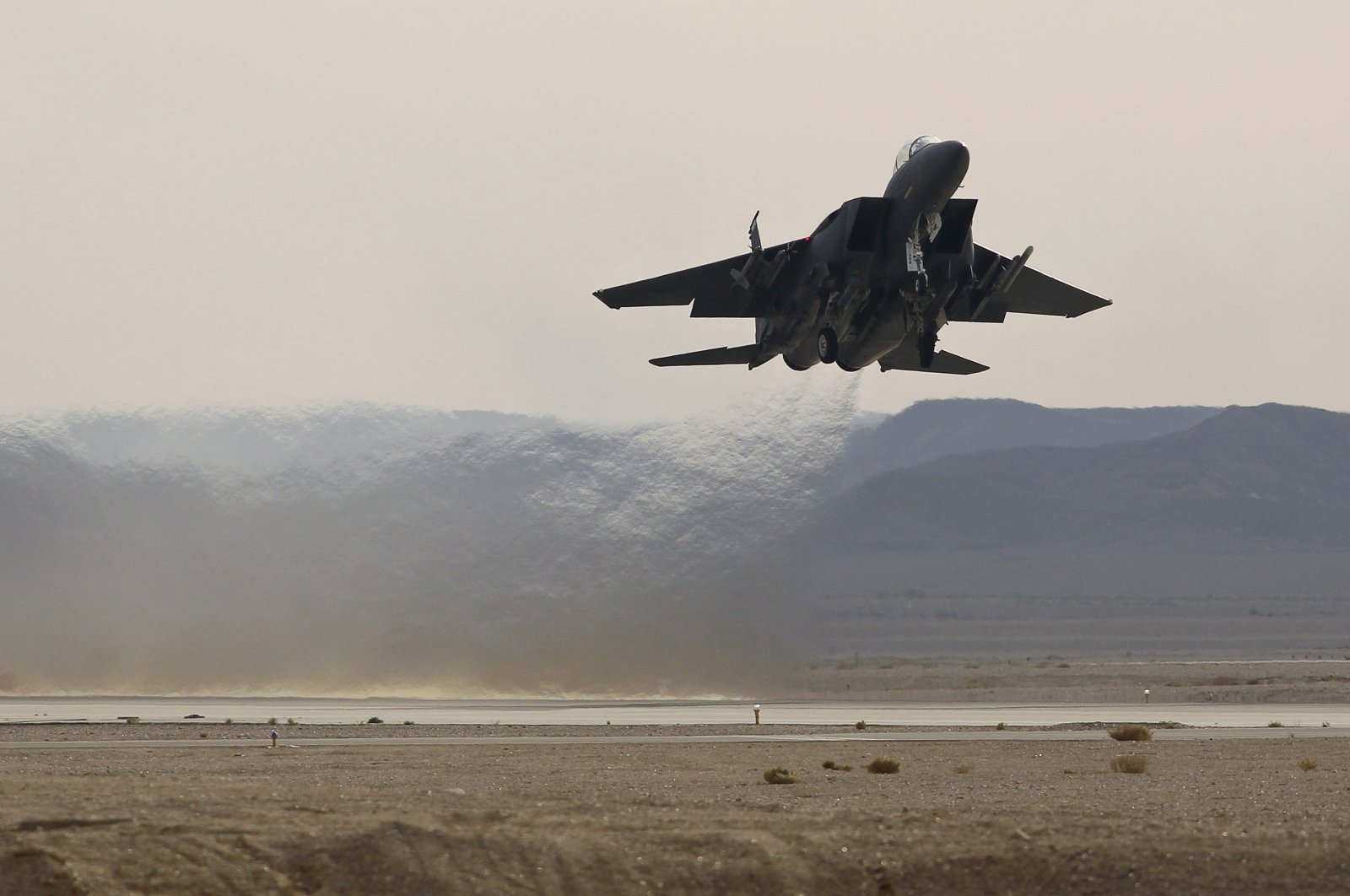 The U.S. contested Greece’s claims about its airspace extending up to 10 nautical miles, noting that it does not coincide with international law.

A report was prepared for Congress as part of the Eastern Mediterranean Security and Energy Partnership Act upon Greece’s request for a list of alleged violations by Turkish fighter jets, but the U.S. State Department said it was unable to provide the full list due to the disagreement about the extent of Greek airspace.

“Under international law, a country’s airspace coincides with its territorial sea. The U.S. thus recognizes an airspace up to 6 nautical miles consistent with territorial sea. Greece and the U.S. do not share a view on the extent of Greece’s airspace,” the report said.

Greece increased its continental shelf in the Ionian Sea to 12 miles (19 kilometers) from 6 miles and continues to use 10 miles of airspace instead of 6 miles.

“Greece and its neighbors have not agreed on boundary delimitation in those areas where their lawful maritime entitlements overlap,” the State Department report said, adding that this blurs the extent of Greece’s territorial sea and corresponding airspace, which makes it impossible to assess total violations in the areas.

The report continued by saying that the U.S. is in favor of a peaceful resolution of the maritime boundary issues between Greece and Turkey in line with international law.

In 1930, Greece unilaterally extended its airspace over the Aegean Sea to 10 nautical miles from 6. Since then, Athens has been claiming that Turkish fighter jets carrying out missions within the 6-10 mile boundary are violating Greek airspace, contrary to international law.

Relations between the two countries have been strained over a number of issues, including the dispute in the Eastern Mediterranean, the Cyprus issue and Greece’s protection of Gülenist Terror Group (FETÖ) fugitives who took part in the failed coup attempt in 2016, among other things.

The two countries also have had diplomatic problems over the rights of Turkish-Muslim and Greek-Orthodox communities, as well as Greek support for or inaction toward terrorist groups targeting Turkey.

But the ongoing dispute specifically involves the Eastern Mediterranean, where Turkey sent the seismic research vessel Oruç Reis to carry out exploration activities.

Greece claims that even its smaller islands that span the Aegean and Eastern Mediterranean – many of which are only a few kilometers from Turkey's mainland – provide maritime rights and have a continental shelf.

Athens claims 40,000 square kilometers (11,660 square nautical miles) of maritime jurisdiction in the zone that it attributes to the 10-square-kilometer (2,470-acre) island of Kastellorizo (Megisti-Meis), which is 580 kilometers (313 nautical miles) from its mainland.