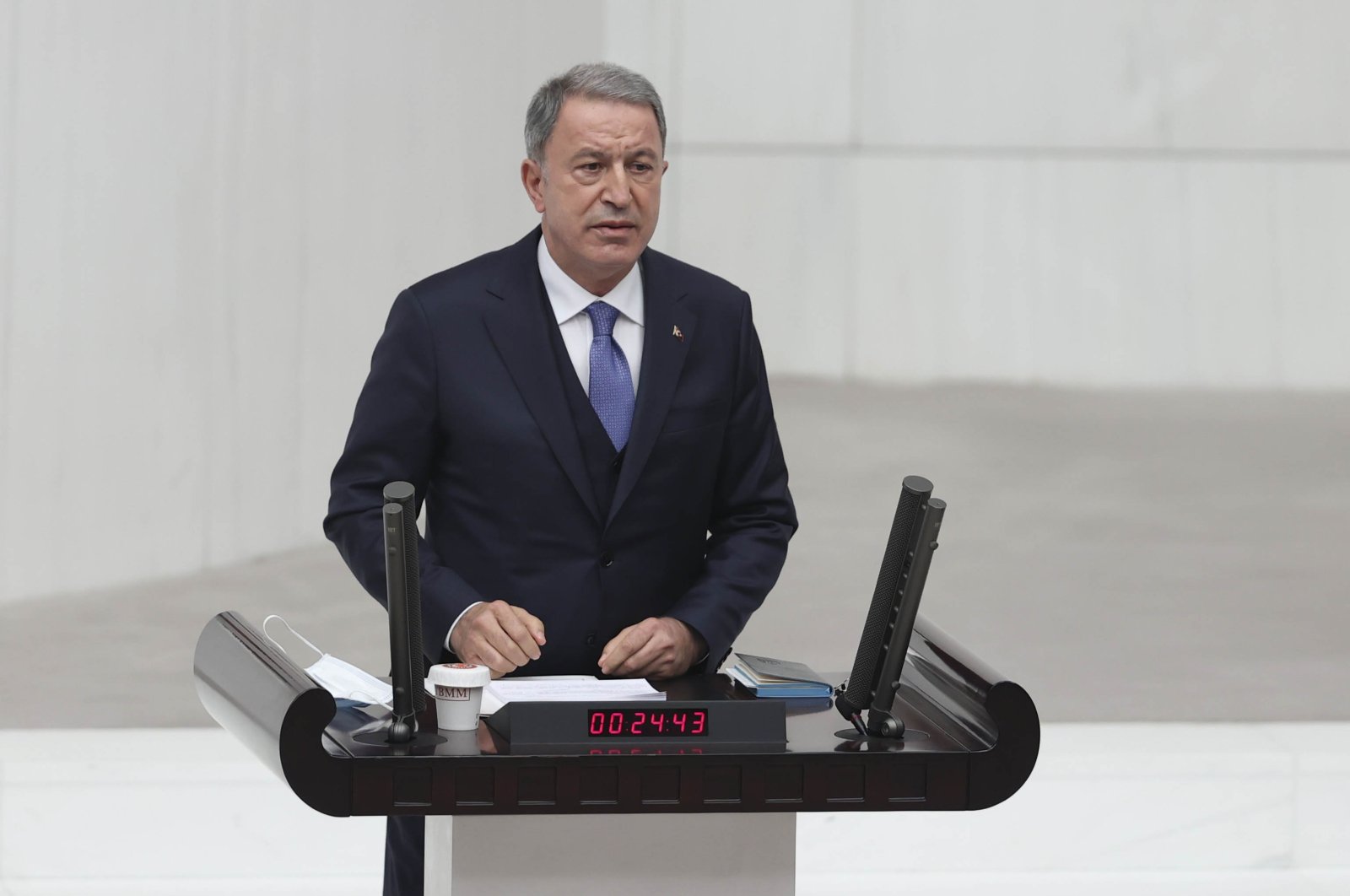 Greece's Navtex in the Eastern Mediterranean is nothing but harassment, Turkish Defense Minister Hulusi Akar said on Monday, expressing that such actions are not conducive to "good neighborly ties."

"(These Navtexes) are being abused by our neighbor (Greece)," Akar said.

Criticizing Greece's encouragement of the European Union imposing sanctions on Turkey, Akar underlined that such a move would only lead to a "dead-end."

"Greece, instead of having talks with Turkey, relies on the EU. They need to realize that this is a dead-end," the minister emphasized.

Ankara and Athens have attended NATO-led deconfliction talks aimed at reducing the risk of incidents and accidents in the disputed zone and created a hotline to facilitate the resolution of hostilities at sea and in the air. Greece, however, has been keeping dialogue channels closed.

Turkey has also criticized the EU's stance on the Eastern Mediterranean conflict, calling on the bloc to adopt a fair attitude regarding the dispute and to quit favoring Greece under the pretext of EU solidarity.

Turkey further urged the EU to adopt a principled and strategic stance in the common problems Ankara and Brussels face.

Since 2004, Turkey and the Turkish Republic of Northern Cyprus (TRNC) are the only states that have pursued constructive and positive initiatives for the hydrocarbon resources in the Eastern Mediterranean to become an element of stability rather than tension, the ministry continued. Greece, with France's support, has disputed Ankara's energy exploration, trying to box in Turkish maritime territory based on small islands near the Turkish coast.