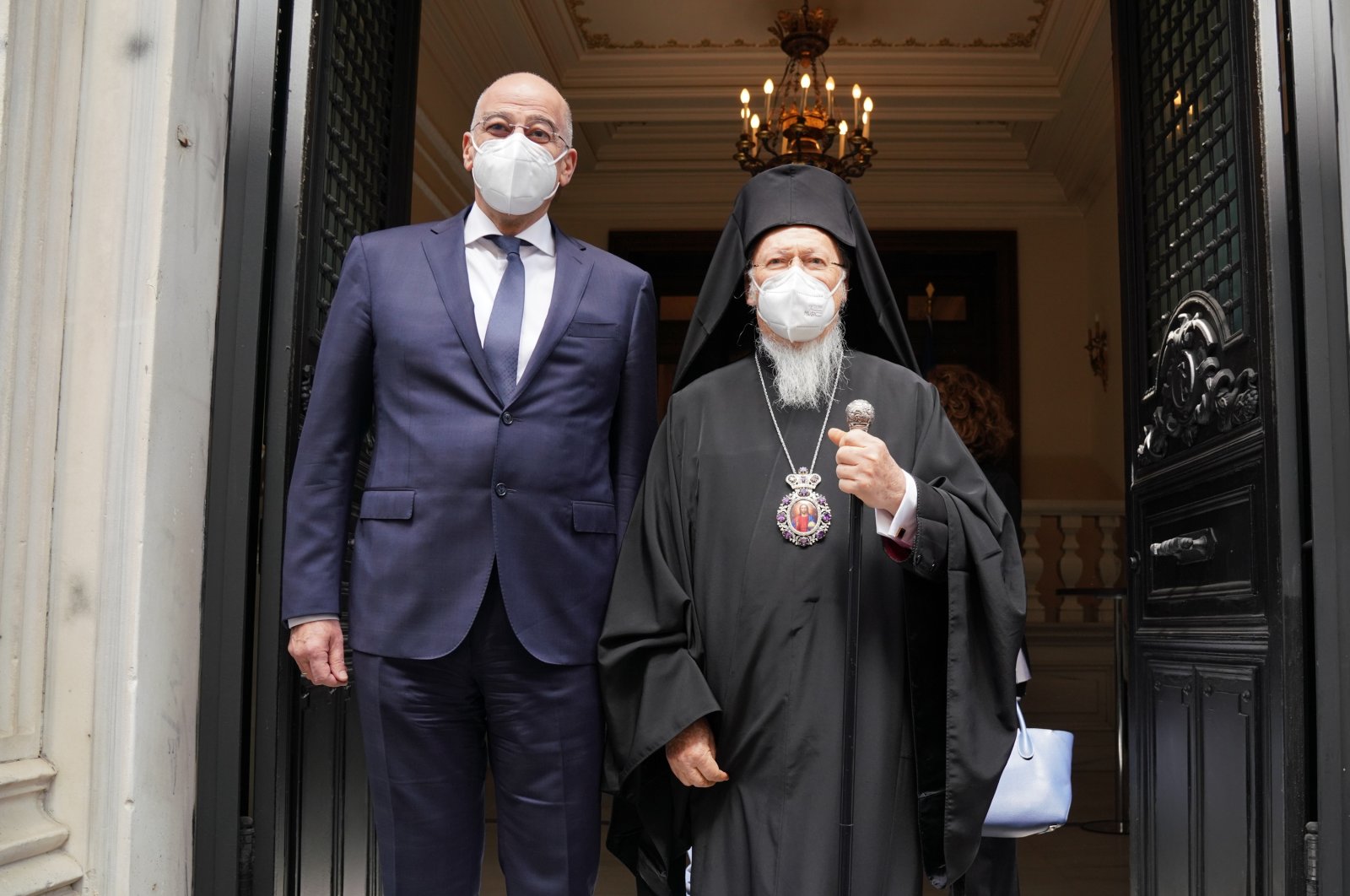 Visiting Turkey for talks with the Turkish government over bilateral relations and the Eastern Mediterranean that are scheduled to be held Thursday, Dendias came to Istanbul as his first stop before moving to Ankara.

Dendias and Bartholomew held a meeting that was closed to the press in Greece's Istanbul Consulate General. Dendias is expected to go to Ankara later in the day for a meeting with Foreign Minister Mevlüt Çavuşoğlu.

Patriarch Bartholomew and Dendias held a press conference following the meeting and made a brief statement on the topics they discussed. Explaining that they had a sincere conversation with Dendias, Bartholomeos said, "Our patriarchate has the authority in several regions of Greece. We have expressed the issues that concern these regions in terms of the church. In addition, we have sent our thanks to (Greek) Prime Minister (Kyriakos) Mitsotakis for his interest to our patriarchate and for his always expressed respect."

Dendias, for his part, said that he is happy that he will be meeting with Çavuşoğlu.

The minister then had a short walk to visit a private Greek school in nearby Taksim.

Dendias last week stated that he will visit Turkey as long as the "positive attitude from Ankara" continues and expressed his intentions for bilateral negotiations to be relaunched.

Last month's talks were the second meeting this year after the two sides met in Istanbul in January, ending a nearly five-year pause in the dialogue – taking place only after European Union pressure.

The latest talks did not start on the best foot after a diplomatic note from Ankara a day earlier drew a line in the sand. The note was addressed to Israel, Greece and the EU, telling them to seek Ankara's permission before proceeding with work on a proposed undersea power cable in disputed Eastern Mediterranean waters.

The two NATO allies have been at odds over a number of decades-old issues, including the extent of their continental shelves, overflights in the Aegean Sea and the ethnically split island of Cyprus. Turkey, which has the longest continental coastline in the Eastern Mediterranean, has rejected maritime boundary claims made by EU members Greece and the Greek Cypriot administration, stressing that these excessive claims violate the sovereign rights of both Turkey and the Turkish Republic of Northern Cyprus (TRNC). Both sides cite a range of treaties and international agreements to support their conflicting territorial claims.