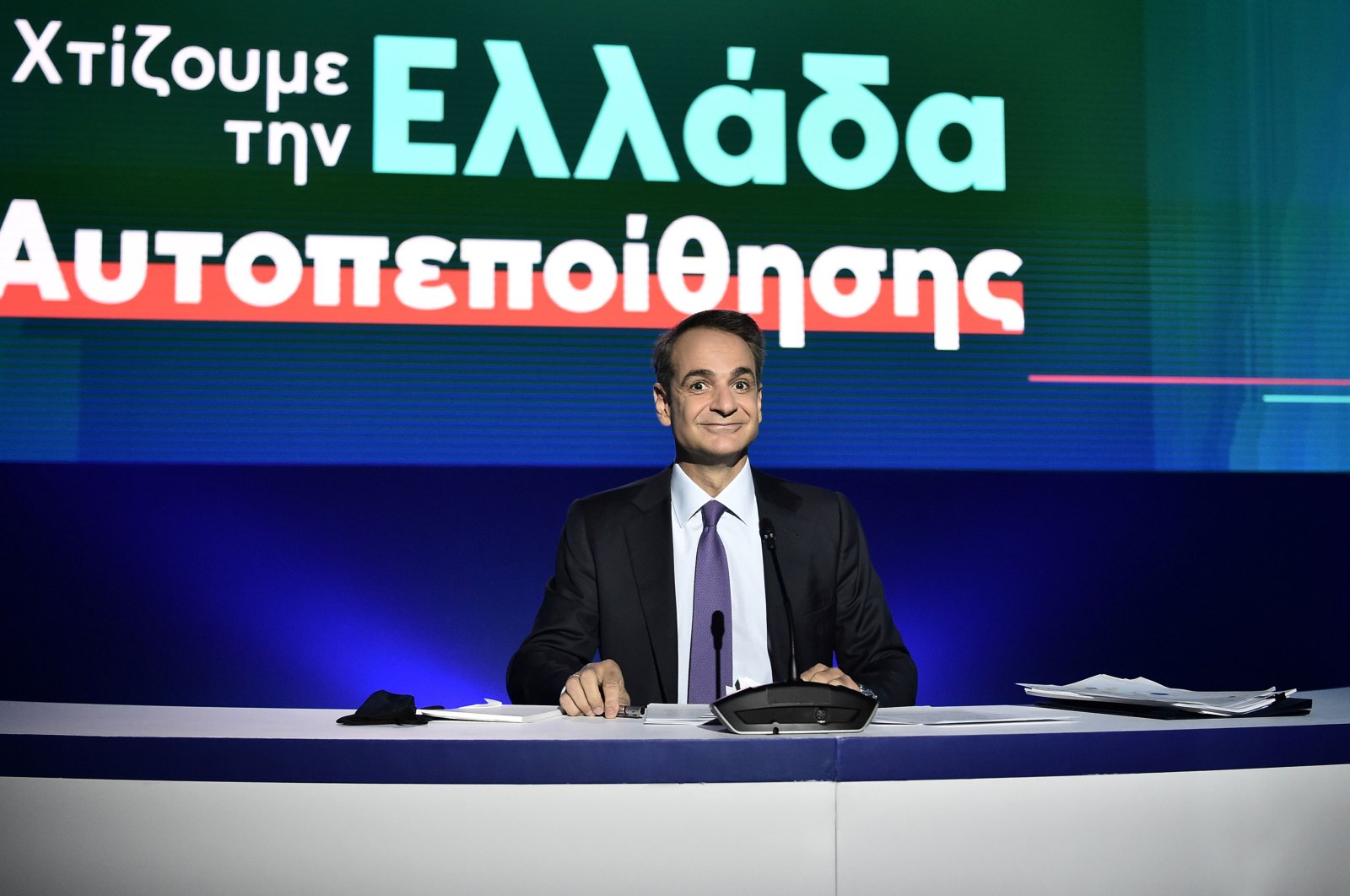 The Greek prime minister on Sunday said he is ready to talk with the Turkish president if the tension between Greece and Turkey eased, as he welcomed the return of Turkey’s seismic exploration vessel to the Antalya port.

The return of Oruç Reis from the Mediterranean to the country's Antalya port is "a first positive step," said Prime Minister Kyriakos Mitsotakis at a forum held in Thessaloniki city.

“If we see signs of deescalation in practice ... I will be the first to sit at the negotiating table," the Greek PM said.

He said the beginning of exploratory talks depends on general approaches.

He said the first order of French Rafale-type warplanes will arrive in mid-2021, while others will be delivered in early 2022.

The prime minister, however, claimed that Athens would not enter the "arms race and that mistakes in defense in the past will not be repeated."

France, already at odds with Turkey over Libya and Syria, has sent in its own naval ships into the region to support Greece, which announced major new arms purchases on Saturday, including French-made Rafale fighter jets.

The decision to send the Oruç Reis ship to map out potential gas and oil drilling spots is seen as part of Turkey's so-called "Blue Homeland" strategy of staking out claims to energy resources in the Eastern Mediterranean.

The lack of agreed maritime borders between Turkey and Greece, or Turkey and Cyprus, have led to tensions since the discovery of major hydrocarbon reserves in the region in the past decade.

Turkey has consistently opposed Greece's efforts to declare an exclusive economic zone based on small islands near Turkish shores, violating the interests of Turkey, the country with the longest coastline in the Eastern Mediterranean.

Ankara has also said energy resources near the island of Cyprus must be shared fairly between the Turkish Republic of Northern Cyprus and the Greek Cypriot administration.