Greek side showed they do not want solution in Cyprus: Erdoğan 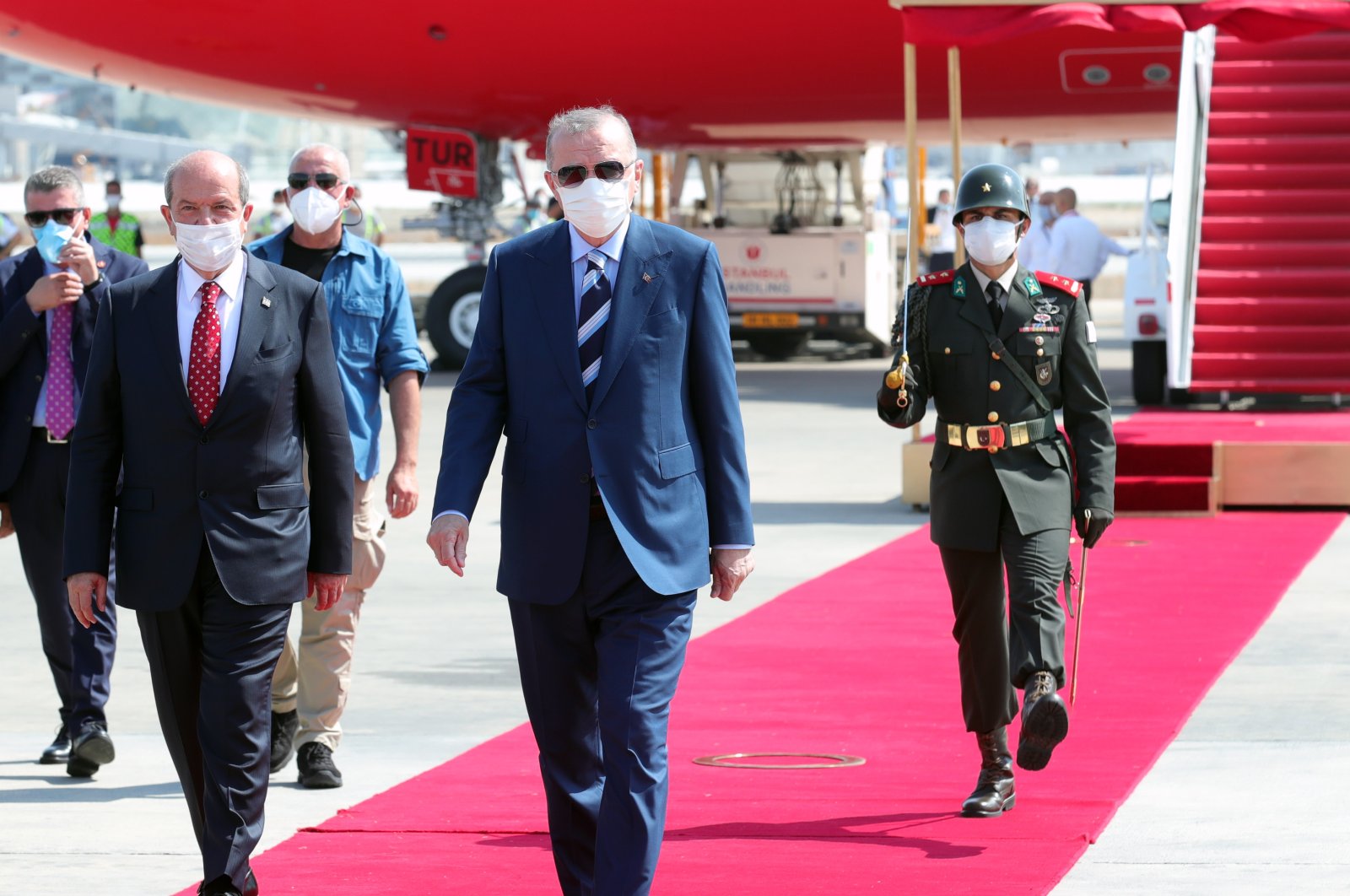 President Recep Tayyip Erdoğan gave a speech to the Turkish Cypriot Parliament in Nicosia (Lefkoşa) late Monday, underlining that the Greek side has shown many times that it does not want a real solution to the island's ongoing problems.

"Turkey and the Turkish Republic of Northern Cyprus are continuing a positive agenda," he said.

"But the Greek side, which left the Crans-Montana talks, show that they do not want a solution."

Greece and the Greek Cypriot side, which left the table on the first day of the Geneva talks, aimed at reaching a comprehensive solution in Cyprus on Jan. 12, attempted to make the Turkish side leave the table during the new talks in Crans-Montana.

The talks, which began on June 28 and were monitored by U.N. Secretary-General Antonio Guterres's Special Adviser on Cyprus Espen Barth Eide, failed after 10 days of intense discussions.

"Greek side is pretending to defend a federation on the island," Erdoğan further added.

"Nevertheless, we are not going to spend another 50 years without a proper solution."

"Turkey steadfastly supports the solution proposal put forth by Turkish Cypriot President Tatar, which foresees a two-state solution on the island," he said.

Erdoğan also shared that a new presidential complex and a new parliament building will be built in the Turkish Republic of Northern Cyprus.

Every year the Turkish Republic of Northern Cyprus (TRNC) celebrates July 20 as its Peace and Freedom Day to mark the operation – a large-scale military intervention to protect Turkish Cypriots from the violence that struck the island in 1974.