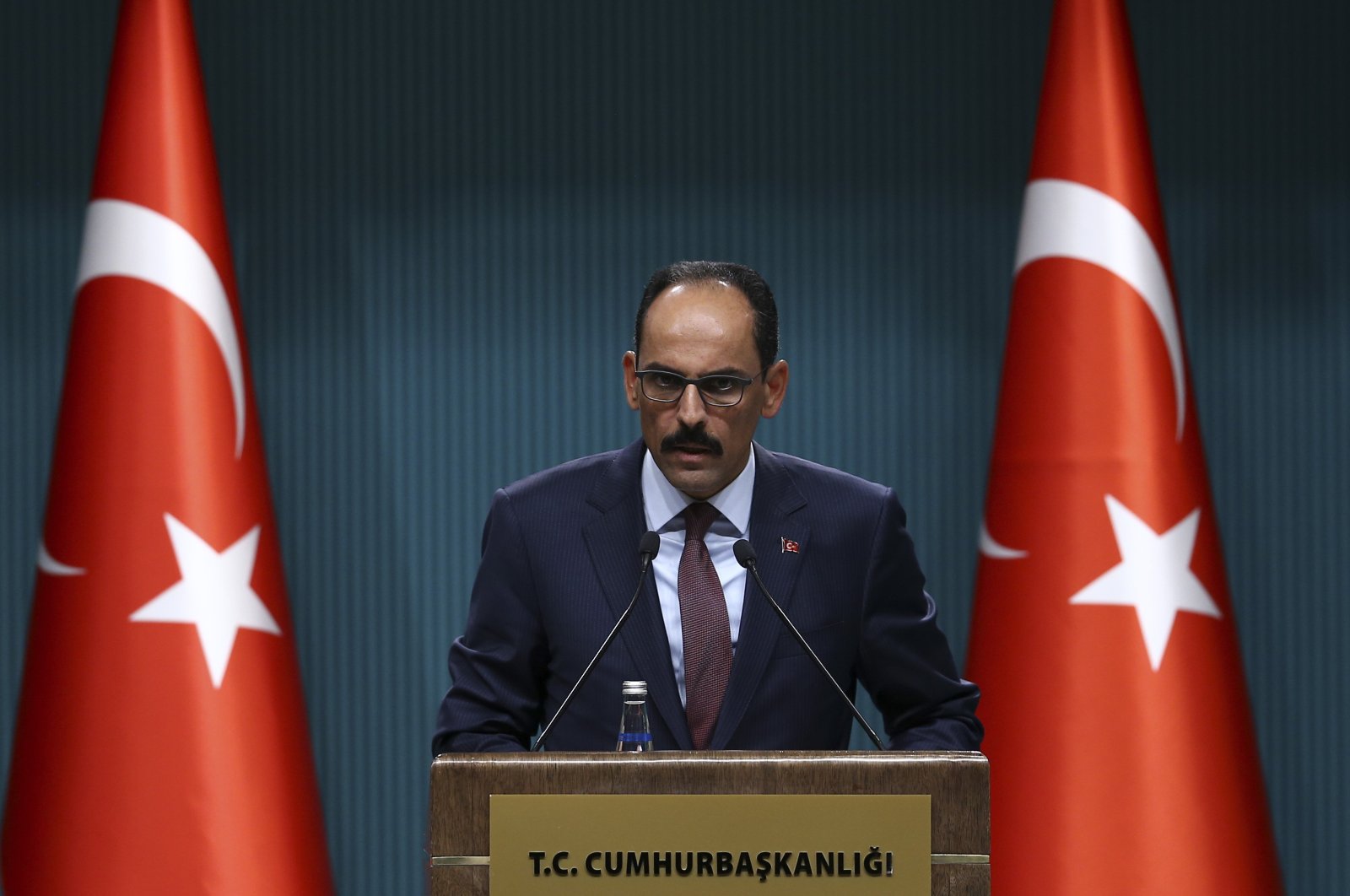 In an interview with France 24’s Marc Perelman, Ibrahim Kalin said Turkey is looking for a political solution in the North African country and not encouraging the legitimate government led by Fayaz al Sarraj to seek military concentration with Haftar.

However, Kalın added that Turkey’s support for the Libyan government has provided balance in the fight against Haftar and his militias.
Kalın also pointed out that Haftar has been supported by foreign mercenaries from Russia’s Wagner group as well as western and African mercenaries working for companies based in the UAE.

He added that countries such as France which had supported Haftar had been clearly wrong.

The government forces, with growing support from Turkey, have chalked up a series of victories in recent weeks largely thanks to their air superiority.

On Monday, Libya's army retook al-Watiya air base occupied by Haftar's militias, a key air base now back under government control after some six years under putschist forces.

The government forces said Saturday they had seized three barracks south of the capital, days after Haftar's forces announced their fighters would pull back from some positions south of Tripoli.

Government forces said Monday some "1,500 to 1,600 mercenaries" had fled from the frontlines in Tripoli to Bani Walid, around 145 kilometers (90 miles) southeast of the capital.