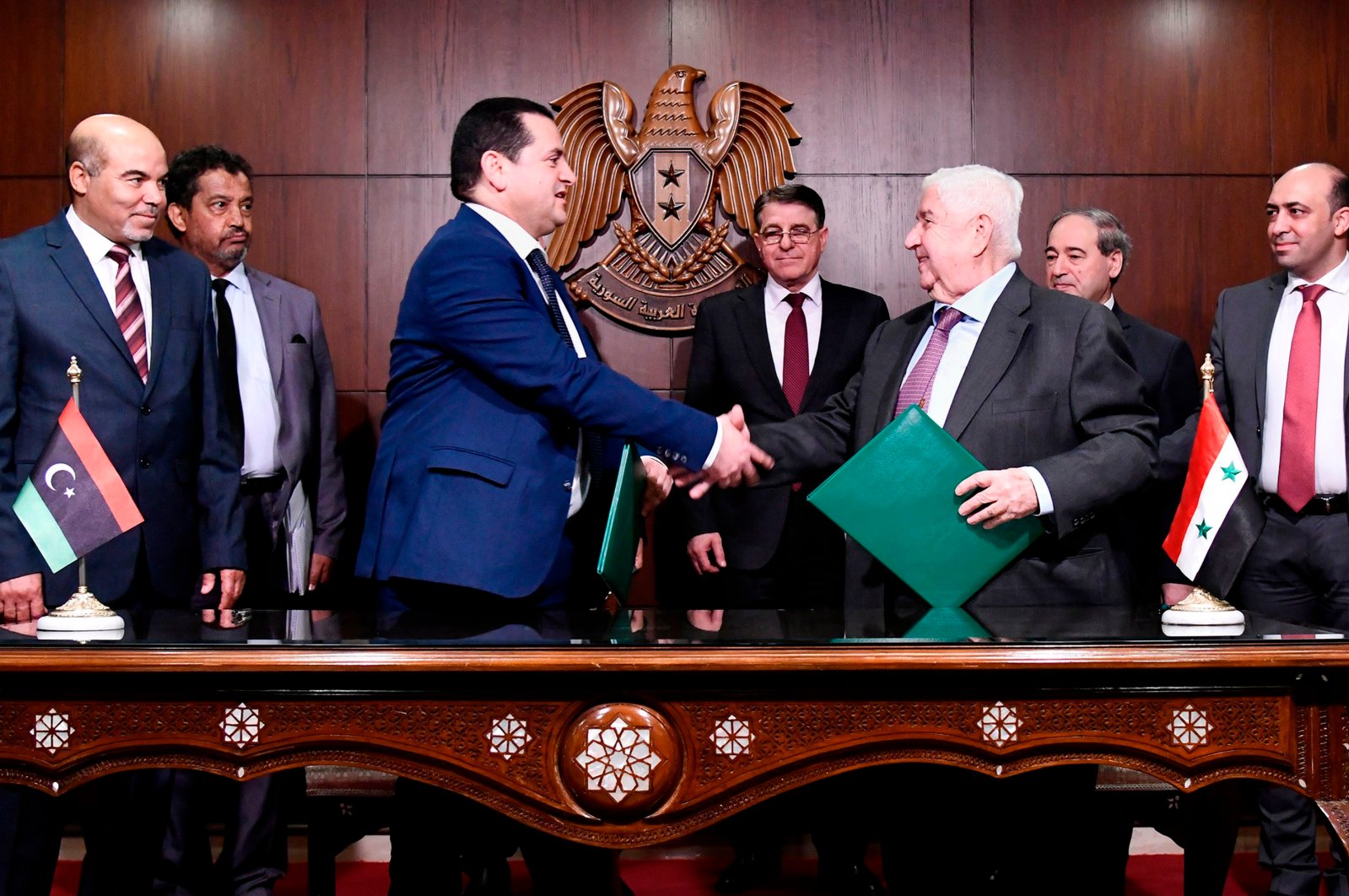 According to the report, a committee of senior officials loyal to Haftar met the regime members, including Syrian Deputy Foreign Minister Faisal Mekdad, in Damascus to discuss political and security coordination and information sharing, especially in regard to their fight against Turkish and Turkey-backed forces.

The agreements included a 46-article memorandum of understanding (MoU) of committing Damascus and Tobruk to “reactivating” ties, reopening diplomatic missions and coordinating both countries’ stances at international and regional forums, particularly against Turkey.

The meeting comes as tensions between the regime and Turkey flair in Syria. Ankara launched Sunday an operation against the Assad regime after regime airstrikes killed 34 Turkish soldiers and injured tens of others in Idlib. Turkish soldiers are working to protect local civilians as part of a September 2018 deal with Russia that prohibits any acts of aggression in the de-escalation zone set up around Idlib.