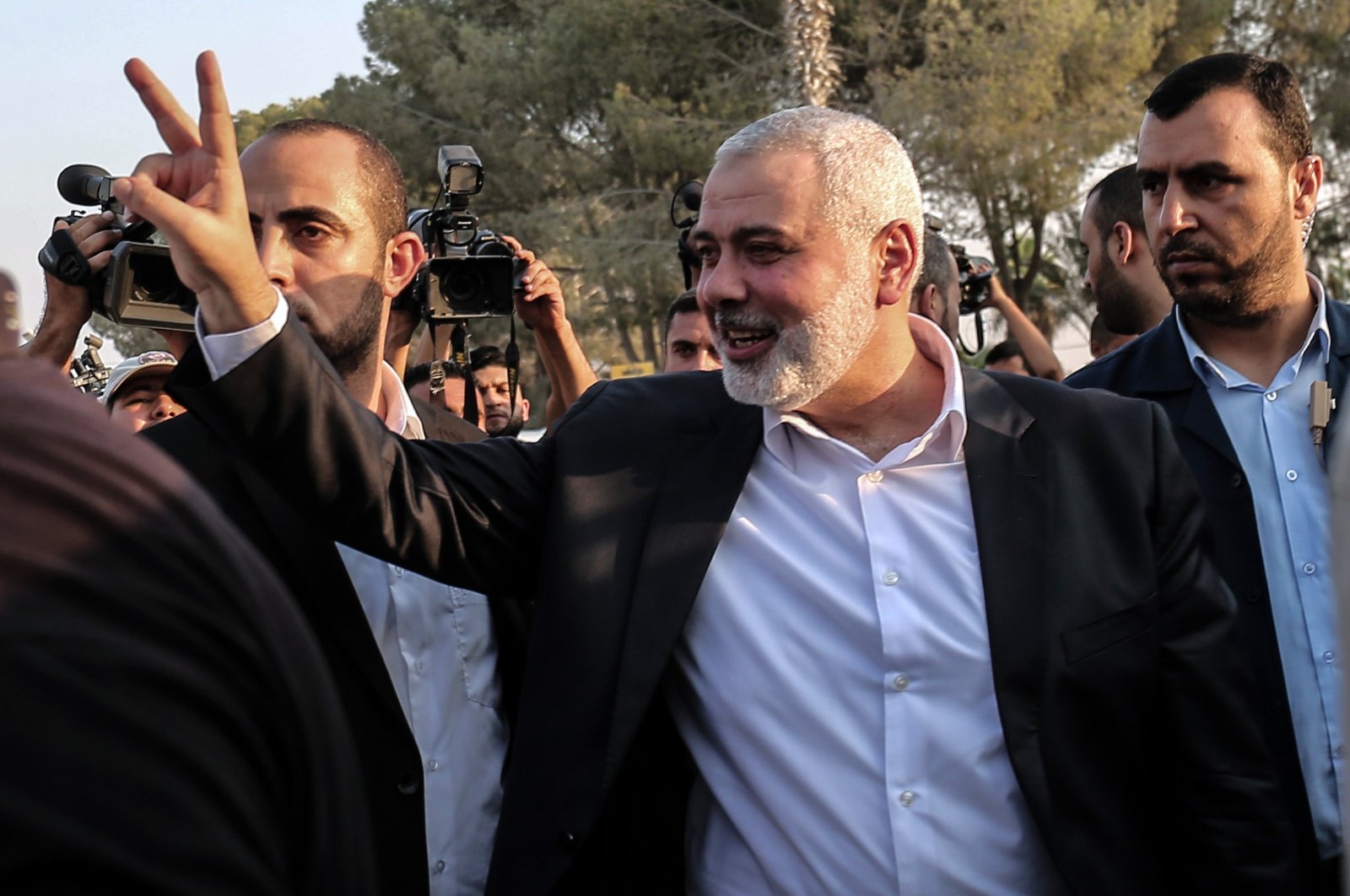 Hamas political chief Ismail Haniyeh flashes the victory gesture upon his arrival on the Palestinian side of the Rafah Border Crossing, in the southern Gaza Strip on Sept. 19, 2017. (AFP File Photo)
by Anadolu Agency Mar 20, 2021 9:08 pm
RECOMMENDED

The leader of the Palestinian group Hamas on Saturday urged Turkish lawmakers to oppose Israeli "crimes," referring to the demolition of Palestinian homes in Jerusalem.

Visiting the city of Istanbul for official talks, Ismail Haniyeh, the political chief of Hamas and other senior members of the group met Turkish officials and legislators, including Hasan Turan, the head of the Turkey-Palestine Parliamentary Friendship Group.

According to a written statement by Hamas, Haniyeh underlined during the meeting that the demolition by Israel of Palestinians' homes and their deportation from Jerusalem, especially the neighborhood of Sheikh Jarrah, must be stopped.

Noting Turkey's "political weight" and "network of international and diplomatic relations capable of taking a positive action for Jerusalem," he called for a common stance against the "crimes against the Palestinian people" with other regional and international parliaments.

He said Israel's decision to evict seven families in the neighborhood in the occupied East Jerusalem would be a "crime against humanity and a catastrophe" for the neighborhood and its residents, who would be rendered homeless.

The Israeli Central Court in East Jerusalem approved a decision to evict seven Palestinian families from their homes in favor of Israeli settlers as of the beginning of this year.

Since 1956, a total of 37 Palestinian families have been living in 27 homes in the neighborhood. However, illegal Jewish settlers have been trying to push them out on the basis of a law approved by the Israeli Parliament in 1970.