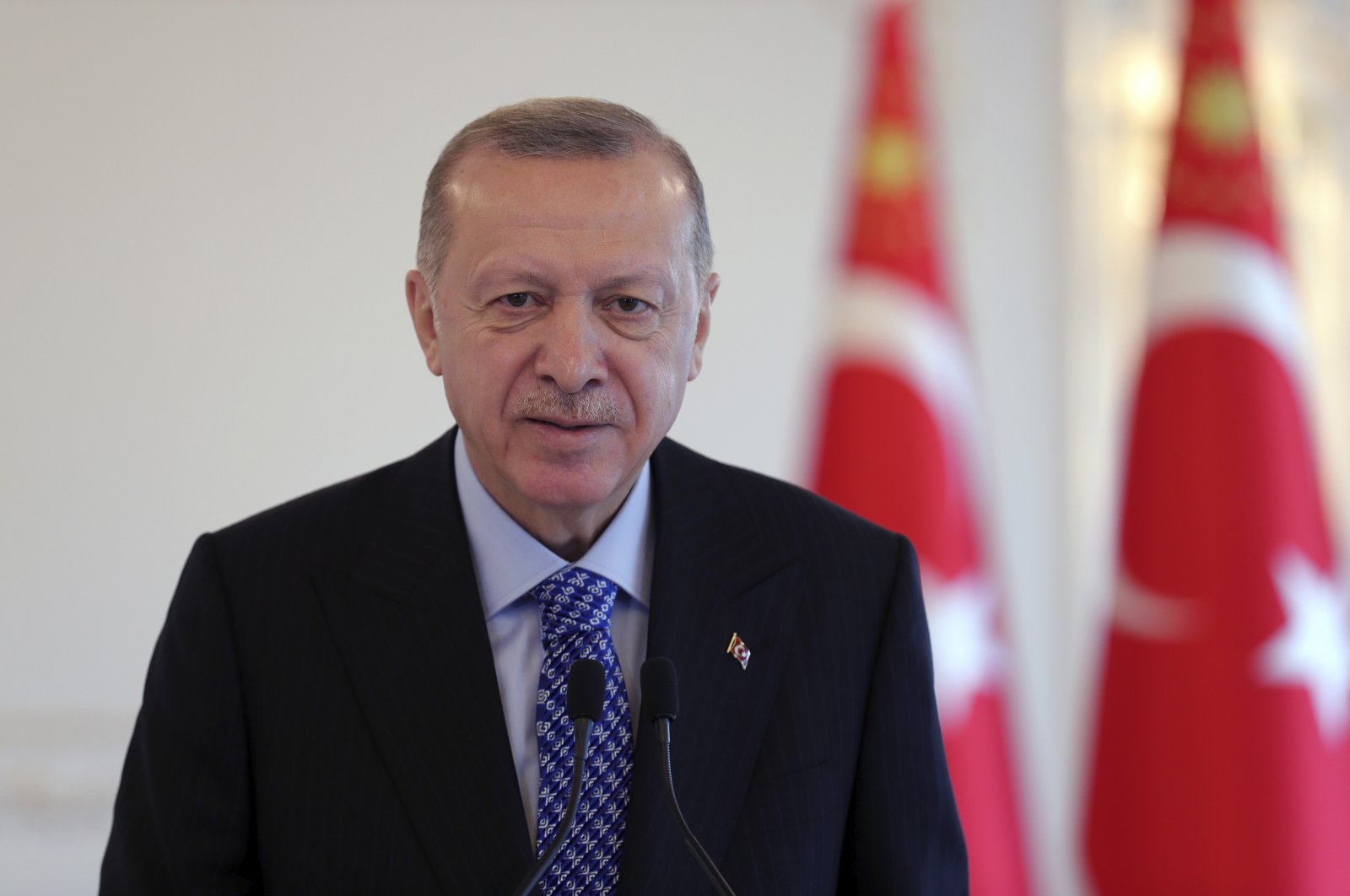 President Recep Tayyip Erdoğan on Thursday highlighted the importance of developing human rights-based mechanisms in the post-COVID-19 era, as he introduced the theme for this year’s Human Rights Day, “Recover Better – Stand Up For Human Rights."

“All policies need to be human rights-based in the post-COVID-19 pandemic world and efficient mechanisms need to be developed to tackle injustices,” the president said in a message released Thursday as he marked Human Rights Day, which celebrates the anniversary of the U.N. General Assembly's adoption of the Universal Declaration of Human Rights (UDHR) in 1948.

In a statement released by the country's Communications Directorate, Erdoğan stressed the continued importance of the declaration, which he said reminds the international community of its responsibilities.

Asserting that Turkey built its administrative system on the principle of "let the people live, so the state may live," Erdoğan underlined the need for an approach focused on the people rather than the state. He noted that, through reforms, Turkey eliminated many obstacles that restricted its citizens' rights and freedoms.

The Turkish leader underlined that by strengthening democracy, accelerating the functioning of law and expanding ways to demand rights, his administration has raised the standards of rights and freedoms in the country since it came to office 18 years ago.

He also emphasized that the Turkish government continues its reforms in line with the demands and expectations of the nation and according to new emerging needs.

"With the COVID-19 pandemic, we see in Western societies that obstacles in exercising inalienable rights guaranteed by this declaration, especially freedom of belief and worship, are increasing. We are faced with a dire picture in which the fundamental freedoms of billions of Muslims, from their right to life to their right to a fair trial, are trampled. Sacred values are humiliated under the guise of freedom of expression, and the language of hate is encouraged at the level of media bodies and the country president," he added.

Underscoring that Turkey voices these threats on all international platforms in which it is a member, Erdoğan said the country sought the full implementation of the declaration, regardless of race, religion or language.

"In the world that will be reshaped after the COVID-19 pandemic, it is necessary to restructure all policies on the axis of human rights and to develop effective mechanisms to eliminate injustices," he added.

He went on to say that Turkey, inspired by its history and civilizational values, will continue to fight for the protection of fundamental freedoms and will be a symbol of hope for the millions who have not had their full freedoms guaranteed by the UDHR over its 72 years.

Erdoğan concluded by expressing hope that the coming days would bring health, peace, prosperity and tranquility to the whole world, adding that celebrating Human Rights Day is a step toward achieving this goal.

In another message, Foreign Minister Mevlüt Çavuşoğlu also marked the day with a Twitter message.

He said that the international community must act together for a more fair and equal world in which the rising racism, Islamaphobia and xenophobia witnessed during the pandemic can be beaten.

The day, celebrated on Dec. 10 each year, focused on the effects of the pandemic this year.

“We will reach our common global goals only if we are able to create equal opportunities for all, address the failures exposed and exploited by COVID-19, and apply human rights standards to tackle entrenched, systematic, and intergenerational inequalities, exclusion and discrimination,” a statement by the U.N. said.

The global body aims to engage the public and its partners to enhance transformative action and display practical examples that can contribute to “more resilient and just societies.”