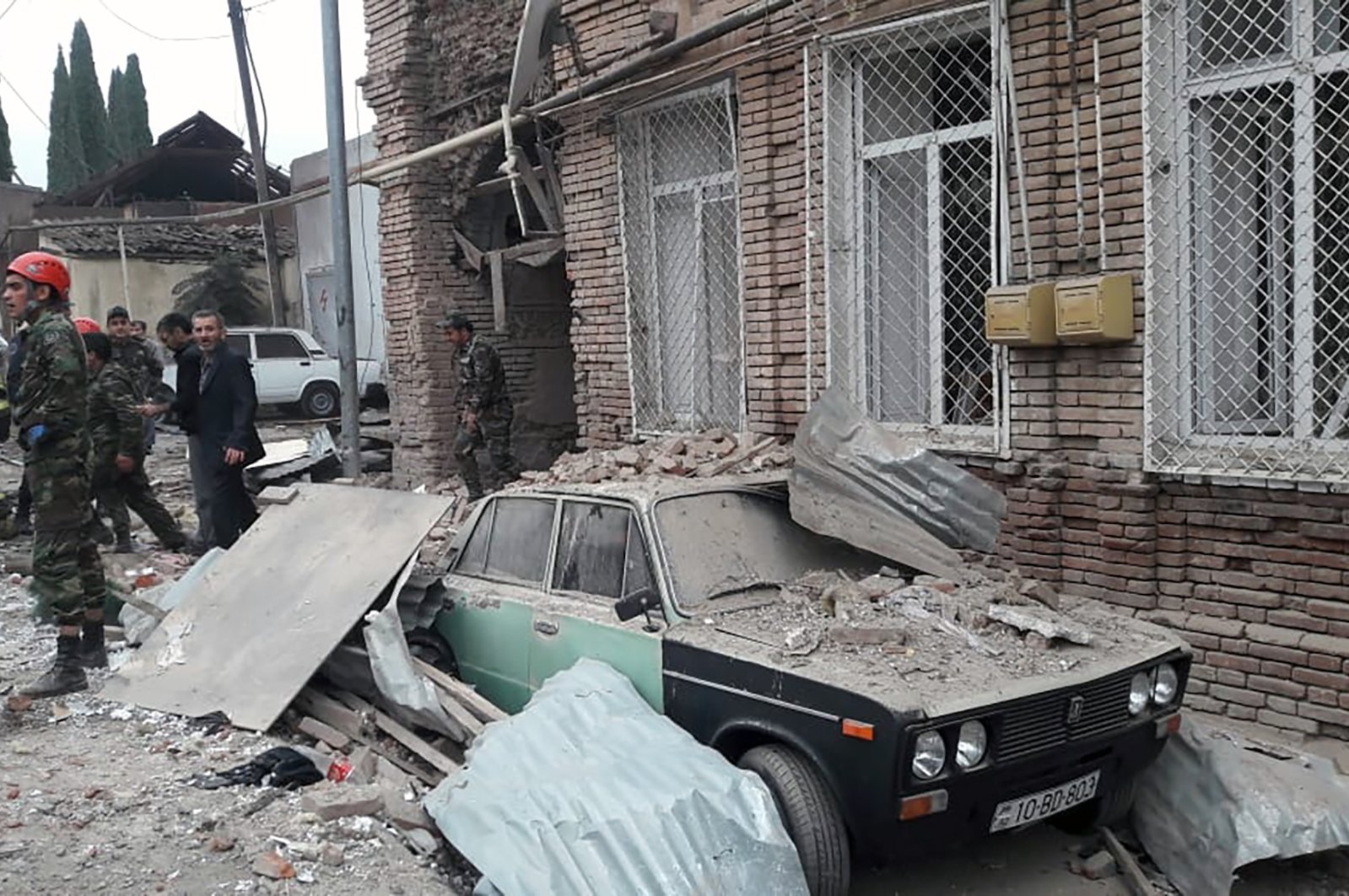 Emergency personnel work at the site of an Armenian rocket strike in Ganja, Azerbaijan, Oct. 4, 2020. (Azerbaijani Presidency/AFP)
by DAILY SABAH Oct 10, 2020 11:44 am
RECOMMENDED

A cease-fire between Azerbaijan and Armenia in the occupied region of Nagorno-Karabakh will not replace a permanent solution to the issue, Turkey's Foreign Ministry said in a statement Saturday.

"The cease-fire, which has been declared for the exchange of prisoners and bodies on humanitarian grounds, is an important first step, but is no substitute for a permanent solution," the ministry said.

The statement reiterated that Turkey would only support solutions agreed on by Azerbaijan.

"With this understanding, (Turkey) will continue to stand by Azerbaijan both in the field and at the diplomacy table," it added.

The came into effect Saturday at 12 p.m. (8 p.m. GMT) to end nearly two weeks of heavy fighting over Armenian-occupied Nagorno-Karabakh. The announcement followed 10 hours of talks in Moscow sponsored by Russian Foreign Minister Sergey Lavrov. It stipulated that the cease-fire should pave the way for talks on settling the conflict.

The Organization for Security and Co-operation in Europe (OSCE) Minsk Group, co-chaired by France, Russia and the United States, was formed in 1992 to find a peaceful solution to the conflict, but to no avail.

A cease-fire, however, was agreed upon in 1994. The United Nations, as well as other international organizations, have frequently demanded the withdrawal of the invading forces.