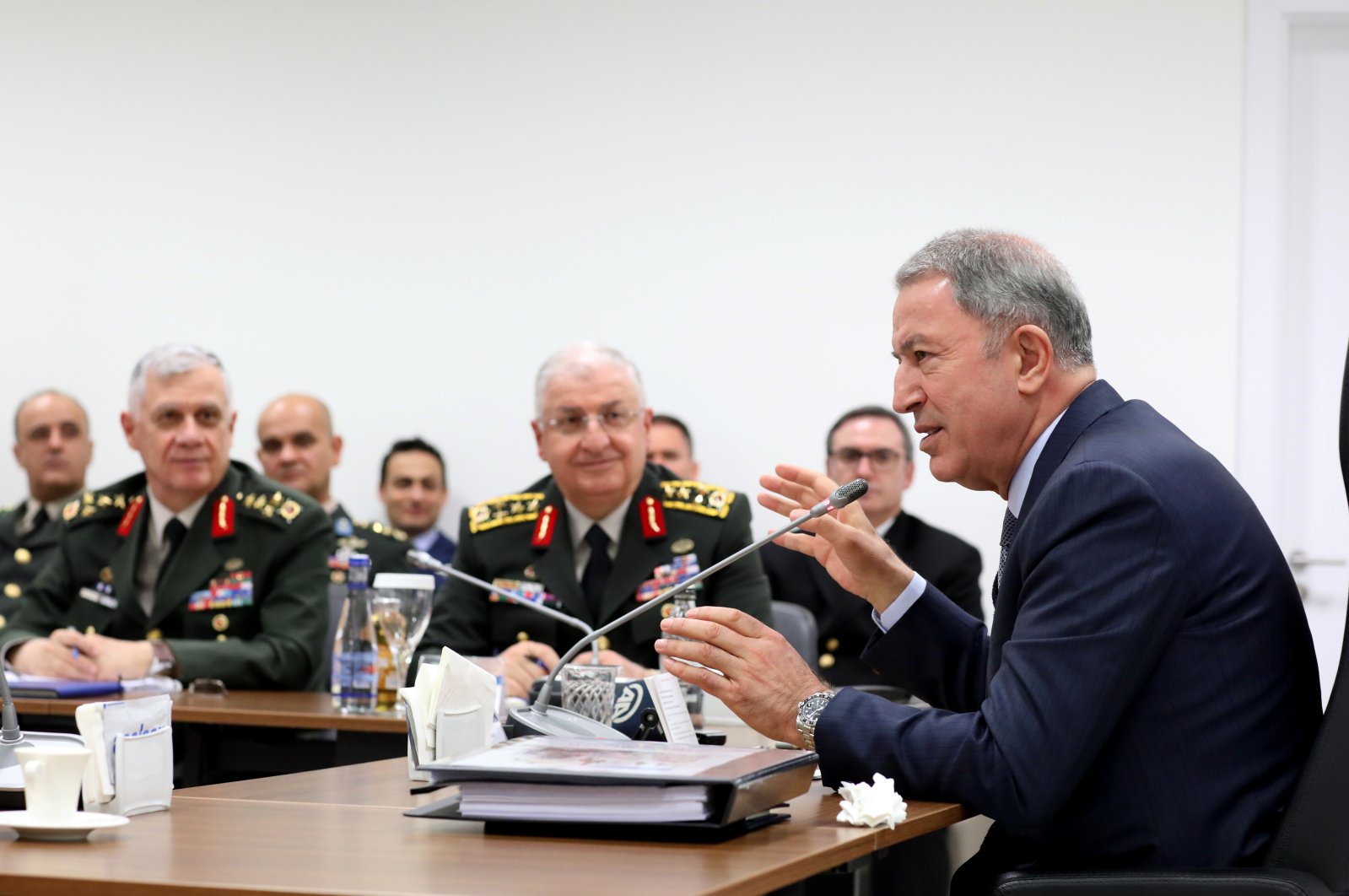 The solution to the crisis in northwestern Syria's Idlib province is closer than ever as Turkey and Russia revealed on Thursday that the two sides have reached an agreement for the most part when it comes to the near future of the region and the terms of the joint patrols.
Defense Minister Hulusi Akar said Thursday that meetings with the Russian military delegation continue and an agreement on the Idlib cease-fire was reached to a large extent but warned that Turkey would retaliate in the case of a violation of the cease-fire.

"The meetings with the Russian delegation continue and an agreement was reached to a large extent. If the Idlib cease-fire is broken and attacks continue, we have said we will continue where we left off and hurt them, our friends are ready."

Saying that the attacks have stopped on the field in northwestern Syria's Idlib province, Akar stated that the field is followed meticulously and with sensitivity. "Our units are on the field; a withdrawal is out of the question," he added, referring to the Turkish soldiers in Idlib within the scope of the Sochi deal.

The minister on Wednesday, the second day of the talks, called the ongoing talks in Ankara with Russian officials on conducting joint patrols and upholding the existing cease-fire in northwestern Syria "positive and constructive."

The patrols are slated to take place along the highway between the settlement of Trumba, 2 kilometers (1 mile) to the west of Saraqib, and the settlement of Ain al-Havr, according to the deal reached last week between President Recep Tayyip Erdoğan and his Russian counterpart Vladimir Putin in Moscow. The centerpiece of the deal was a cease-fire, which commenced Friday.

Some pundits said the beginning of the patrols would help ensure the security of the region as it would stop the Syrian regime from attacking civilians. Turkey's military will patrol to the north of a security corridor being set up around a highway in Idlib and Russian forces will patrol the southern side.

The Syrian regime and its allies, Russia and Iran, have consistently broken the terms of previous cease-fires in the area, one in 2018 and another that began on Jan. 12, launching frequent attacks in Idlib province.

Especially since April 2018, the attacks on the last opposition stronghold dramatically intensified and caused new waves of refugees who have fled toward the Turkish border. Officials have said Turkey, which already hosts 3.7 million Syrian refugees, doesn't have the capacity to accept more.

As a result, Turkey, which has the second-largest army in the transatlantic NATO alliance, has funneled troops and equipment into the region in recent weeks to stop the Syrian regime's advance and the regime violence, which has spurred civilians to flee toward relatively safer areas near the Turkish border.

The minister also mentioned that five top terrorists were killed in northern Iraq in an air- and intelligence-backed operation.
Thanks to the recent deal between Turkey and Russia, life in Idlib is slowly returning to normal. Starting to fill the empty streets, people are trying to leave the bad memories of the regime attacks behind while trying to revive the social and economic life in the city.
People are opening their shops, grocery booths and selling coffee and food on the streets.

"We are happy that there is a cease-fire. We hope that it lasts longer so that people can return to their homes," said Tawfik Molla, one of the booth owners who spoke to Ihlas News Agency (IHA), while thanking Erdoğan for his initiative.
Another booth owner Zakariya Ismail also expressed his gratitude over the recent developments, saying that the city finally enjoys the regularities of a normal, everyday life.
"Now, everything returned to normal in the city and our shops are re-opened. People are flocking to the streets. We are thankful to Turkey for its efforts. We hope that regime would no violate the deal so that we can continue our lives from where we left," said Ismail.
Meanwhile, M4 highway has been also opened to the traffic on Thursday ahead of Turkey-Russia joint patrols.