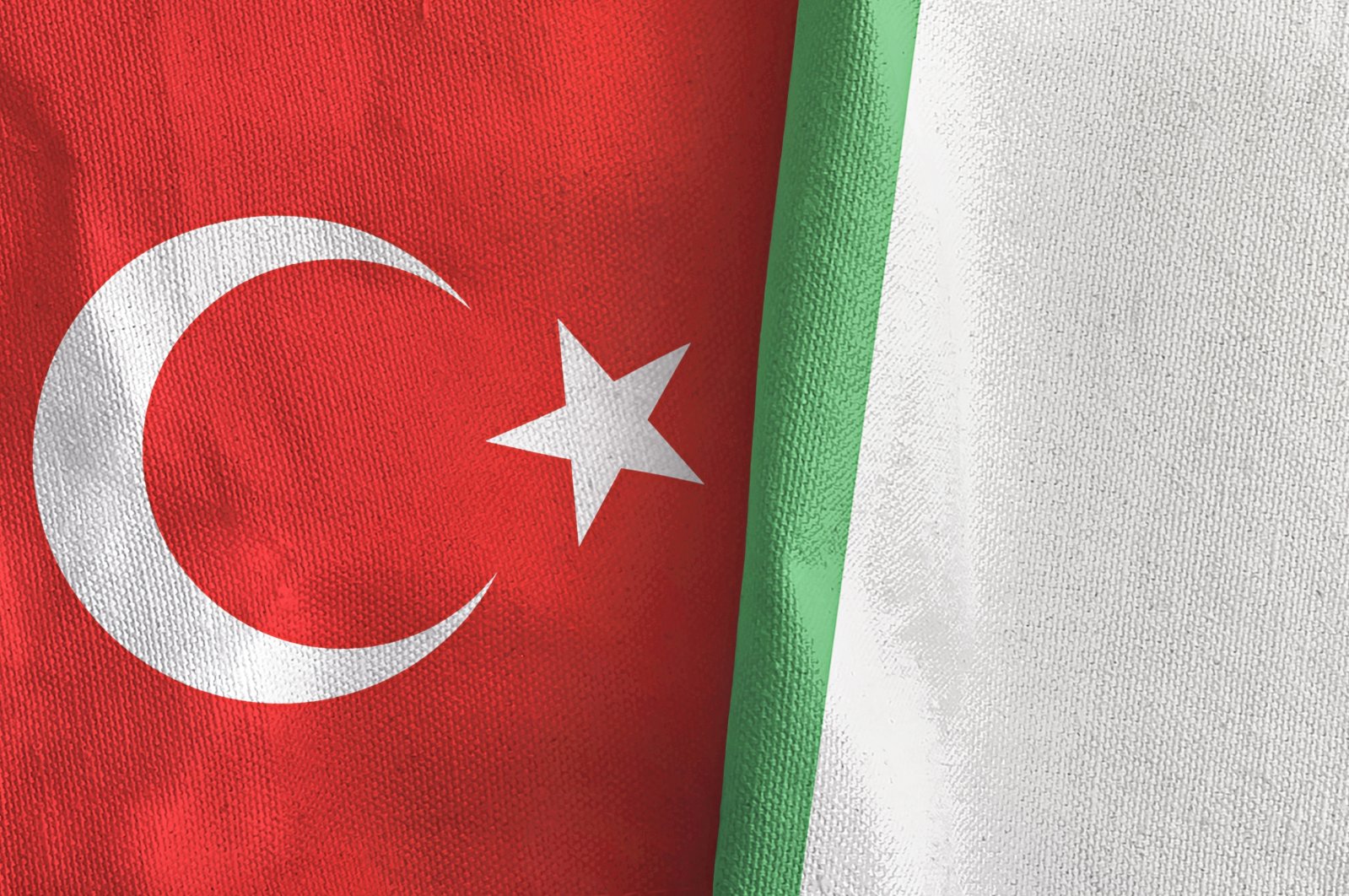 Emphasizing its strong relations with Turkey, especially in terms of trade, economy and regional issues, Italy's Ambassador Massimo Gaiani underlined the need for stability in the Eastern Mediterranean and Libya

An inclusive and fair solution is needed to solve the ongoing Eastern Mediterranean tensions, Italy’s Ambassador to Turkey Massimo Gaiani said, underlining that Rome continues its efforts toward this direction.

“Confrontation has been going on for long, we had hoped that energy resources would have been a facilitator to solve this crisis,” Gaiani told Daily Sabah in an exclusive interview.

“We believe that only an inclusive and fair solution within the international rules and regulations is the only approach to solve the problem,” he added.

Emphasizing the need for discussions on this “complicated matter,” Gaiani said Italy “praises the reduction of tensions and we hope that this positive approach and talks will continue.”

“On our side, we will continue to try to facilitate an inclusive and fair solution,” he stated.

Turkey is once again seeing tensions rise with Greece and the Greek Cypriot administration over maritime borders and drilling rights in the Eastern Mediterranean after several months of relative calm.

On Turkey signing a maritime deal with Libya, the ambassador said that Italy was not directly affected. “We did not believe that it was the right move at that moment,” he said.

The agreement also confirmed that Turkey and Libya are maritime neighbors. The delimitation starts from Turkey’s southwestern coast of Fethiye, Marmaris and Kaş, and extends to the Derna-Tobruk-Bordia coastline of Libya.

“Italy and Turkey are very important partners in the energy sector. I believe that Turkey has a natural role of being a hub for gas,” he added, indicating that both countries are already connected with the Trans-Anatolian Natural Gas Pipeline (TANAP) bringing gas from the Caucasus into the Trans Adriatic Pipeline (TAP) and then to Italy and western Europe.

“We favor Turkey’s role because it means energy security for Europe, it means (the) arrival of gas in the southern part of Europe.”

Another area of common interest and cooperation between Italy and Turkey is the Libyan crisis.

“We have both cooperated to the United Nations-led stabilization process of Libya. At the present moment we are fully engaged in supporting Libyans to go to elections within the planned calendar,” Gaiani highlighted.

“Both Turkey and Italy have a lot to gain from the stabilization of Libya, the restarting of its economy and resolving the social crisis that came out of the war,” he elaborated.

“We have to do the maximum,” he underlined, while also mentioning that it is imperative that mercenaries leave the country.

They include Russians sent by the shadowy Kremlin-linked Wagner group as well as African and Syrian mercenaries. Although not mercenaries, there are also Turkish soldiers deployed under a deal with the previous internationally recognized unity government at the height of the last round of east-west fighting.

“This is a complex process, soon there will be the Paris conference – this will be a further step.”

He said he hoped for wide participation in the conference.

“Turkey is crucial to the success of this further step of this valuable process,” Gaiani stated.

However, Turkey recently announced that it will not attend a Paris conference on Libya that Greece, Israel and the Greek Cypriot administration will participate in.

The Paris conference expected to be held Nov. 12, aims to give a final international push so elections are held by the year-end and to endorse the departure of foreign forces.

The summit, organized by the U.N., Germany and Italy in Paris, will gather regional and international heads of state.

Gaiani further indicated that talks between the two countries on the Libyan issue with high officials continue.

Speaking on bilateral relations, Gaiani described ties as “excellent” and said that Rome and Ankara cooperate in several fields including political, economic and cultural areas.

“We know each other well, we belong to the same area. We have, I believe, the same interests, and we are submitted to the same threats.”

The cooperation between the countries is very good and the political dialogue is intense and continues, he said, recalling President Recep Tayyip Erdoğan and Prime Minister Mario Draghi’s recent meeting in Rome on the sidelines of the G-20 summit.

“I would also like to underline the very positive and constructive contribution by many Turkish ministers that participated in the G-20 ministerial meetings,” he said.

Gaiani also reaffirmed that Italy supports the integration process of Turkey to the EU.

“On the economic side, after the crisis of the pandemic, our trade has gone over 2019 figures – a very important increase. Unlike with other countries, our bilateral trade is very balanced and is of high-quality in the sense that it is not raw materials that we trade but it is products with high-level,” he outlined.

Both countries’ industries need each other to be competitive, he said, indicating that Italy mainly sells machinery while also buying from Turkey.

“Italy has been number one in foreign direct investment into Turkey, this shows the trust the private sector has in Turkey. We are seeing also an increasing flow of investment from Turkey to Italy,” he explained.

In regards to their cooperation in the defense industry, Erdoğan said following the G-20 summit in Rome that Turkey would take "positive steps" with France and Italy on the SAMP-T missile defense system developed by the Franco-Italian EUROSAM consortium.

Ankara, which has incurred U.S. sanctions over its purchase of Russian S-400 missile defense batteries, has also discussed in recent years acquiring or developing a system based on the SAMP-T but has so far made little apparent progress.

“We care a lot about the security needs of Turkey, we value a lot our common belonging in the NATO alliance and the contributions Turkey gives – this is absolutely crucial for us,” Gaiani said.

“It is in that spirit that we continued to contribute to the defense of Turkey by deploying in Kahramanmaraş two batteries of SAMP-T missiles – our national one – within a NATO framework for three years."

“It is also in the same spirit that Italian defense industries cooperated with Turkish and French counterparts to study a new SAMP-T missile system,” he added.

“It will be certainly an important project that would be a positive step within the NATO alliance."