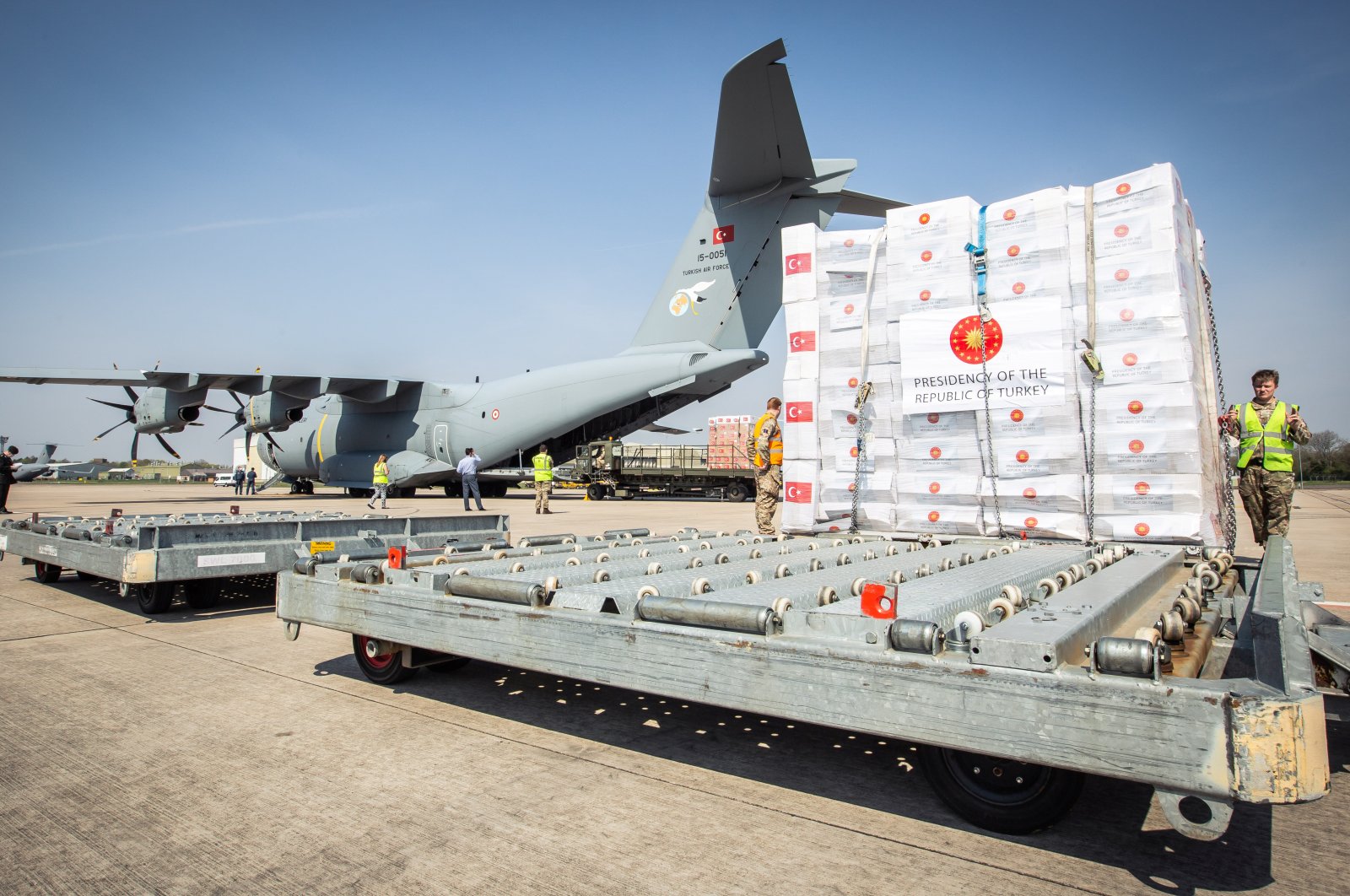 Turkey has provided humanitarian supplies to nearly 130 countries during the pandemic, making it the world's third-largest provider of aid during the global crisis. (REUTERS Photo)
by DAILY SABAH WITH AA Jun 19, 2020 12:14 pm
RECOMMENDED

Turkey announced its first confirmed case 10 days later than Indonesia, Ambassador Lalu Muhammad Iqbal said, adding that he was impressed with the country's policy mostly focusing on public health and security in the first 30 days.

"In the first 30 days (following the confirmation of the first infection) all public facilities, including malls, factories, schools, universities and dormitories, were closed," said Iqbal in a virtual discussion Thursday.

He added that the Indonesian Embassy in Turkey's capital Ankara rushed to evacuate students from dormitories since they would be used as quarantine facilities.

The ambassador noted that Turkey's achievement in mass production of mechanical ventilators under the leadership of President Recep Tayyip Erdoğan was critical in fighting the outbreak.

"Turkey produced hundreds of ventilators daily and even exported thousands of units to countries facing the crisis of producing basic medical equipment," he said.

With severe shortness of breath a hallmark of COVID-19, the pandemic has raised the need for medical ventilators, resulting in a fresh impetus for defense, technology and automotive companies across the globe to research and manufacture the devices.

According to the ambassador, there were four main keys to Turkey's remarkable gains in hindering the virus's spread, including political consolidation, strong food supply security, long-term investment in health facilities and a well-established public communication channel with a single source of information.

For Iqbal, good cooperation among opposing political groups in Turkey led to a solid implementation of government policies in the battle against the pandemic.

He also noted that Turkey has strong food supply security as its law dictates that the country is obligated to guarantee the availability of food supplies.

"That's why when Europe's food industry dropped due to the pandemic, Turkey's food exports to Europe in the second quarter of this year went up," he continued.

Iqbal mentioned Turkey's excellent health facilities as one of its important keys during the fight against the virus.

"There is no shortage of beds in Turkish hospitals. The occupancy rate at the peak of the infection was only 70%, and currently, it is only 40%," he said.

The ambassador appreciated the country's ability to build hospitals and produce medical devices amid the pandemic.

"Turkey produces its own medical equipment ... it even sent medical aid to many countries, including the U.K., Italy, the U.S., Spain, Israel and many more," said Iqbal.

Turkey has provided humanitarian aid to nearly 130 countries during the pandemic, including the U.S., U.K., Italy and Spain, making it the world's third-largest provider of aid during the global crisis.

"Every Thursday night people wait for the presidential speech to find out the direction of government policy for the next one to two weeks," he added.

After originating in China last December, COVID-19, the disease caused by the coronavirus, has spread to 188 countries and regions, with the U.S., Brazil and Russia currently the worst hit.

The pandemic has killed over 453,000 people worldwide, with the total number of infections reaching nearly 8.5 million, while more than 4.15 million people have recovered from the disease, according to figures compiled by Johns Hopkins University.