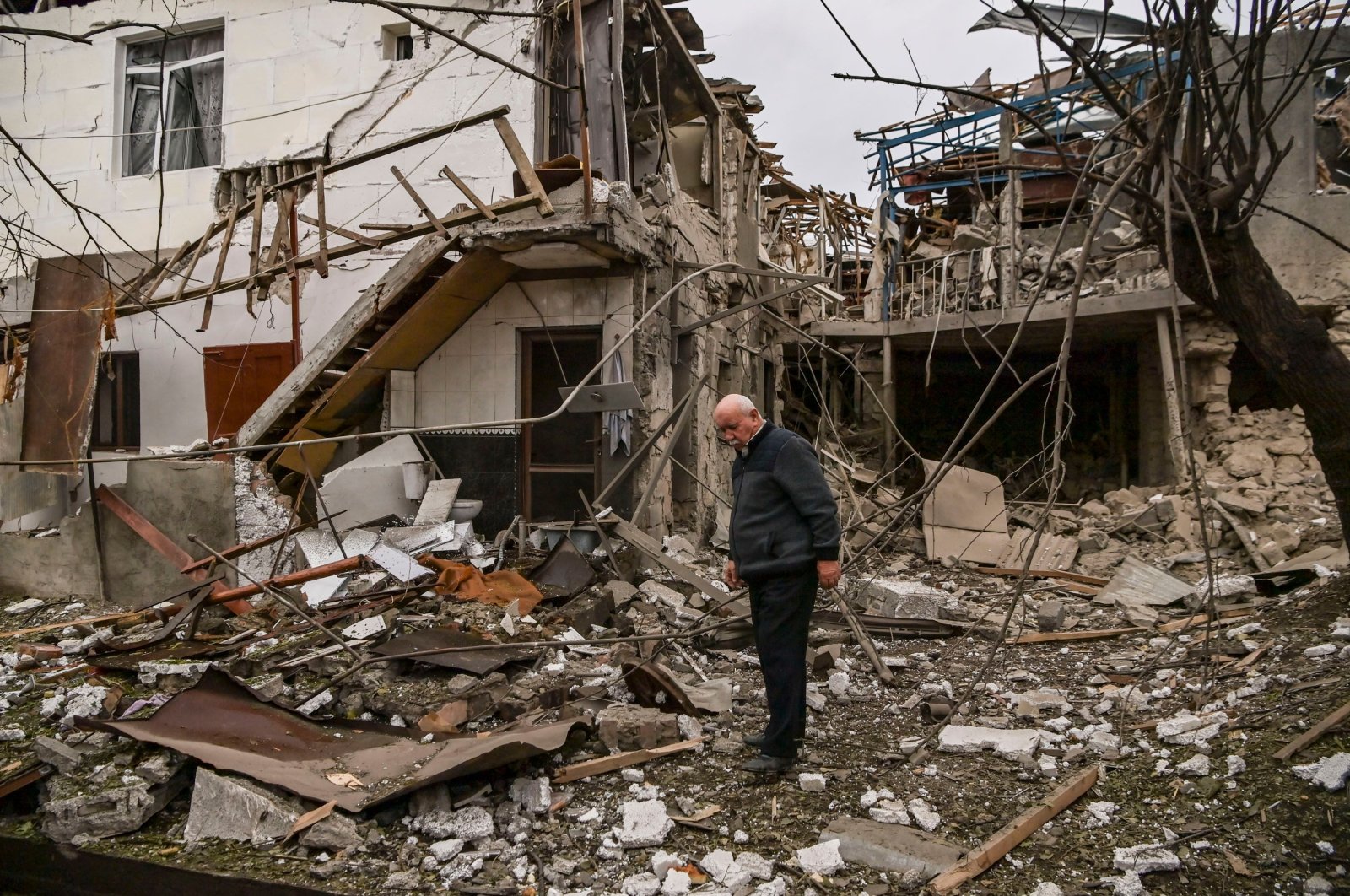 An elderly man stands in front of a destroyed house after shelling in the occupied Nagorno-Karabakh region's main city of Stepanakert., Oct.7, 2020. (AFP)
by Daily Sabah with AFP Oct 07, 2020 7:58 pm

The Foreign Ministry said a Thursday "working visit to Geneva" will see Foreign Minister Jeyhun Bayramov meet leaders of the Minsk Group, which was set up by the Organization for Security and Co-operation in Europe (OSCE), and is jointly chaired by diplomats from France, Russia, and the United States.