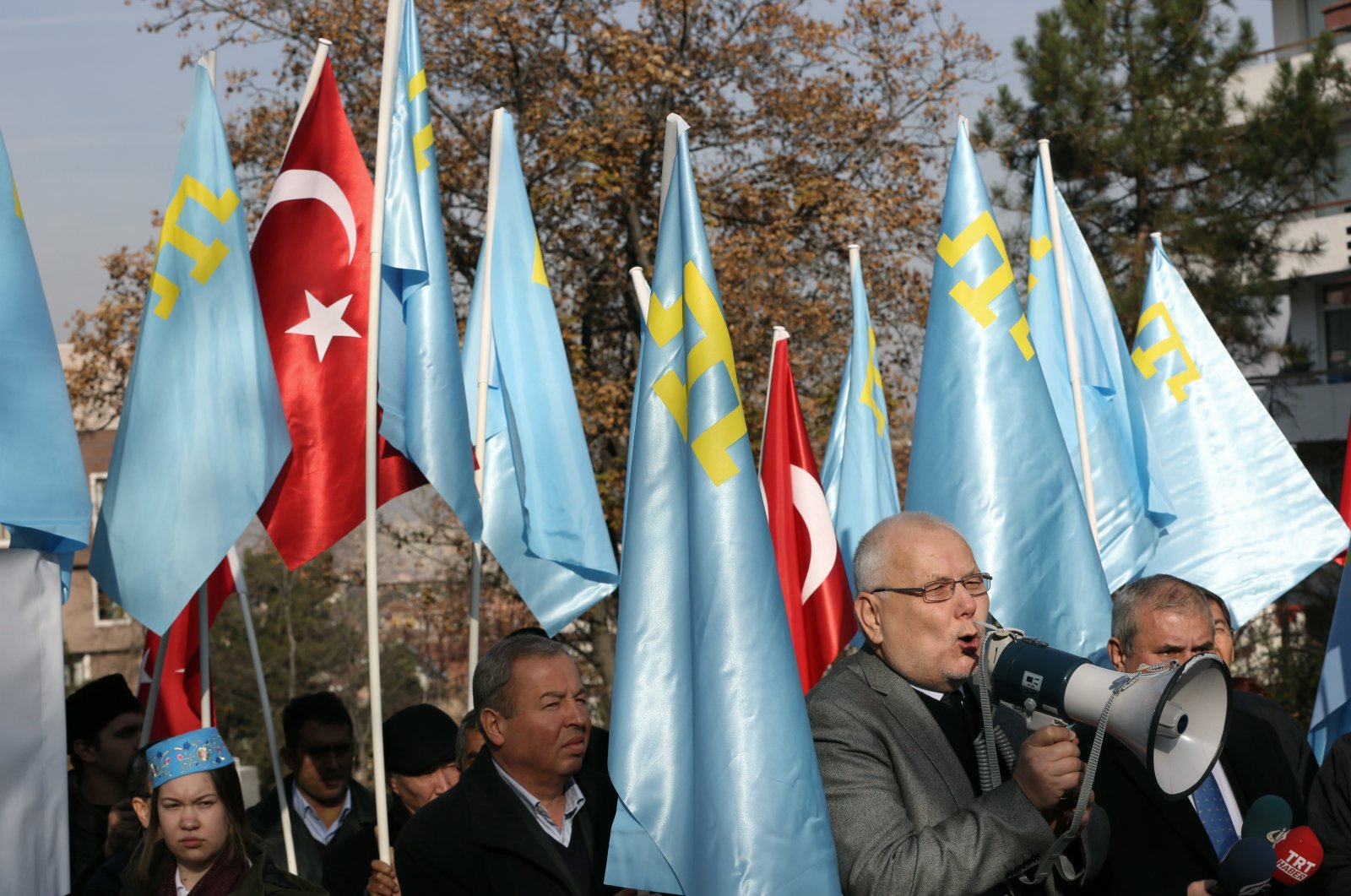 A military court in the southern Russian city of Rostov-on-Don on Wednesday handed prison sentences ranging from 13 to 19 years to seven Crimean Tatars over "terror" charges.

"The conviction sentence of seven Crimean Tatars announced on Sept. 16, 2020 by a Russian court is an example of the continued increase of intimidation policies against Crimean Tatars," the Turkish Foreign Ministry said in a statement.

The ministry said it was "regrettable" that the Crimean Tatar community, an "essential part" of the Crimean peninsula, was put under pressure using such methods.

"Turkey, as it did not recognize the illegitimate annexation of Crimea, will continue to stand by the Crimean Tatars, who are defending their rights and interests through peaceful means and trying to make their voices heard using democratic methods," the statement added.

"The European Union does not recognize the enforcement of Russian legislation in Crimea and the city of Sevastopol as it is illegal under international law, nor the transfer of Ukrainian citizens from Crimea to courts in Russia," EU spokesman Peter Stano said in a statement.

"The EU expects Russia to end the pressure on the Crimean Tatar community. International human rights standards must be guaranteed in the peninsula," Stano added.

Russia annexed the Crimean peninsula from Ukraine after an independence referendum in 2014, following the ouster of Ukrainian President Viktor Yanukovych as a result of the "Revolution of Dignity." The U.N. General Assembly later voted to proclaim the Russian action illegal, and along with an overwhelming majority of U.N. member states, Turkey does not recognize Crimea as Russian territory.