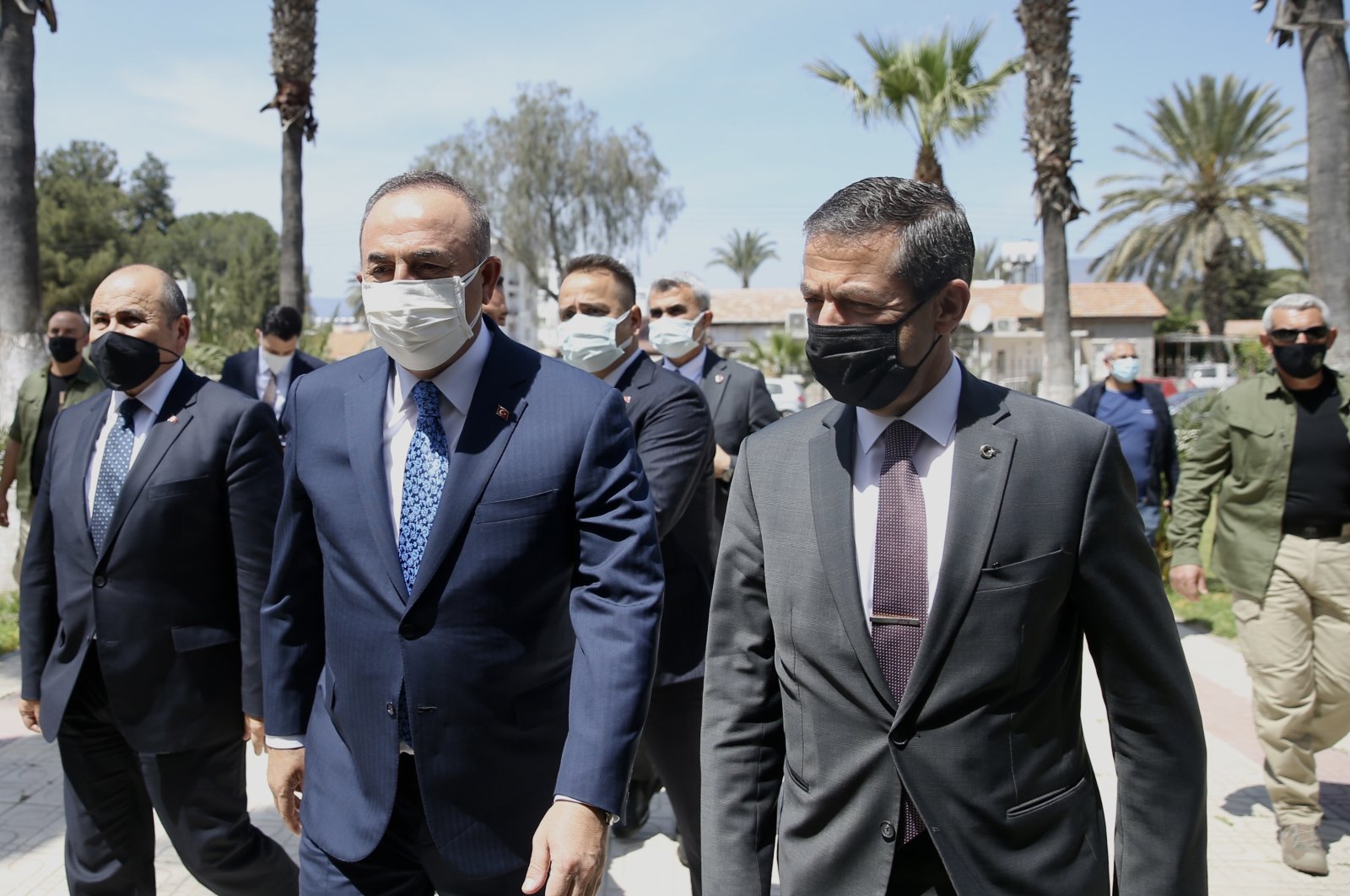 The approach to the Cyprus problem in which it is indicated that the Greek side is a state while the Turkish side is just a community on the island is no longer sustainable, the top diplomat of the Turkish Republic of Northern Cyprus declared, underlining that a new vision is needed

By recognizing the Greek Cypriot administration as the sole legal heir of the partnership state, the international community guaranteed that the Cyprus issue cannot be solved through negotiations, Turkish Republic of Northern Cyprus (TRNC) Foreign Minister Tahsin Ertuğruloğlu stated.

Speaking to Daily Sabah in an exclusive interview following the recent U.N.+5 meeting on Cyprus in Geneva, Ertuğruloğlu said the main reason why negotiations have lead nowhere in the past 53 years is that the Greek Cypriot side is recognized by the world as the Republic of Cyprus, its state and government.

“After the international community gave the Greek Cypriot side this recognition, it actually guaranteed that the Cyprus problem cannot be solved through negotiations,” he said, explaining that the problem is the nonexistence of a legal Republic of Cyprus.

“The legal Republic of Cyprus was a partnership state. When the Greek Cypriot side broke the partnership, it does not have the right and authority to represent the whole island and its two communities through a central administration.”

Ertuğruloğlu underlined that the main trouble underlying the Cyprus issue is that one of the former partners is seen and treated as the legal heir of the island while the other partner is alienated and reflect as “a mere community and a separatist community of this state.”

“Therefore, no agreement will be achieved in the Cyprus talks in 530 years, let alone 53 years, so long as one side is viewed as a state and the other as a community.”

He added that since the Turkish side cannot expect different results by repeating the same action, it was decided that negotiations must not be intercommunal but follow an interstate format with the new vision that the Turkish Cypriot side brought following the collapsed Crans-Montana talks of 2017.

Diplomats last week had tried to make headway to end the decades-old conflict between rival Greek and Turkish Cypriots that destabilizes the Eastern Mediterranean and is a key source of tension between NATO allies Greece and Turkey. The gathering, dubbed the U.N.+5, was attended by the foreign ministers of Cyprus’ three guarantors – Greece, Turkey and Britain.

Ertuğruloğlu reminded that U.N. Secretary-General Antonio Guterres called on the parties to come up with new and creative ideas ahead of the Geneva talks. He said this was exactly what the Turkish side did since it is not possible to continue with a process that has been failing for the past 53 years. “This is a highly deep-rooted and healthy change.”

“Our stance there (Geneva) was the existence, freedom, sovereignty, dignity and honor struggle of the Turkish Cypriots. We once again voiced that we are not a minority Turkish community of the Greek Cypriot administration,” he pointed out, adding that the idea that the Greek Cypriots are a state and the Turkish Cypriots a community cannot be accepted.

The divided island has seen an on-and-off peace process in recent years, including the failed 2017 Crans-Montana Conference in Switzerland under the auspices of guarantor countries Turkey, Greece and the U.K and the latest U.N.+5 Cyprus talks in Geneva, which ended without any concrete result.

Underlining that the international community stole 53 years from the Turkish Cypriots, Ertuğruloğlu said, “we do not consider to continue this error and are decisive.”

“If you want negotiations, this is not possible with one side being a state and the other a community. If, from now on, we will negotiate as two states, we are ready,” he added, saying that the Turkish Cypriot delegation knew what was to be expected from the talks.

“They did not surprise us.”

He said the other participants of the Geneva talks faced a decisiveness that they did not expect and thanked Turkey and Foreign Minister Mevlüt Çavuşoğlu for their efforts and performance that gave the TRNC delegation vital support.

Speaking on the U.K.’s stance during the talks, Ertuğruloğlu said: “They repeated the known British politics, displayed a low-profile and preferred to reiterate a federation.”

The Cyprus issue, for the first time, has been put on a healthy platform, Ertuğruloğlu highlighted, saying that the main problem of years of negotiations was based on inequality with one side as a state and the other a community.

“Yet the international community has continued its policy of awarding the Greek Cypriot side that prevented the establishment of a new partnership while punishing the Turkish side whose status, sovereignty and equality have been denied. This cannot continue.”

Following the Cyprus U.N.+5 talks, Guterres had stated that he plans a second meeting within two to three months as the talks lacked common ground. Ertuğruloğlu elaborated that the Turkish Cypriot side accepted while Anastasiades reacted to the decision, threatening Turkey and the TRNC with not attending the talks if actions are taken concerning the long-abandoned town of Varosha (Maraş) or hydrocarbon explorations in the Eastern Mediterranean.

Ertuğruloğlu said not to expect different results from the second U.N.+5 talks since the Turkish side is decisive.

“As long as the other side and countries spoiling it will continue to use the title Republic of Cyprus, which they do not deserve, and continue to encourage this, the Greek Cypriots will not take a step back.”

“It is not us, not the Greek Cypriot side that has to consider what will happen from now on,” he said, “Either they decide on pursuing the unfair policy toward Turkish Cypriots or end their errors on the Cyprus issue and open a new page,” the top diplomat added.

Only then can new developments be expected, he said.

Ertuğruloğlu also touched upon the Eastern Mediterranean crisis over maritime borders and energy explorations, saying that the struggle on the island is a struggle linked to the interests of the Turkish people.

The conflict has fueled tensions between NATO allies Greece and Turkey, impeded Ankara’s bid to join the European Union and triggered friction in the Eastern Mediterranean over potential undersea hydrocarbon reserves.

“The Cyprus issue is not only the problem of the Turkish and Greek Cypriots but is a section of a far bigger picture. As long as Turkey is being tried to alienated and Turkish Cypriots denied their rights in the Eastern Mediterranean, no initiative will have a chance for success.”

Turkey, which has the longest continental coastline in the Eastern Mediterranean, has rejected maritime boundary claims made by Greece and the Greek Cypriot administration, stressing that these excessive claims violate the sovereign rights of both Turkey and the TRNC.