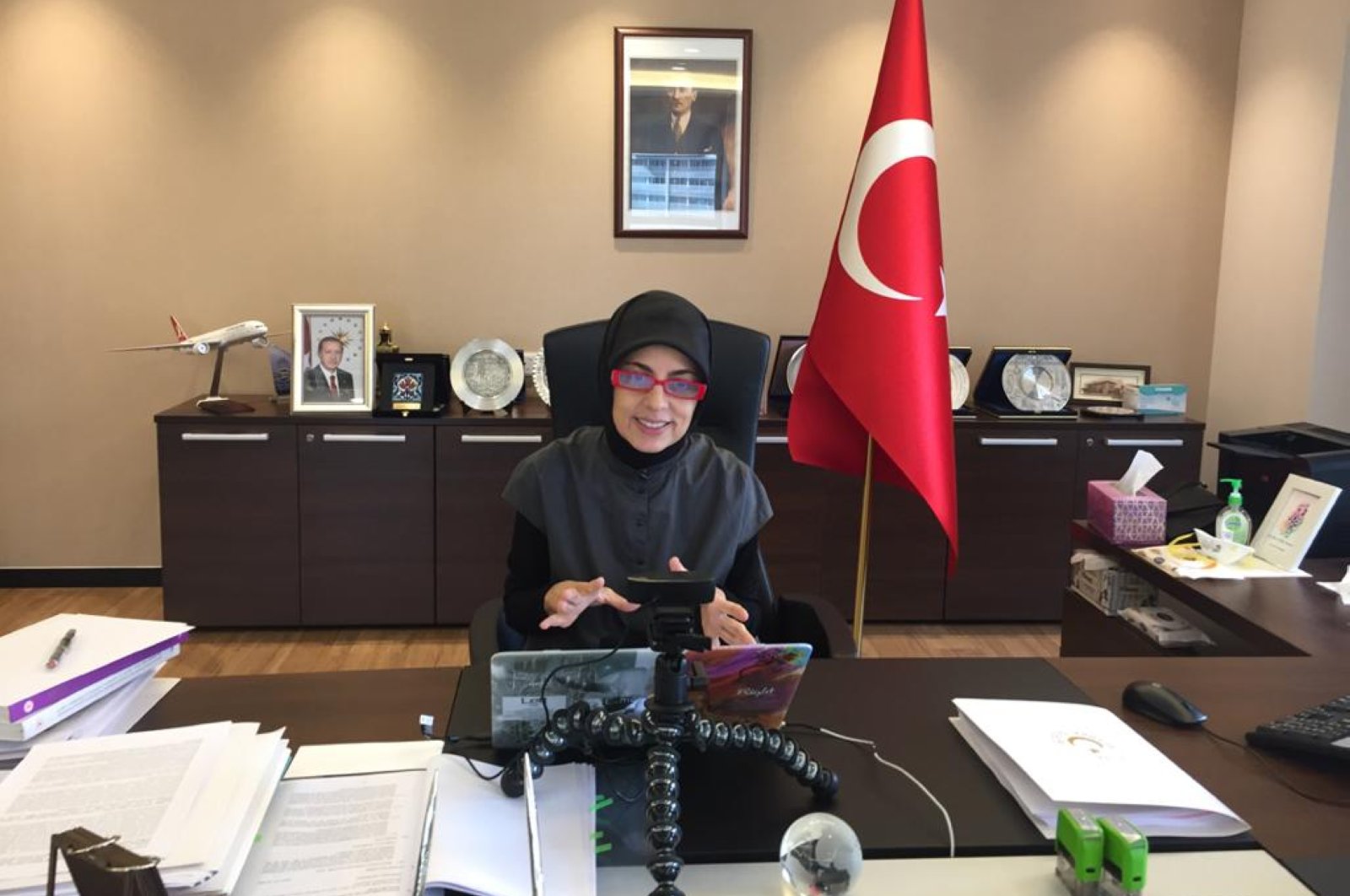 Turkey's envoy to Malaysia Merve Safa Kavakçı explains Ankara's role in combatting COVID-19 to the Malaysian media, May 5, 2020. (AA Photo)
by DAILY SABAH May 06, 2020 11:58 am
Edited By Dilara Aslan
RECOMMENDED

“As Turkey, we managed to lend a helping hand from Africa to Central Asia and many other regions of the world,” Kavakçı told Malaysian Alhijrah TV, explaining Turkey’s crucial role in the fight against the global pandemic.

Underlining that 126 countries have asked for medical supplies from Turkey, Kavakçı said that 57 received aid, including countries that had become the epicenter of the virus such as Italy, Spain, the United Kingdom, France, Germany and the United States.

Kavakçı, who also highlighted that Turkey has performed well in evacuating its citizens, said: “So far, we have brought back 70,000 of our citizens that were stuck in the countries they were living due to COVID-19. Again, we enabled 20,000 foreign citizens to return to their countries."

Since the coronavirus pandemic crippled international travel, millions of people were left stranded far from their homes. Governments across the world launched evacuations plans, but the sheer number of people and lack of commercial flights caused the issue to take longer than anticipated.

With all commercial flights coming to a halt, the Foreign Ministry has dispatched military and civilian airplanes to dozens of countries since the outbreak began, bringing thousands home, but more still remain stranded.

The ambassador further stated that the Turkish and Malaysian governments were working closely during the fight against COVID-19 and indicated that the foreign ministers and health ministers of both countries continued mutual information sharing.

After appearing in Wuhan, China late last year, the virus has spread to at least 187 countries and regions.