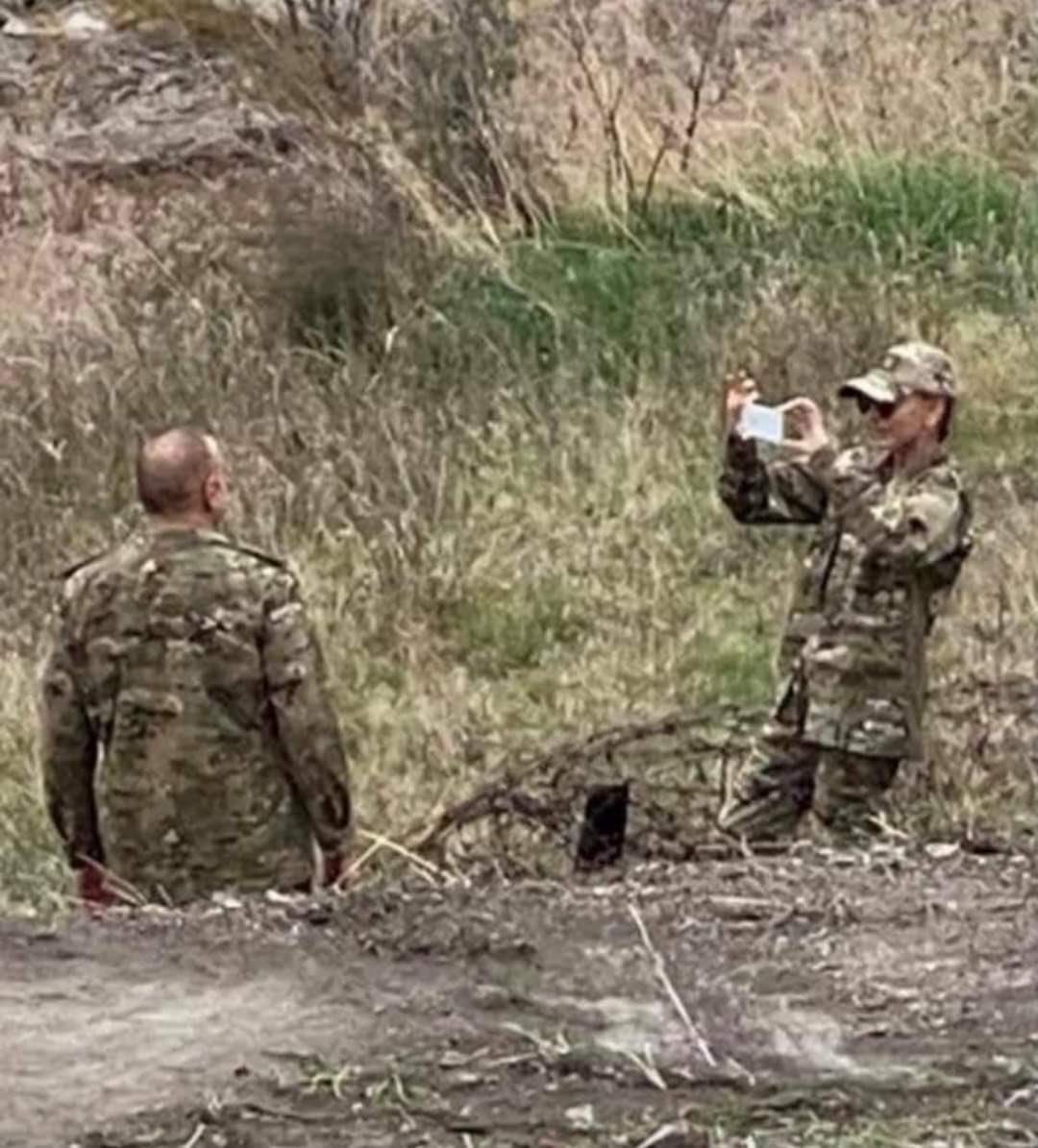 Azerbaijani Vice President Mehriban Aliyeva takes a photo of President Ilham Aliyev near the border with Iran in the city of Jabrayil, Nov. 17, 2020. (Photo shared by unidentified Iranian sniper on Twitter)
by daily sabah
Nov 19, 2020 4:43 pm

An Iranian sniper published provocative photos of Azerbaijani President Ilham Aliyev and his wife, first Vice President Mehriban Aliyeva, as the couple visited the recently liberated ancient Khudaferin Bridge in the city of Jabrayil near the border with Iran on Tuesday.

The sniper took aim at the Azerbaijani president and the vice president during their visit.

The photos received criticism on social media outlets, with Azerbaijanis criticizing the Iranian sniper for sharing such controversial shots, while Armenians said the sniper should have shot the couple.

Neither Azerbaijan nor Iran has made an official statement regarding the incident.

The Azerbaijani army liberated Jabrayil's city center and some villages from the occupation of Armenia in mid-October.

"President Ilham Aliyev and First Lady Mehriban Aliyeva are in the center of Jabrayil after liberation. Everything razed to the ground. Magnitude of Armenia's vandalism is beyond any imagination. President Ilham Aliyev emphasized that all-out reconstruction work will be conducted," he said.

More than 1,000 people have been reported killed in the six-week flare-up between Azerbaijan and neighboring Armenia over the Nagorno-Karabakh region.

New clashes erupted on Sept. 27, and the Armenian Army continued its attacks on civilian and Azerbaijani forces for 44 days, even violating three humanitarian cease-fire agreements. Azerbaijan liberated several cities and nearly 300 of its settlements and villages from Armenian occupation in the past few weeks.

On Nov. 10, the two countries signed a Russia-brokered agreement to end the fighting and work toward a comprehensive resolution.

Following the Russian-brokered peace deal signed between Yerevan and Baku, Armenian residents in the occupied areas had until Nov. 15 to leave the area but that date was extended by another 10 days.