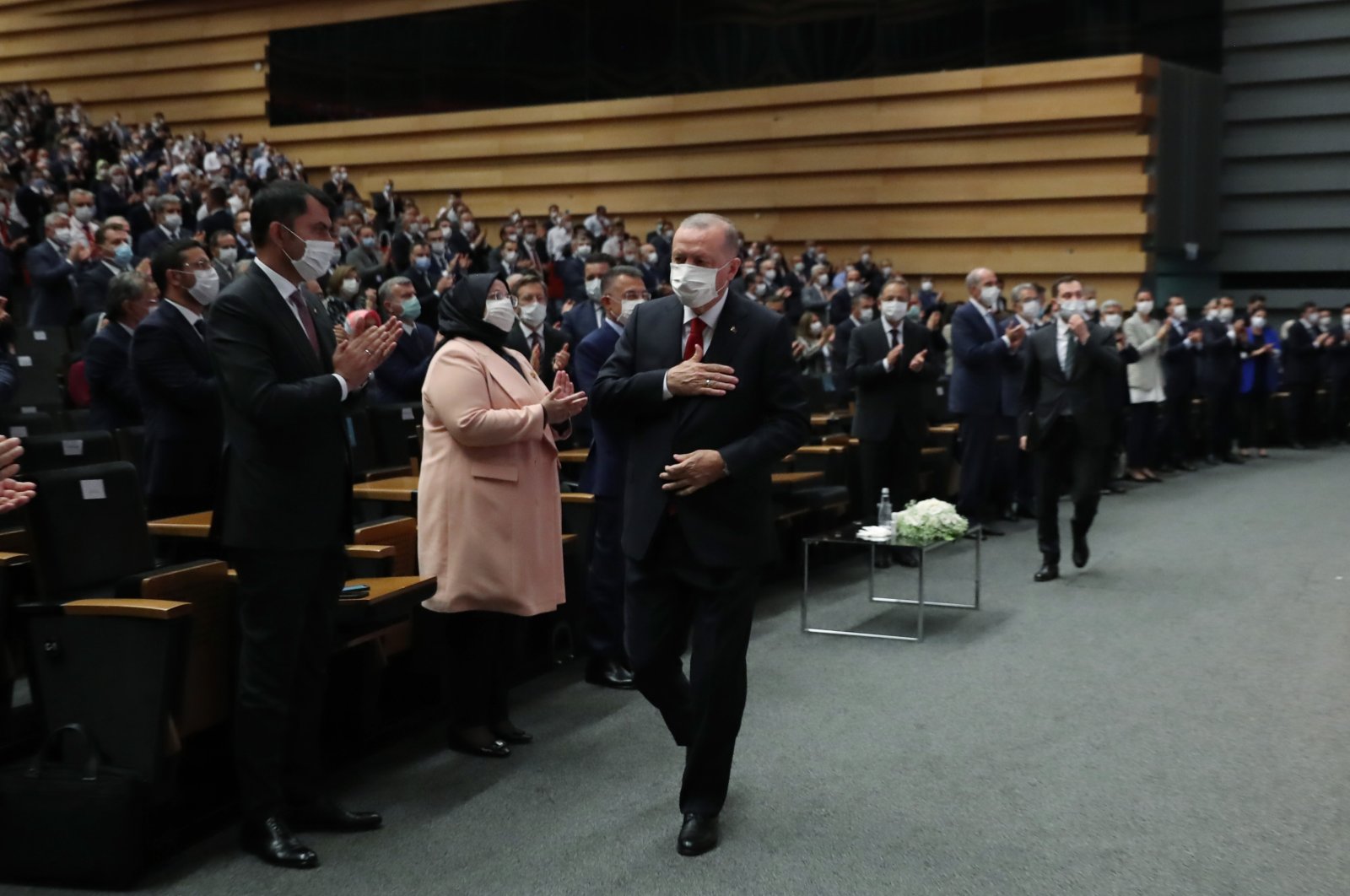 Istanbul and provinces that had no problems during the times administered by the ruling Justice and Development Party (AK Party) are now facing immense problems, President Recep Tayyip Erdoğan pointed out Thursday, criticizing the municipal services of the main opposition Republican People’s Party (CHP).

“We took over Istanbul with a hill of garbage, now Istanbul once again is a disgrace with renewed hills of garbage. Garbage, mud and holes have again become a nightmare for the people. You see the state of the Golden Horn, where dolphins used to swim, was turned into today by those who boasted during elections,” the president said, speaking at the AK Party mayors consultation and assessment meeting in the capital Ankara.

Erdoğan, who served as the mayor of Istanbul between 1994 and 1998 and gained a nationwide reputation for swift solutions to the city's chronic problems, added that similar scenes are evident in many places in the country.

The president elaborated that provinces that had no problems one and a half years ago are now facing piles of garbage, no running water and busses that do not come to stations.

He further underlined that municipal workers faced discrimination after Istanbul was taken over by the CHP last year and that many were dismissed even though CHP Chairman Kemal Kılıçdaroğlu during elections pledged not to dismiss anyone from the municipality if they won.

A group of Istanbul Metropolitan Municipality (IBB) workers, fired by the new administration, launched a sit-in protest in front of the CHP’s headquarters in Istanbul in September. Since his election, Istanbul's CHP Mayor Ekrem İmamoğlu has fired many workers reportedly due to their political views.

“We see that revenge is being taken,” the president stated.

Erdoğan underlined that the AK Party will continue to stick by justice and will bring service not only to those that voted for the party but for all residents of provinces led by the AK Party.

“We will continue to win the hearts of the people,” the president said, adding that the party will bring the reform of local authorities in the upcoming legislative year to the agenda.

Erdoğan said that in the upcoming period it was the party’s goals to resolve the infrastructure problems of all provinces, to develop cities according to their own stories, to promote technology within the framework of smart cities while also maintaining harmony with nature and to develop projects that will directly touch the lives of the people.

The AK Party has turned into the biggest political party of Turkey with more than 10.5 million members, Erdoğan said Thursday, underlining that the party embraces all of the 83 million people in the country.

“Throughout 19 years, we have been tested, threatened, betrayed, attacked numerously both from within and outside, yet we have not given up on what was entrusted to us by our people,” the president said.

“Now we have a goal. We want to gain a million members a year, 4 million by the elections,” Erdoğan said, adding that the AK Party has carried Turkey to success in a short period of 19 years.

“Working with the principle ‘first the people, first the country,' we have introduced our country, which went through years of interregnum, with the biggest investments of its republican history in politics, diplomacy, energy and defense,” the president pointed out.

Founded on Aug. 14, 2001, under the leadership of Erdoğan from within the "righteous movement," the AK Party has become the most successful political party in modern Turkey’s democratic history with its successive election victories and has led reforms that developed the country’s democracy and economy.