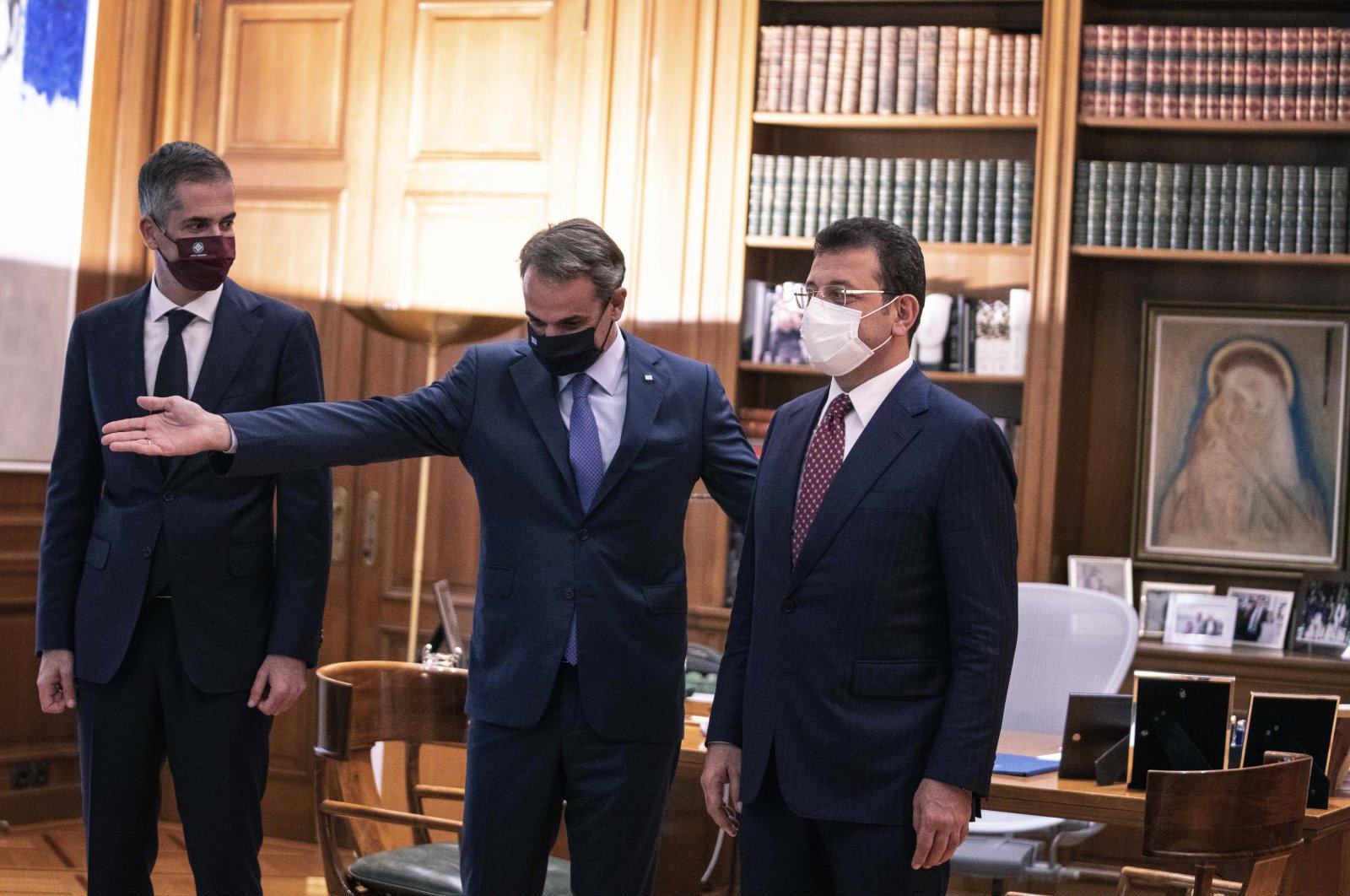 There are no problems that cannot be solved between Turkey and Greece, Istanbul Mayor Ekrem Imamoğlu said Tuesday, highlighting that common problems require joint action.

Imamoğlu, who was welcomed by Greek Prime Minister Kyriakos Mitsotakis in Athens, spoke during a joint press conference with Athens’ Mayor Kostas Bakoyannis.

Reminding that he hosted Bakoyannis in Istanbul in March, Imamoğlu pointed to the importance of cooperation between the two municipalities to enhance historical and economic ties.

He underlined that problems such as migration, the Aegean and Mediterranean must be solved jointly.