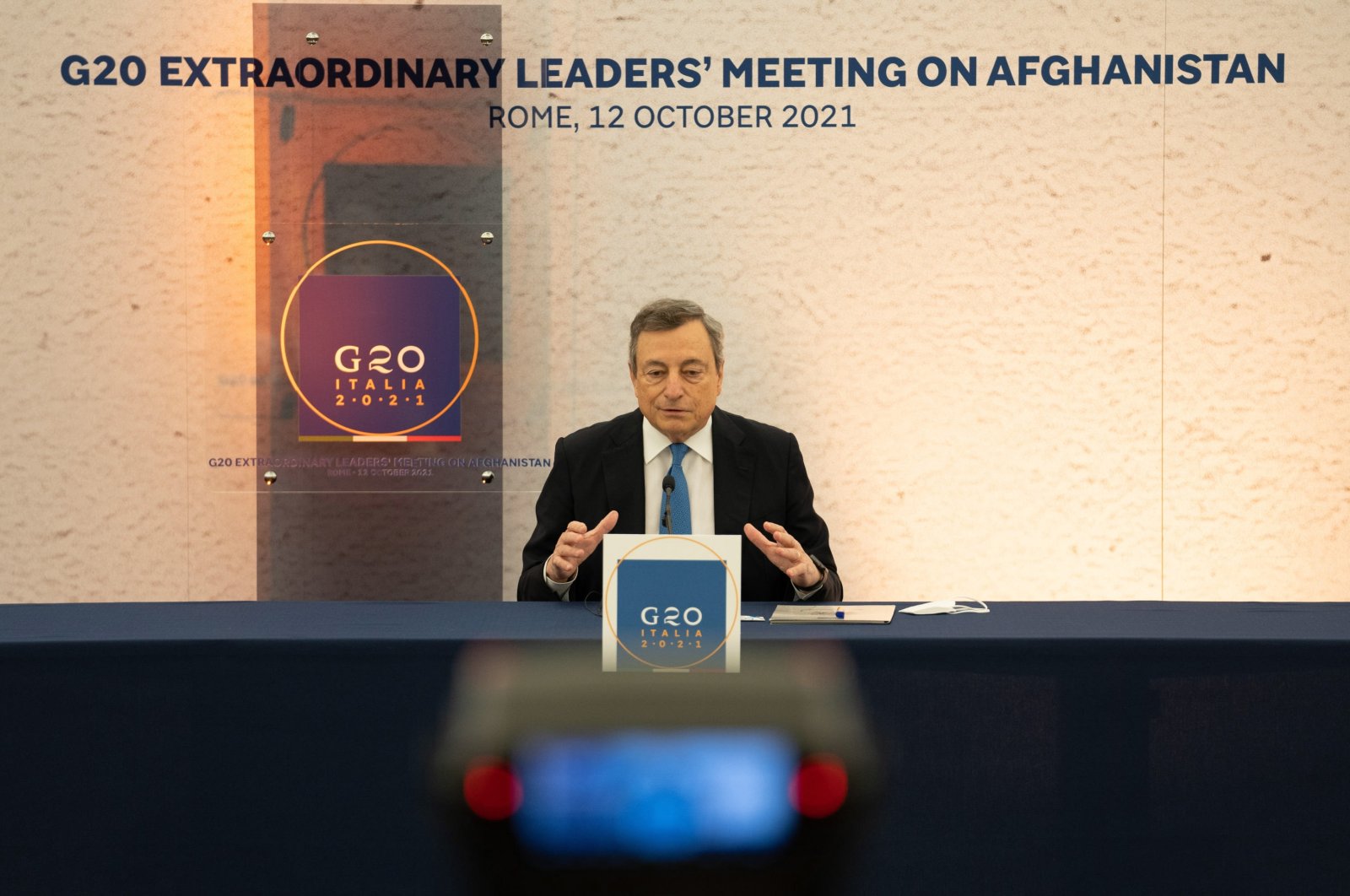 Attending a virtual summit of the G-20 Extraordinary Leader's Meeting on Afghanistan Tuesday, Draghi said he thought Erdoğan’s suggestion was “interesting” and that all member-states need to be like-minded regarding the matter.

“We will discuss this issue with other members soon,” Draghi said, adding that they are in favor of coordination on international migration, as he said there is wide awareness about the degree of humanitarian emergency in Afghanistan.

The Italian prime minister also said the international community has responsibilities toward Afghanistan and the Afghan people.

Noting that there is a lack of coordination on humanitarian assistance, Draghi said neighboring countries need to be included in the coordination and assistance needs to be planned.

The European Union emphasized its money would go to international organizations working on the ground rather than the Taliban’s interim government, which no other government has yet recognized.

However, Draghi said that the Taliban were crucial to getting the aid through, saying: “It’s very hard to see how one can help the Afghan people ... without some sort of involvement of the Taliban government.

Erdoğan Tuesday proposed the creation of a working group on Afghanistan under the G-20, noting that Turkey is ready to lead the working group.

"Ensuring security and stability in Afghanistan as soon as possible is of critical importance not only at the regional but also at the international level," Erdoğan said, speaking at the G-20 extraordinary meeting on Afghanistan, joining via videoconference from the Vahdettin Mansion in Istanbul.