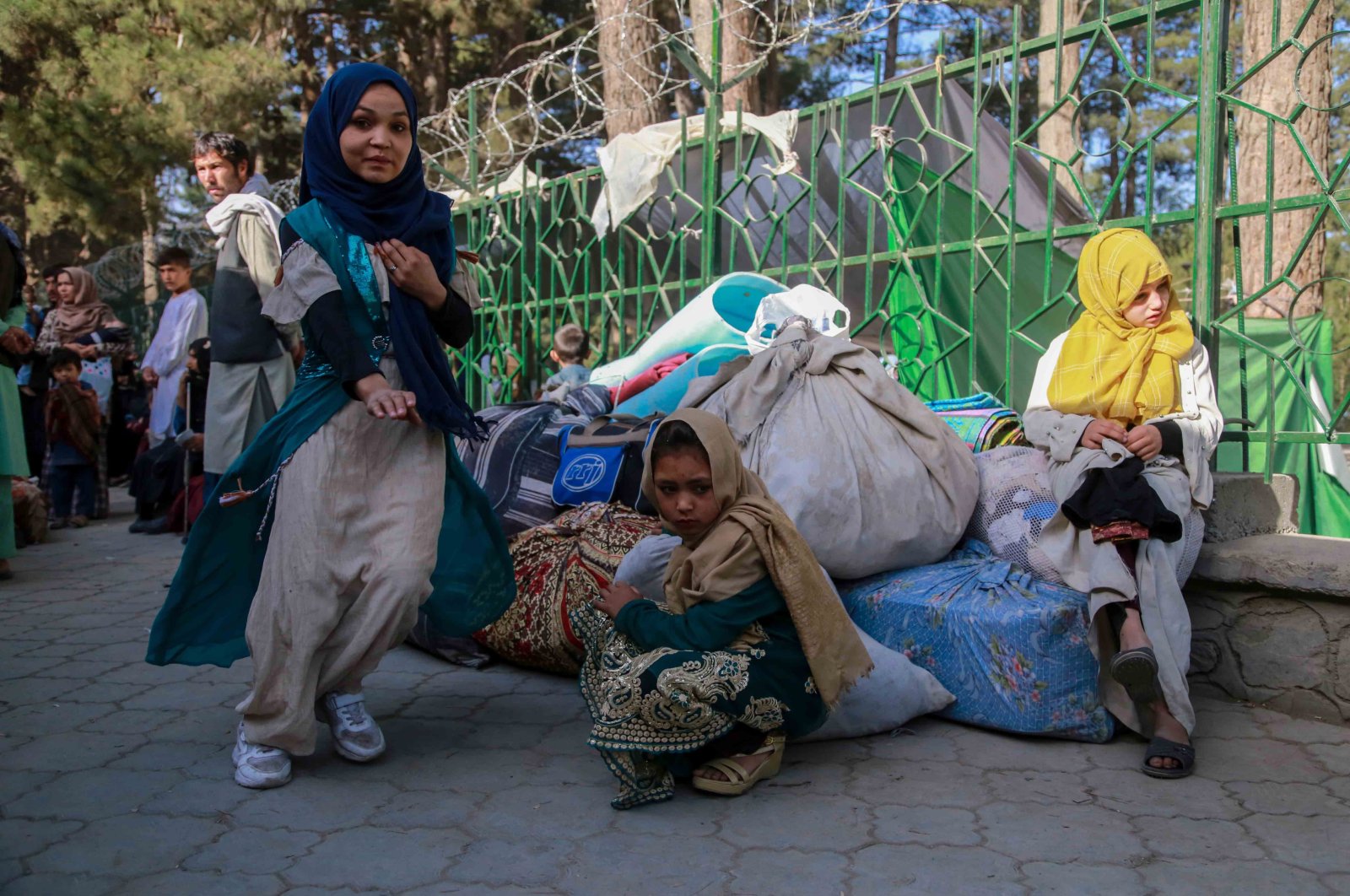 The global community cannot afford to abandon the Afghan people because ensuring stability in the country is critical for all countries, President Recep Tayyip Erdoğan said Tuesday.

Erdoğan on Tuesday proposed the creation of a working group on Afghanistan under the G-20, noting that Turkey is ready to lead the working group.

"Ensuring security and stability in Afghanistan as soon as possible is of critical importance not only at the regional but also at the international level," Erdoğan said, speaking at the G-20 extraordinary meeting on Afghanistan, joining via videoconference from Vahdettin Mansion in Istanbul.

He underlined that regardless of the political process, there is a need to show strong solidarity with the Afghan people due to the deepening humanitarian crisis in the country.

"The international community does not have the luxury of turning its back on the Afghan people and leaving this country to its own fate," he added.

Erdoğan stressed that Turkey will continue to fulfill its "duty of brotherhood" for the Afghan people in these difficult days.

The president also said the international community should keep the channels of dialogue with the Taliban open in order to “patiently and gradually steer” it toward establishing a more inclusive administration, adding: "We have not seen necessary inclusiveness from them on the issue of humanitarian assistance, security and prevention of Afghanistan being a base of terror organizations and prevention of extremism."

He repeated that Turkey, which already hosts more than 3.6 million Syrians, cannot shoulder the burden of an influx of migrants from Afghanistan, warning that European nations would also be affected by a new wave of migrants.

“It is inevitable that European countries will also be affected by the migration pressure that Turkey will be exposed to on its southern and eastern borders,” he said.

His remarks came as Afghanistan faces an economic and humanitarian crisis in the wake of the Taliban's takeover in mid-August. The Taliban captured Kabul on Aug. 15, forcing the president and other top officials to leave the country. They have formed an interim government headed by Mullah Mohammad Hasan Akhund. World powers have called on the group to form an inclusive government that is representative of the country's ethnic diversity.

Authorities say there are 182,000 registered Afghan migrants in Turkey and up to an estimated 120,000 unregistered ones. Erdoğan previously urged European countries to take responsibility for any new influx, warning that Turkey had no intention of becoming "Europe's migrant storage unit."

As recently announced, to ensure the safety and security of the Turkish-Iranian border, a 295-kilometer (183-mile) wall will be constructed along the entire shared border. It is hoped that the wall will help prevent illegal crossings and the trafficking of contraband while hindering terrorists from infiltrating the country.

Also last month, Foreign Minister Mevlüt Çavuşoğlu announced that humanitarian aid will be sent to Afghanistan by land via Pakistan, as it is faster and less costly.

Turkey had been planning to help secure and run the Kabul airport before the Taliban’s swift capture of the Afghan capital last month. There were also negotiations on the subject this summer between Turkish and U.S. officials, but after the Taliban’s return, Turkish troops stationed in the country pulled out. Turkey’s withdrawal alongside other NATO forces followed the end of the United States’ longest military conflict last month. Turkey has been holding regular talks with the Taliban in Kabul, where it still has a diplomatic presence, about the conditions under which it could help operate Afghanistan's airport in Kabul.