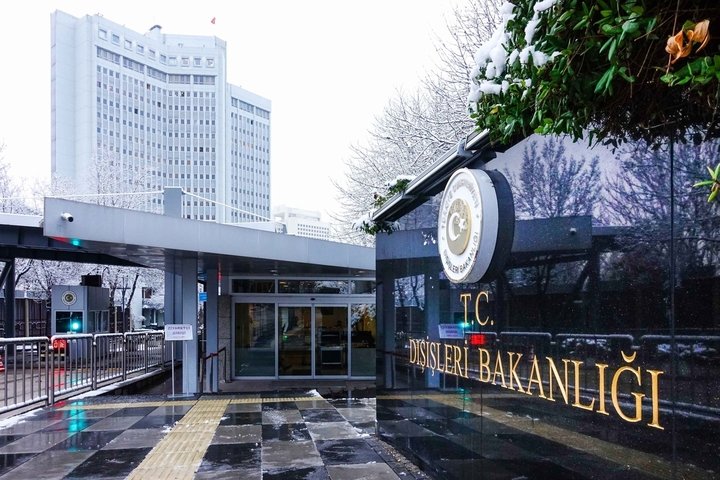 Genocide can only be prevented by the joint and sincere efforts of the whole of society, Turkey's Foreign Ministry said Thursday observing the International Day of Commemoration and Dignity of the Victims of the Crime of Genocide and of the Prevention of this Crime on the sixth anniversary of the United Nations General Assembly resolution that marked the day, which was co-sponsored by Turkey.

"Genocide can only be prevented by the joint and sincere efforts of the whole of society. It is important that the states fulfill their obligations arising from the Genocide Convention in accordance with the letter and spirit of the Convention,” the ministry said in a statement.

"In this context, the Convention should not be eroded and the term genocide, which has a strict legal definition, should not be used randomly,” said the ministry, adding any misuse of the term based on "shallow political interests will constitute an utter disservice to the fundamental principles of maintaining international peace, security and stability as enshrined in the U.N. Charter.”

The statement said Turkey continues to provide shelter to the victims of persecution, oppression, violence and terrorism in line with the strong humanitarian approach it has maintained traditionally throughout its history.

"Attempts by ill-intended circles aimed at mischaracterization of this deep-rooted tradition will prove nothing other than an utter black propaganda based on the distortion of historical facts,” it said.

Turkey also commemorated all the victims of the crime of genocide and called on "the international community to strengthen the joint efforts at preventing the recurrence of such grave crimes faced by humanity.”