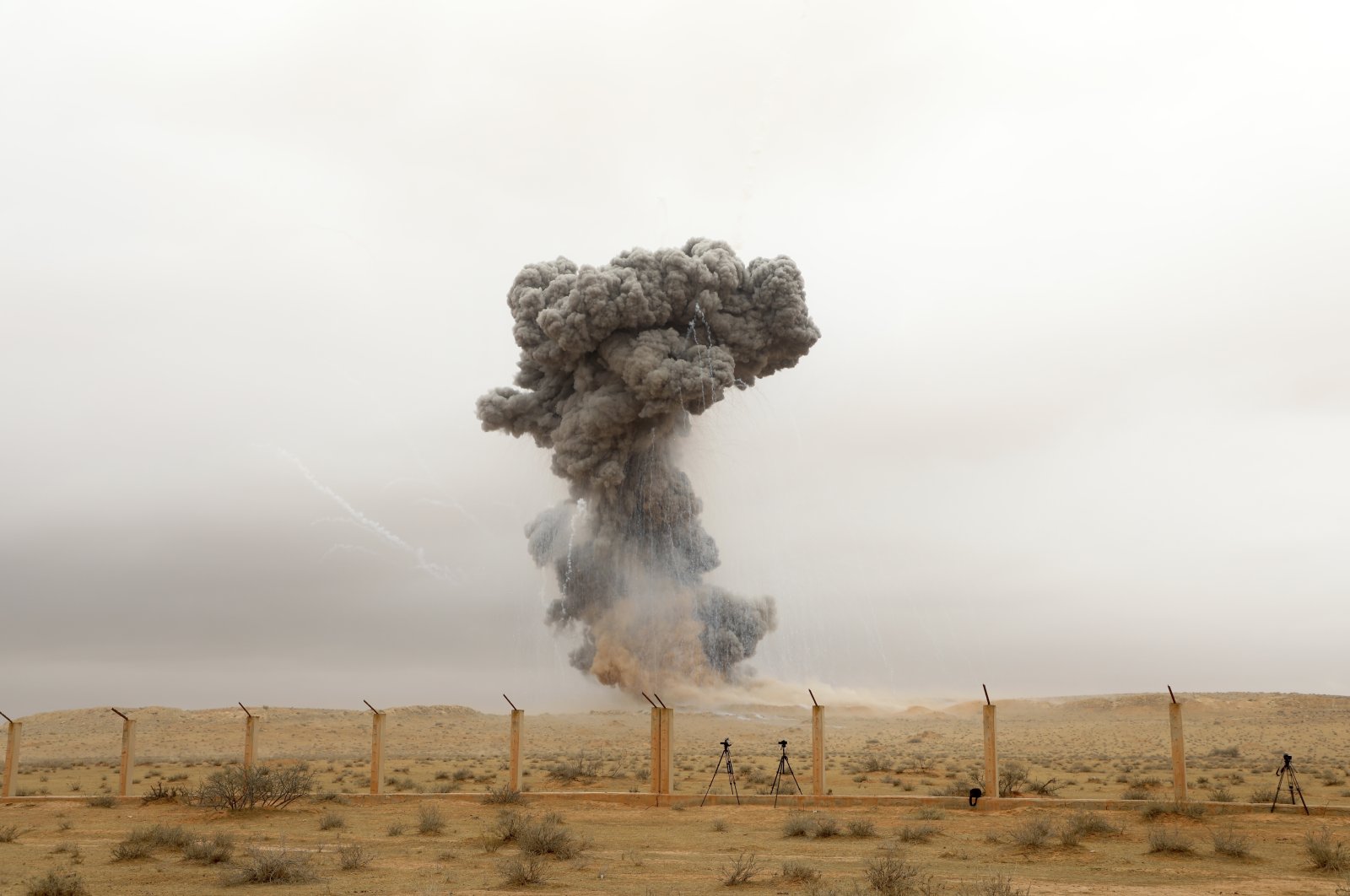 The first round of the U.N.-led talks, which started on Oct. 11 ended late Tuesday, Anadolu Agency (AA) said, adding that the two sides are currently discussing whether they can hold a referendum on the current draft of the constitution.

They also reached a consensus about the necessity to finalize the transition period.

The two sides had also held meetings in Morrocco in September.

Last week, the U.N. Support Mission in Libya (UNSMIL) said it appreciated the efforts of both delegations and welcomes the outcomes reached during the discussion.

The talks between representatives of the internationally recognized Government of National Accord (GNA) and warlord Haftar's forces focused on "pressing security and military issues," the U.N. said.

They addressed "security arrangements in an area to be defined at a later stage," while addressing tasks and responsibilities of the Petroleum Facilities Guard, the U.N. mission added.

These recommendations include resuming "face-to-face meetings" from next week, the release of individuals detained in military operations and further discussion of the role of the Petroleum Facilities Guard (PFG).

Pro-Haftar groups supported by the PFG blockaded key oilfields and export terminals from January to demand what they called a fair share of hydrocarbon revenues. Libya has Africa's largest oil reserves.

The two sides announced separately in August that they would cease all hostilities and hold nationwide elections before delegates met in Morocco in the first week of September for talks.

The GNA in June turned back a 14-month assault on the capital Tripoli by the eastern-based Haftar forces, and the two are now dug in along a front line near Sirte.

The two leaders discussed the international efforts for sustainable peace in Libya. The written statement released by Libya's Prime Ministry office said they underlined that the dialogue process between the Libyan sides should lead to nationwide elections in the country in a short time.

They also agreed on the necessity of ending the negative effects of foreign interventions in the country.