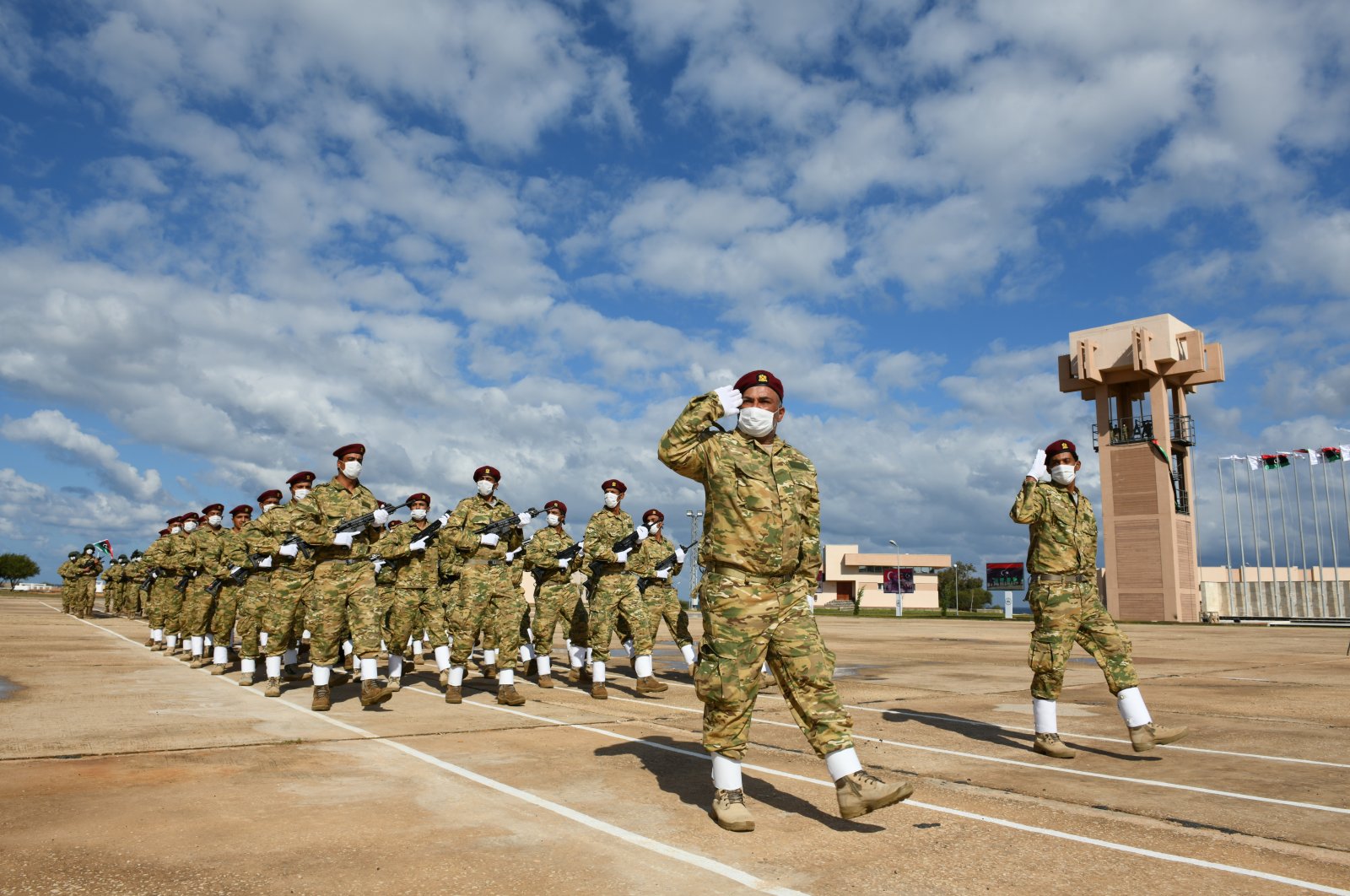 A graduation ceremony was held Saturday for Libyan soldiers who completed an eight-week training course by the Turkish Armed Forces (TSK).

The training was held as part of a deal signed between the two countries last year.

Libyan Defense Minister Salahaddin Namroush said the completion of this training was evidence that Libyan-Turkish military cooperation was bearing fruit.

The pact with Libya's Government of National Accord (GNA) was signed on Nov. 27, 2019, and passed by the Turkish Parliament on Dec. 5.

The deal setting marine jurisdictions in the Eastern Mediterranean rejects unilateral and illegal activities by other regional countries and international firms, aiming to protect the rights of both countries.

The Turkish Defense Ministry on Sunday released a monthly brief on the ministry's activities. Within the brief, it is stated that the training of 120 Libyan soldiers had been completed.

The brief also added that the Turkish military continues to train the Libyan Army in different areas as well.

"We have been supporting the U.N.-led political process that has been possible thanks to our educational and consulting support to the GNA." the brief said, adding that Turkey will continue to side with Libya.

Back in August, Turkish military advisers and staff arrived at the Defense Security Cooperation and Training Assistance Advisory Command that was established as part of a memorandum of understanding between Turkey and Libya. They provided training and logistical assistance in cooperation with Qatar to reestablish a regular army in Libya.

The Libyan Army was an informal amalgamation of militias, tribal soldiers and clansmen. The process by Turkey and Qatar standardized training and recruitment in order to make it an official army.

The process was similar to a military training agreement signed by Baku and Ankara in 1993 in the face of Armenian aggression in the Nagorno-Karabakh region. Turkish gendarmerie forces provided training and assistance to their Azerbaijani counterparts, while Azerbaijani army staff also spent time in Turkey to receive training. Turkish air force pilots also provided training, and the Azerbaijani military received technical equipment support from Turkey.

Soon after, GNA made a formal request for "air, ground and sea" support from the Turkish military to help fend off an offensive by forces loyal to Haftar, who is attempting to take control of the capital, Tripoli.

Turkey supports the GNA, which is also backed by the United Nations, against the putschist Gen. Khalifa Hafter's militia and mercenaries.