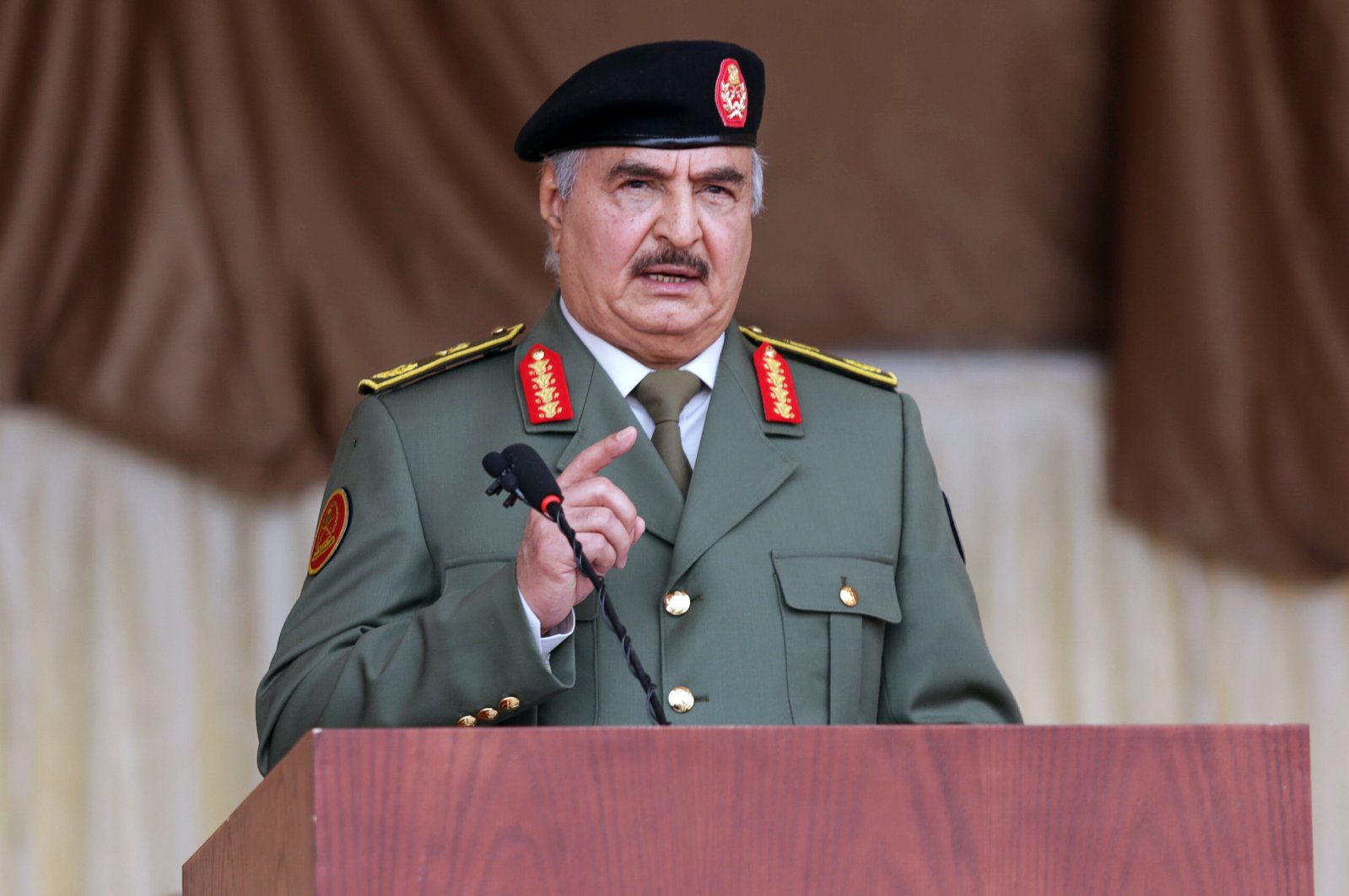 Libyan putschist Gen. Khalifa Haftar, who launched an offensive last year to capture the capital Tripoli from the U.N.-recognized Government of National Accord (GNA) led by Prime Minister Fayez Sarraj, threatened Thursday to use force against Turkish troops if Ankara doesn't stop supporting the legitimate government in the war-stricken North African country.

Haftar's comments came in response to the Turkish Parliament's decision to extend for 18 months a law that allows the deployment of Turkish troops to Libya. Turkish military assistance to the Tripoli-based GNA, including advisors, equipment and intelligence, helped stop Haftar's yearlong assaults on the capital.

“There will be no security or peace as long as the boots of the Turkish military are desecrating our immaculate soil," Haftar said in comments from his eastern stronghold, Benghazi, on the 69th anniversary of Libya’s independence day. "We will carry weapons to bring about peace with our own hands and our free will."

Since 2015, Libya has been divided between two administrations, one in the east and one in the west. Throughout his campaign to try and capture Tripoli, which collapsed in June, eastern-based illegitimate forces loyal to Haftar had the backing of the United Arab Emirates (UAE), Egypt, France and Russia. A U.N. experts report has said that Russia has been supporting Haftar’s forces with military equipment and private armed operatives. Besides Turkey, the Tripoli government has enjoyed the backing of Qatar.

The Turkish lawmakers' decision came Tuesday, following a U.N.-brokered cease-fire in Libya declared in October. The cease-fire deal envisioned the departure of foreign forces and mercenaries within three months.

“The colonizing enemy has one of two choices: either to leave peacefully or to be driven out by force,” Haftar said, referring to Turkey.

Earlier this year, Haftar had once again threatened Turkey by saying: "All Turkish positions and interests in all cities are legitimate targets for our air force jets."

In response, Ankara had said militias loyal to Haftar in Libya would be considered legitimate targets if Turkish forces and interests are endangered and threatened “heavy consequences.”

The U.N. Support Mission in Libya (UNSMIL) seized the same national occasion to urge Libya's rivals to observe the cease-fire and respect a political roadmap that envisages the holding of national elections in December 2021.

“While the Mission calls on Libyans to consolidate their efforts and take courageous steps toward national reconciliation, and to look forward to a bright future for all Libyans to live in peace and prosperity, it affirms its full commitment to assisting the Libyan people in building their unified state,” a UNSMIL statement issued Thursday said.

Earlier this month, 75 Libyan politicians from opposing camps convened virtually in a U.N.-initiated political forum and agreed to hold elections next year. However, they failed to break a deadlock on the selection mechanism for the transitional government that would run the country in the lead-up to the vote.

“A tenuous ceasefire continues to hold in Libya between forces allied to the Tripoli-based government and their rivals in the east," said a commentary published Thursday by The International Crisis Group. “Yet there is reason to worry that the five-month hiatus in the conflict could end abruptly.”

In recent weeks, both parties have traded accusations of violating the terms of the cease-fire deal by continuing to mobilize their troops near front lines and receiving military assistance from their respective regional backers.