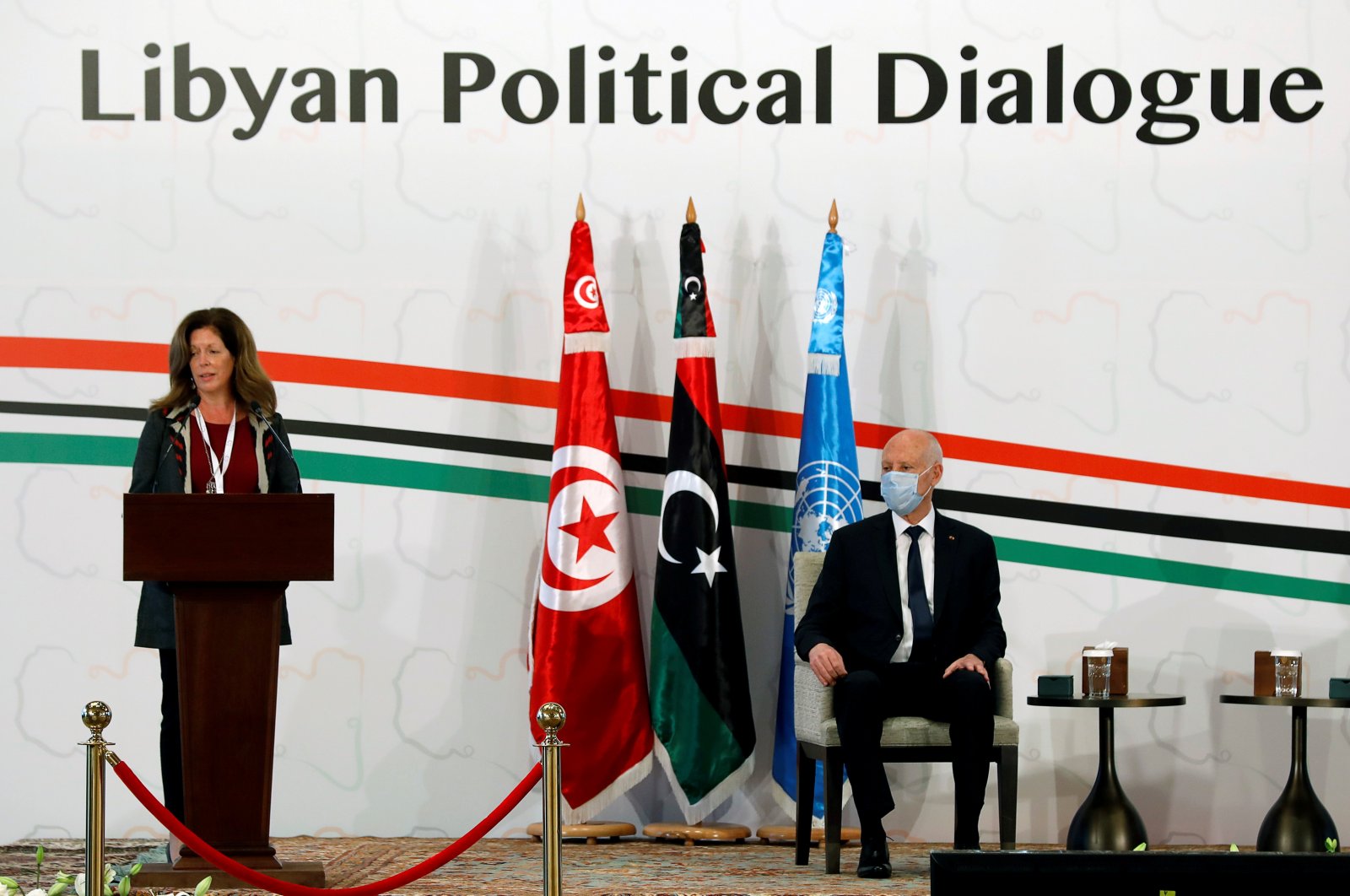 Deputy Special Representative of the UN Secretary-General for Political Affairs in Libya, Stephanie Williams, speaks as Tunisia's President Kais Saied listens to her during the Libyan Political Dialogue Forum in Tunis, Tunisia on Nov. 9, 2020. (Reuters Photo)
by agencies
Nov 13, 2020 10:52 pm

Libyan participants in political talks taking place in Tunisia have set Dec. 24, 2021, as the date for parliamentary and presidential elections, the acting U.N. envoy said on Friday.

The decision came during an U.N.-sponsored Libyan Political Dialogue Forum (LPDF) which began Monday in Tunisia between representatives of the internationally recognized Government of National Accord (GNA) and putschist Gen. Khalifa Haftar.

Participants at the talks in Tunisia "agreed that national elections should take place on 24 December 2021," the head of the U.N. Support Mission in Libya Stephanie Williams told journalists in a virtual press conference, adding that reaching elections "requires a new executive to unify the country," according to a Reuters report.

Noting that a new executive structure is needed to participate in the elections, Williams stated that in light of the U.N. Security Council (UNSC) resolutions prepared within the framework of the consensus reached during the Berlin Conference, it is planned to establish a new Presidential Council and executive body to manage the transition period.

The duties and authority of the government and Presidential Council, which will manage the transition process, were also discussed during the meeting, Williams said.

According to Anadolu Agency (AA), the U.N. will provide technical support for the elections and that Libya's own independent electoral agency will manage the elections.

The political track of talks in Tunisia comes in parallel with military talks to fill in the details of a cease-fire deal in October, that formally ended over a year of fighting between the two major sides in the country’s war.

Libya has been gripped by chaos and violence since the 2011 ouster and killing of longtime ruler Moammar Gadhafi in a NATO-backed popular uprising.