Libya's warring sides to meet for talks in Morocco 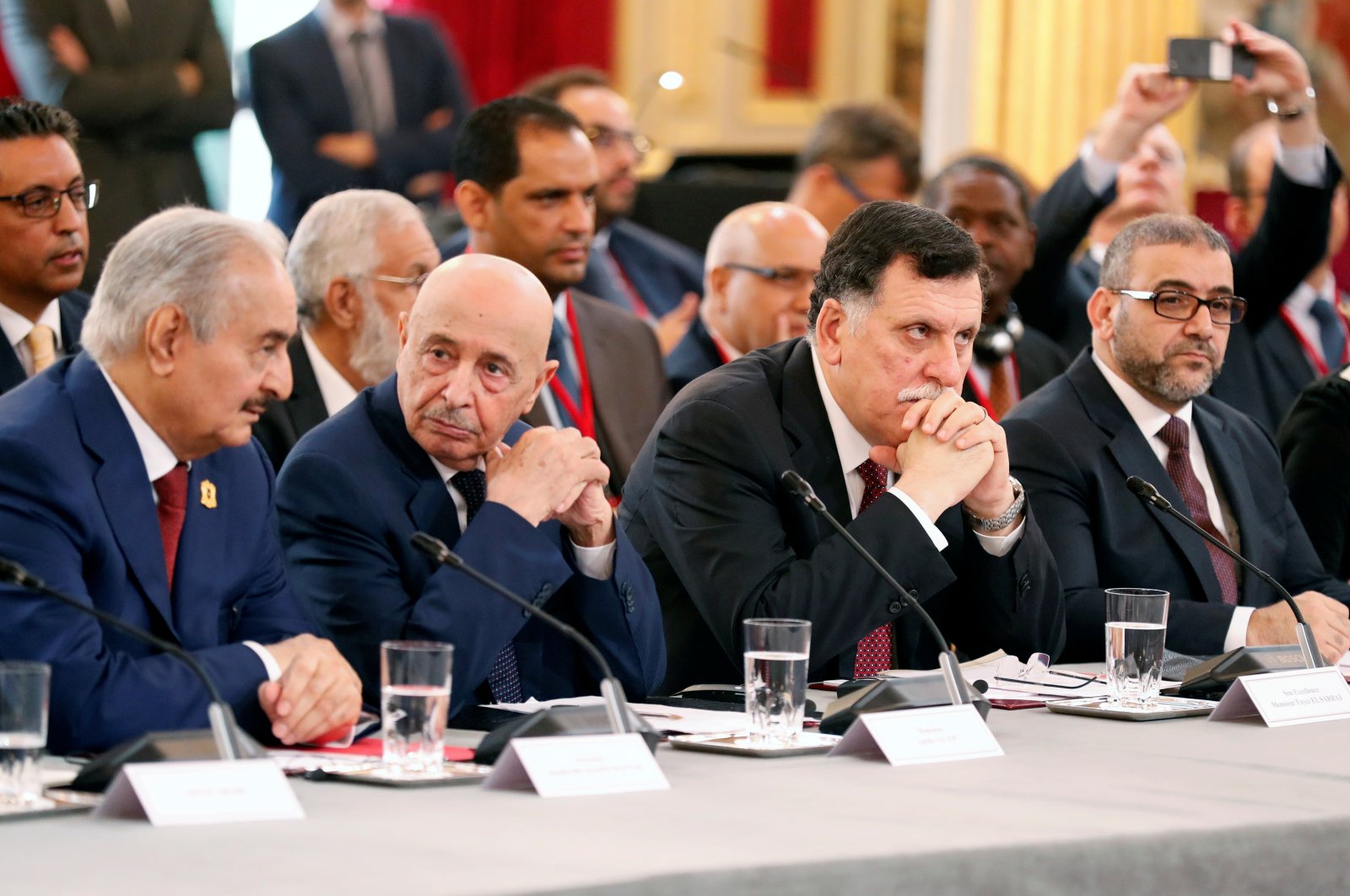 Delegates from Libya's rival administrations are expected to meet for talks in Morocco on Sunday, a Moroccan diplomatic source said, after the two sides announced a surprise cease-fire last month.

Neither camp, the U.N.-recognized Government of National Accord (GNA), based in the Libyan capital Tripoli, nor the eastern-based illegitimate forces loyal to putschist Gen. Khalifa Haftar, have announced the meeting.

Their reticence is due to preconditions set for the talks on both sides, according to Libyan sources.

The discussions will take place at a coastal resort south of Morocco's capital Rabat and will be attended by five delegates from each side, the Moroccan diplomatic source said.

"Meetings are currently underway between committees representing the Libyan government and the Tobruk parliament in Morocco and other locations to discuss files related to the Libyan crisis," a Libyan official, who preferred to be unnamed, told Anadolu Agency Saturday.

He said Morocco may host later a meeting between Khalid al-Mishri, the head of Libya's High Council of State, and Aguila Saleh, speaker of the Tobruk-based parliament.

On Friday, al-Mishri spoke about unofficial meetings taking place in Morocco between the High Council of State and the Tobruk parliament, according to a statement issued by his media office.

A spokesperson for the Tobruk parliament said Thursday that the planned meeting in Rabat aims at resuming talks between the Libyan rivals to reach a political settlement in Libya.

In July, al-Mishri and Saleh visited Rabat for separate talks with Moroccan officials.

Diplomatic efforts have been underway in recent weeks to reach a solution to the Libyan conflict following victories made by the Libyan Army against militias of warlord Haftar.

Libya has endured almost a decade of violent chaos since the 2011 NATO-backed uprising that toppled and killed longtime dictator Moammar Gadhafi.

The warring sides announced separately on Aug. 22 that they would cease all hostilities and hold nationwide elections, drawing praise from world powers after a series of fruitless initiatives in recent years to stop the conflict.

Haftar is supported by Egypt and the United Arab Emirates (UAE) as well as Russia, while the GNA is backed by Turkey and Qatar.

At a January summit in Berlin, the main countries involved in the Libyan conflict agreed to respect an arms embargo and to stop interfering in Libya's domestic affairs.

Morocco was also where, after months of negotiations, an accord was signed in December 2015 by civil society representatives and lawmakers to set up the GNA.

Amid diplomatic efforts for political talks, the Libyan Army said Sunday that Haftar forces once again violated the cease-fire deal and targeted the country's troops with multiple Grad missiles.

The attack did not cause casualties nor inflict damage on military hardware, sources said.

The army announced Aug. 27 the first breach of the cease-fire by Haftar's militia, which fired more than one dozen Grad rockets at army positions west of Sirte.