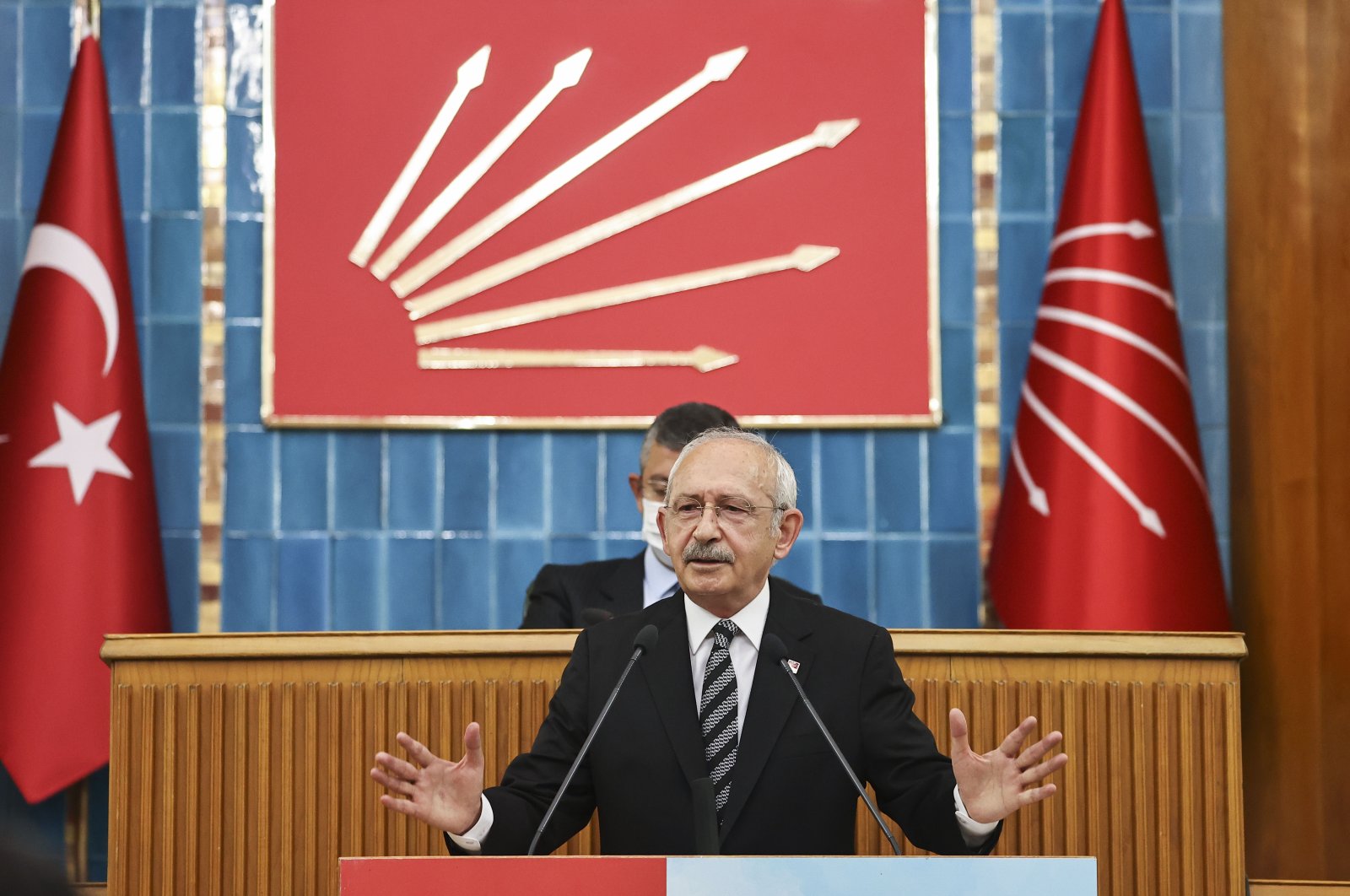 Speaking at his party's parliamentary group meeting, Kemal Kılıçdaroğlu said his party would never accept such a massacre in Europe, “which is a cradle of civilization in a sense.”

“We won’t ever forget it, we won’t let it be forgotten,” Kılıçdaroğlu said of the genocide that took place in present-day Bosnia-Herzegovina during the chaotic and violent breakup of Yugoslavia.

The CHP will also closely monitor what he said were “provocations” in Turkey, he added.

His remarks came after Sunday’s incident when a group desecrated the Surp Takavor Armenian Church in Istanbul’s Kadiköy district.

“We’ll never forget that those who took to the walls of a church in Kadiköy and protested were provocateurs,” he said.

Kılıçdaroğlu underlined that his party respected all faiths. “It’s our duty to provide a clean environment where people practice their beliefs, prayers and worship to Allah.”

The prosecutors in Istanbul launched an investigation into a group playing music and dancing next to a stone cross atop the church’s large courtyard gate.

Police detained the three suspects while an investigation is underway.