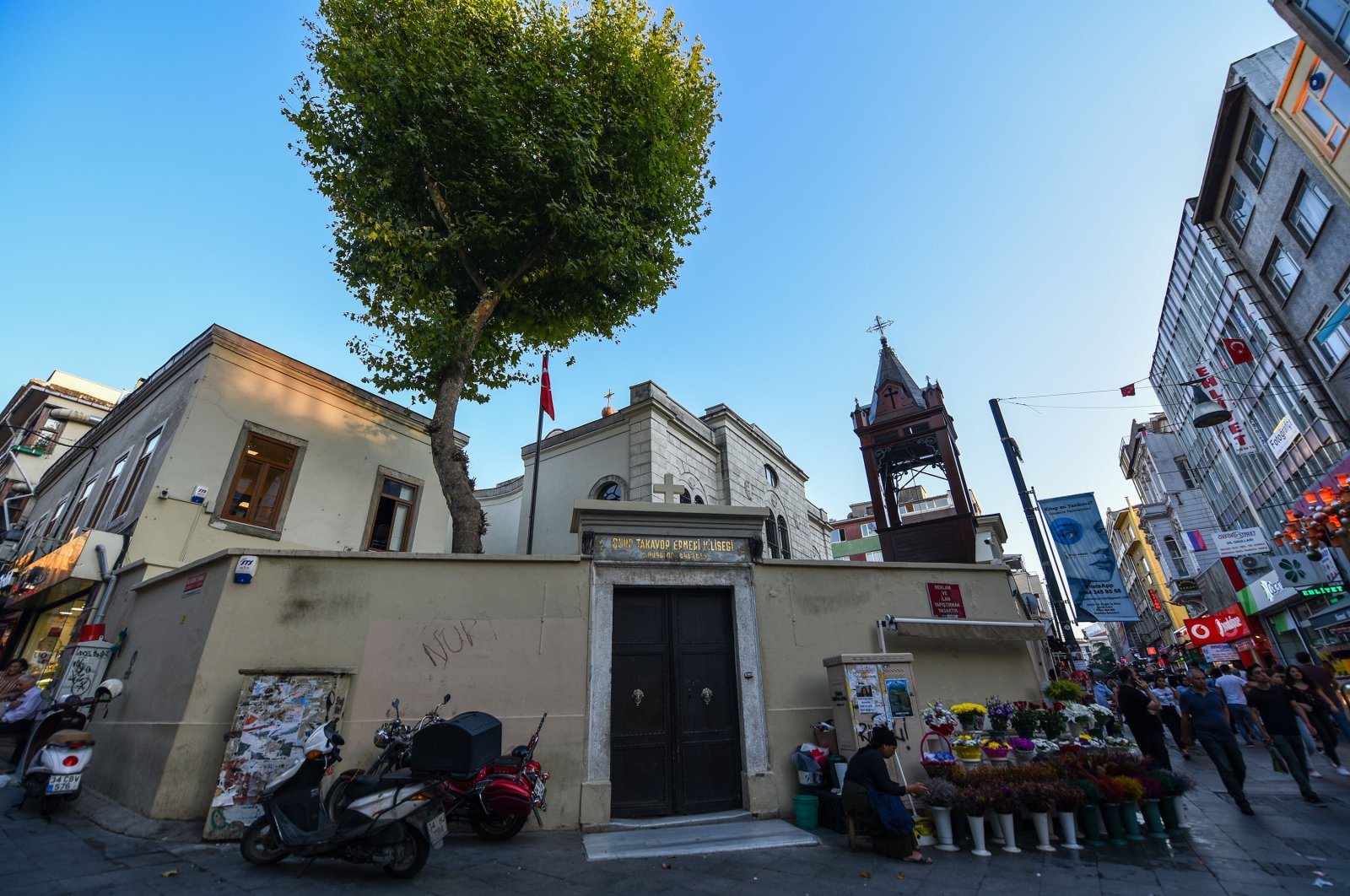 Three people were detained on Monday after footage of men desecrating an old Armenian church in Istanbul late Sunday emerged on social media. The footage shows two men dancing next to a stone cross atop the large courtyard gate of Surp Takavor Armenian Church in the city’s Kadıköy district. Istanbul Governorate identified two men as Y.E.U. and Ö.F.A. and a third suspect who accompanied them and said in a statement on Monday that all three were detained in their residences while an investigation is underway. The suspects were part of a group of revelers who allegedly protested a ban on music after midnight, which was among the COVID-19 pandemic-related restrictions imposed across the country. Further footage from the street where the church is located showed people dancing on the street, accompanied by loud music. A video shows a group stopping a tow truck passing by and climbing on it to dance.

Outcry and detentions after suspects are accused of desecrating Armenian church in Istanbul by climbing and dancing atop its door https://t.co/Df1rIlp04f pic.twitter.com/WDrVAlYYqO

Social media users expressed anger over the “desecration” of the church while officials condemned the offensive act. Interior Minister Süleyman Soylu termed the act as "disrespectful." Soylu tweeted that he contacted Arman Bükücüyan, director of the foundation that runs the church, and expressed his sadness over the incident.

The ruling Justice and Development Party (AK Party) also condemned the incident, Group Deputy Chairperson Numan Kurtulmuş said Monday. “Our civilization never tolerates insulting or mocking acts at places of worship,” Kurtulmuş said, adding that he strongly condemns the provocative and horrid act, as he said he has full faith in the Turkish legal system to do whatever is necessary.

Presidential Communications Director Fahrettin Altun also condemned the incident, as he said freedom of religion and conscience are crucial and places of worship are considered sacred. “Those who have committed this disrespectful act will be held accountable before the law. Our nation will not give credit to such provocations, just like they never have,” Altun said.

The same church was the subject of another act of desecration in 2018, when racially offensive graffiti was sprayed on its wall by suspects who also dumped garbage in front of the building.