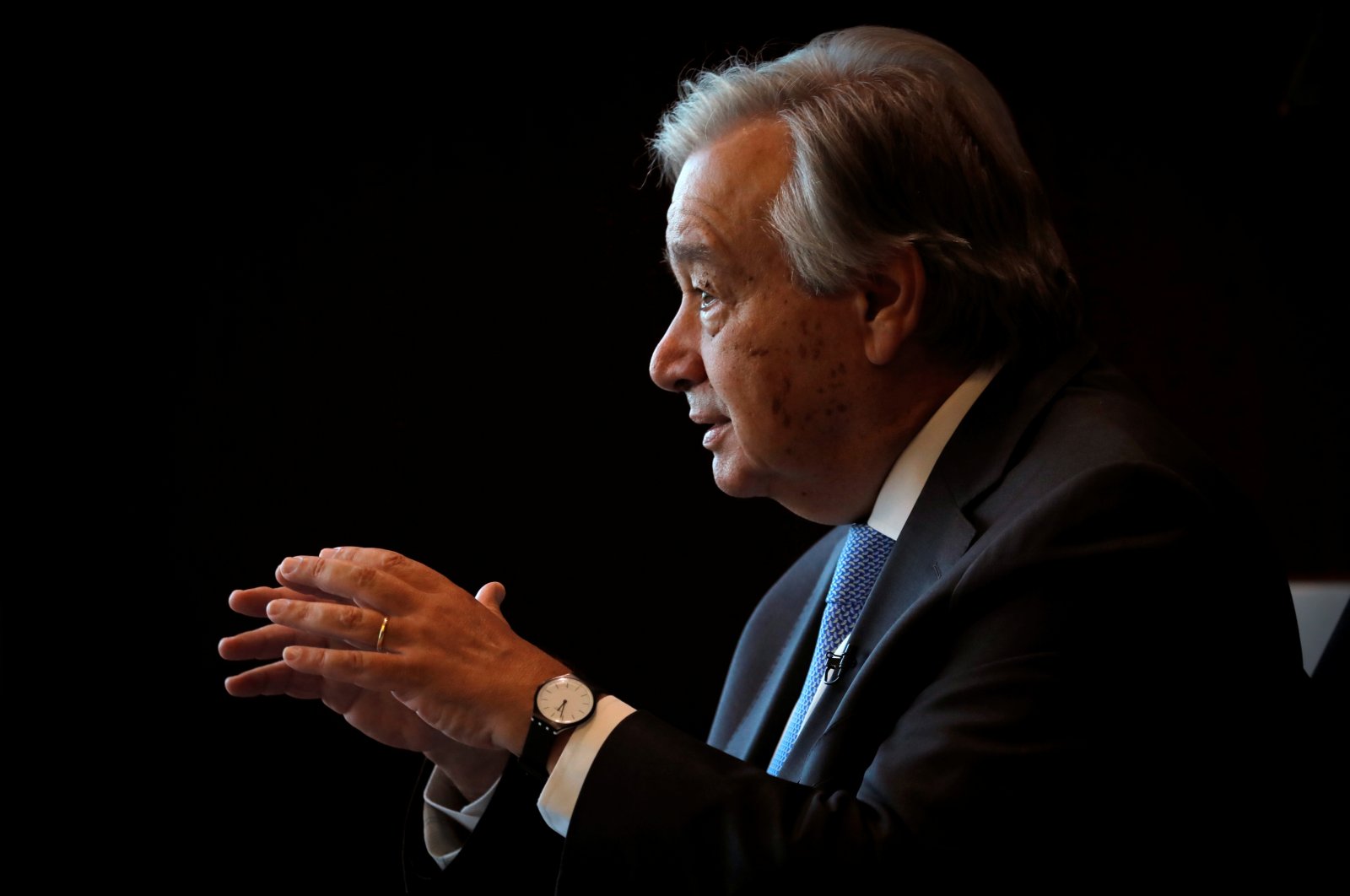 "In Libya, fighting has subsided, but the massive buildup of mercenaries and weapons in flagrant violation of violating Security Council resolutions shows that the risk of renewed confrontation remains high," Secretary-General of the United Nations Antonio Guterres said Tuesday.

Speaking at the 75th General Assembly of the United Nations at its headquarters in New York, Guterres underlined the importance of unity for peace in Libya.

"We must all work together for an effective cease-fire agreement," he added during the assembly headed by Ambassador Volkan Bozkır, a Turkish diplomat who now holds the office of the president of the U.N. General Assembly (UNGA).

Guterres also urged the resumption of political talks between the U.N.-recognized legitimate Government of National Accord (GNA) and the forces of putschist Gen. Khalifa Haftar who illegally holds some Libyan territory under his control.

During his speech, Guterres called for an end to all violent conflicts, including that in Libya, as the world instead needed to focus on stopping the spread of the coronavirus.

He pointed to some partial successes including cease-fires declared in Cameroon, Colombia and Cameroon.

He pressed for a universal cease-fire by the end of the year.

"I appeal for a stepped-up international effort – led by the Security Council – to achieve a global cease-fire by the end of this year," Guterres said.

The secretary-general also urged the world to prevent a Cold War between the United States and China and halt conflicts so it can focus on the COVID-19 pandemic.

"We must do everything to avoid a new Cold War," he said.

"We are moving in a very dangerous direction. Our world cannot afford a future where the two largest economies split the globe in a Great Fracture – each with its own trade and financial rules, internet and artificial intelligence capacities," he said, without mentioning either country by name.

Tensions have soared between the U.S. and China in recent months, with President Donald Trump blaming Beijing for the COVID-19 pandemic that has claimed some 950,000 lives around the world and cast a shadow over his reelection bid.

Guterres also offered open criticism of right-wing movements in the face of the coronavirus.

"Populism and nationalism have failed. Those approaches to contain the virus have often made things manifestly worse," he concluded.