Merkel's Turkey visit to focus on Libya, Syria and Afghanistan 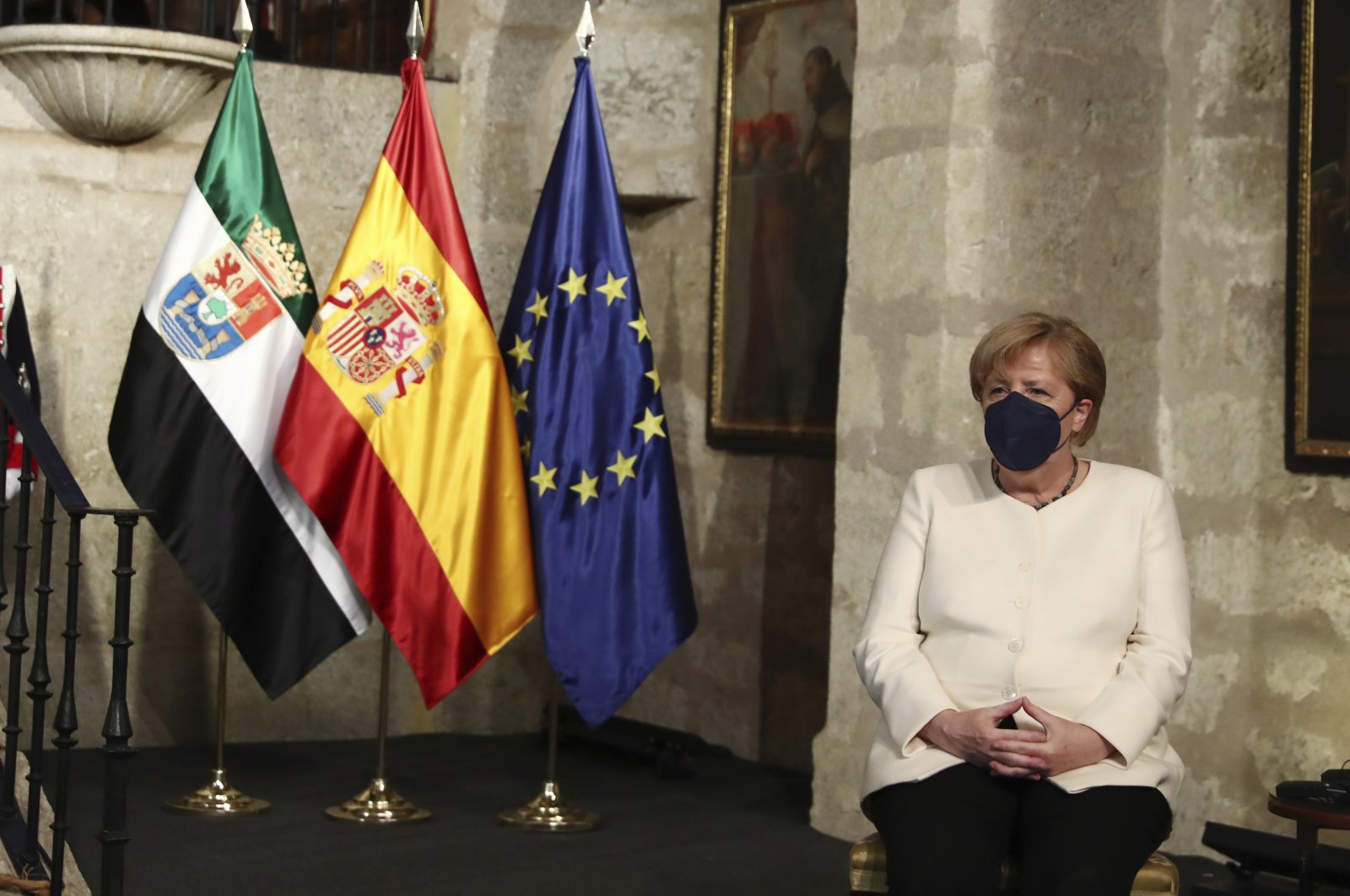 German Chancellor Angela Merkel is expected to pay a working visit to Turkey on Saturday upon the invitation of President Recep Tayyip Erdoğan.

According to a statement from Turkey's Communication Directorate, the talks in Istanbul will focus on the bilateral relations between Turkey and Germany. Available steps to enhance the cooperation between the countries will also be evaluated.

"On the agenda of the talks, besides bilateral relations, Turkey-European Union relations, regional and international issues especially in Libya, Syria and Afghanistan, will also be included," it added.

Outgoing Merkel's visit has been dubbed a "farewell visit".

Since the beginning of her tenure, Merkel has based Germany's relations with Turkey on rational foundations, and the two leaders have established close cooperation and dialogue based on balanced decisions.

The chancellor, who has been ruling Germany since 2005, is preparing to hand over her post, most likely to the leader of center-left Social Democratic Party (SPD) Olaf Scholz. So far, she has paid similar visits to the U.S. and Russia, meeting with U.S. President Joe Biden and Russian President Vladimir Putin. Merkel also held farewell meetings with Italian Prime Minister Mario Draghi and Pope Francis.

Speaking ahead of her visit, Merkel said Tuesday that Western countries should keep communication channels with Turkey open despite current differences, stressing Ankara's strategic importance for the Western world.

"Turkey has great ambitions and it's true that we have witnessed many disappointments in our relations. But still, we must find pragmatic agreements, even when our attitudes diverge on major questions," Merkel told a panel in Israel, Berlin-based daily Judische Allgemeine reported.

During a question and answer session at the Institute for National Security Studies in Tel Aviv, Merkel underlined that Turkey and its Western partners "must keep talking to each other" despite their political differences.

"You cannot ignore Turkey. It is a member of NATO and it also plays a central role for the European Union in the fight against illegal migration," she stressed.

Despite existing disagreements, the EU and Germany should be in cooperation with Turkey, Merkel most recently said in June ahead of an EU summit. Merkel said that she expects EU leaders will accept Turkey's demands, adding that the migrant issue can only be resolved with the joint efforts of different parties.