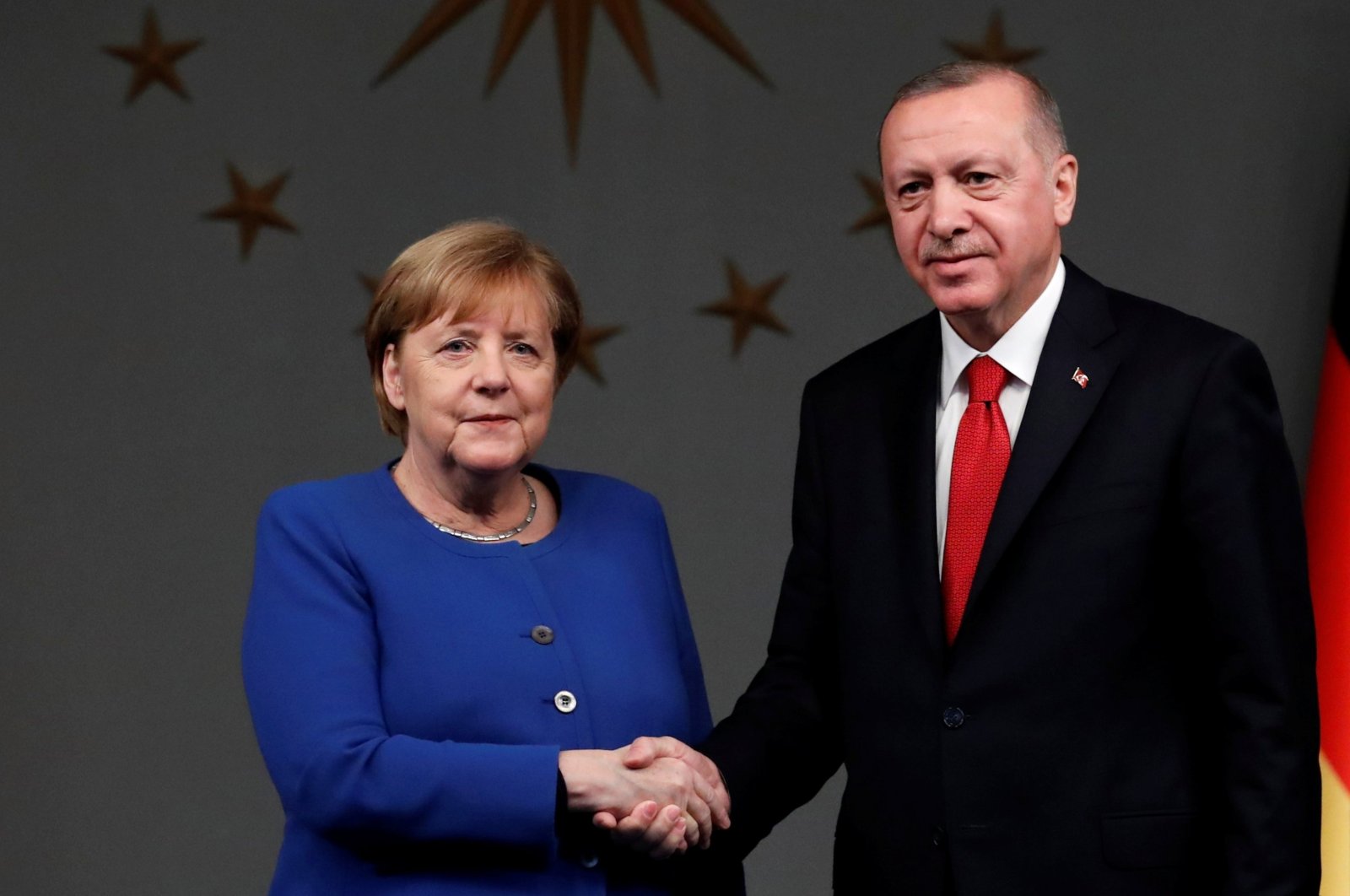 President Recep Tayyip Erdoğan is expected to receive outgoing German Chancellor Angela Merkel for "a farewell visit" in the coming days. The two leaders have established close cooperation and dialogue based on rational decisions during the Merkel era in Germany.

Merkel, who has been ruling Germany since 2005, has advanced her relations with Turkey on rational foundations.

Merkel saw that, contrary to the inexplicable policies of many European countries, there would be no equation without Turkey, especially in migration and security issues.

Despite existing disagreements, the European Union and Germany should be in cooperation with Turkey, German Chancellor Angela Merkel most recently said in June ahead of an EU summit.

Merkel said that she expects EU leaders will accept Turkey's demands, adding that the migrant issue can only be resolved with the joint efforts of different parties.

Expressing that there are currently 3.7 million Syrian refugees living in Turkey, Merkel emphasized that the current problems can only be solved through dialogue with Turkey.

German Foreign Minister Heiko Maas also called on the EU to update its migrant deal with Turkey, as he highlighted the importance of further funding.

Among other things, the refugee deal between the EU and Turkey helps Ankara crackdown on unauthorized migration to the EU and Greece illegally sending migrants who have reached the Aegean islands back to Turkey. In March 2016, the EU and Turkey reached an agreement to stop irregular migration through the Aegean Sea and improve the conditions of nearly 4 million Syrian refugees in Turkey.

The deal has been successful in stemming the flow of migrants and refugees, but the EU’s reluctance to take in refugees from Turkey, and bureaucratic hurdles in transferring promised funds for refugees, have led to sharp criticism from Turkish politicians. Erdoğan has criticized the EU for failing to fulfill its pledge to provide funding for migrants and refugees in Turkey as part of the pact while allocating billions of euros to Greece.

The EU-Turkey refugee agreement has effectively stopped the flow of Syrian refugees into Europe, but Ankara has repeatedly criticized its European partners for not honoring their commitments. Turkish officials said while Ankara upheld its end of the pact, the EU did not, including not fully providing 6 billion euros in aid and backing away from their political commitments. As part of the deal, the EU had promised to accelerate Turkey's accession process, start negotiations on modernizing the customs union, and provide visa-free travel for Turkish nationals within the Schengen area.

Turkey currently hosts nearly 4 million Syrians, making it the country hosting the highest number of refugees in the world. It is also providing protection and humanitarian assistance to nearly 6 million people in northern Syria. Ankara has already put more than $40 billion (TL 354.44 billion) of its own resources towards the refugees, and officials underline that the EU should do more to share the burden.

Merkel followed a careful policy, not ignoring the political and social ties created by more than 3 million Turkish citizens living in Germany and the intense economic and commercial relations of the two countries.

This situation prevented disagreements with Turkey from becoming important problems in relations under Merkel's rule.

Due to the strong communication between Erdoğan and the chancellor, economic projects were largely realized.

Germany’s center-left Social Democrats (SPD) won the biggest share of the vote in a national election last week, narrowly beating outgoing Merkel’s Christian Democratic Union (CDU) and its Bavaria-only sister party, the Christian Social Union (CSU), in a closely fought race that will determine who succeeds the longtime leader at the helm of Europe’s biggest economy.

The Eastern Mediterranean problem, which took place in 2020, also had a special place in Merkel's Turkey policies.

Taking a stance against the policies of French President Emmanuel Macron, who was favoring Greece and Southern Cyprus and targeting Turkey, Merkel prevented the efforts of the front led by the France-Greece duo to impose an embargo on Turkey.

Ahead of the summit, Greece had called for an EU arms embargo on Turkey due to the recent tensions in the Eastern Mediterranean. But during the discussion, a majority of European leaders opposed an arms embargo or severe economic sanctions, opting instead for a softer line.

Turkey has the longest history with the EU and the longest ascension negotiation process. The country signed an association agreement with the EU's predecessor, the European Economic Community (EEC), in 1964, which is usually regarded as a first step to eventually become a candidate. Applying for official candidacy in 1987, Turkey had to wait until 1999 to be granted the status of a candidate country. For the start of the negotiations, however, Turkey had to wait for another six years, until 2005, a uniquely long process compared with other candidates.