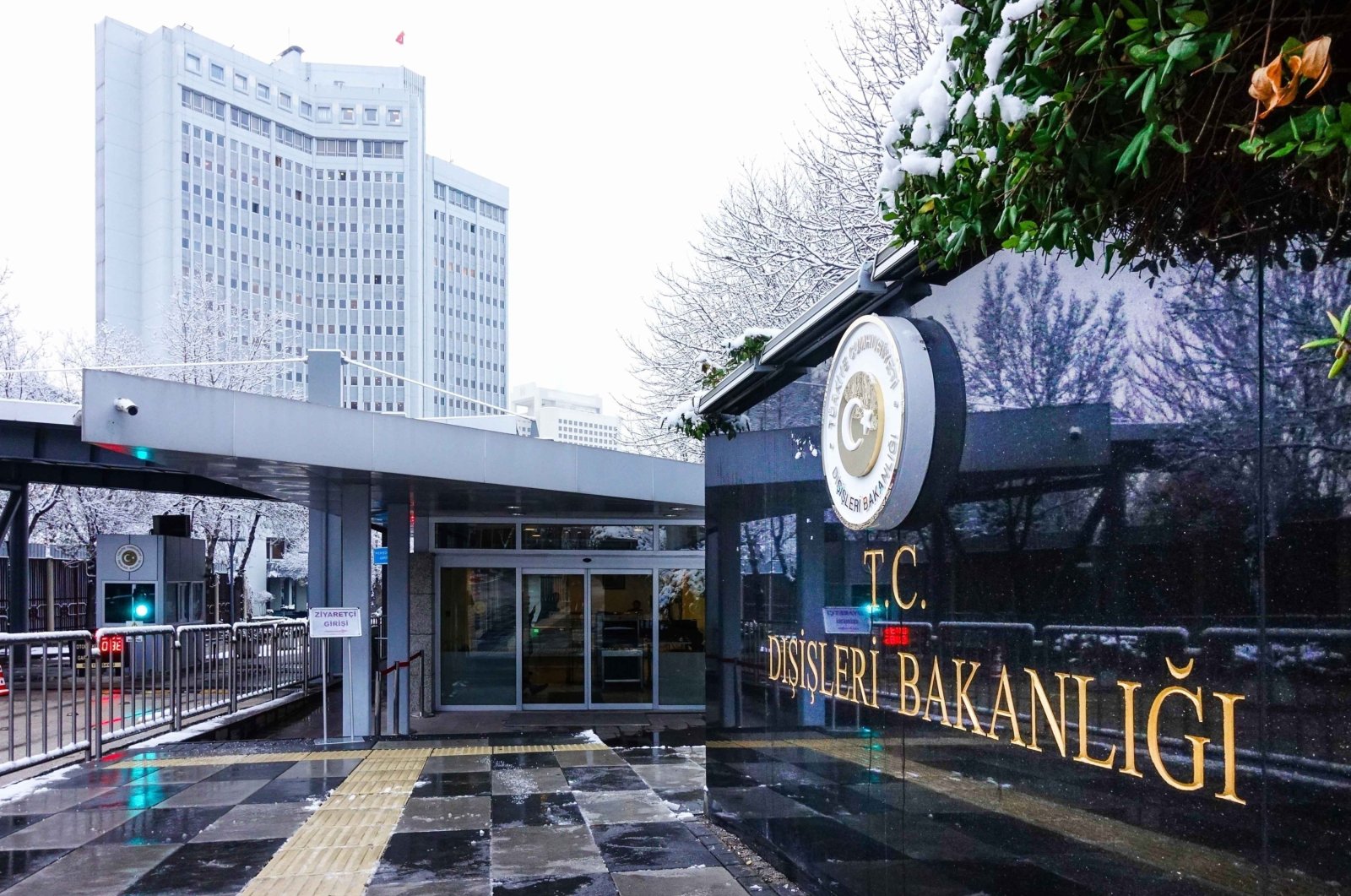 The Ministry of Foreign Affairs headquarters in Turkey's capital Ankara in this undated file photo. (AA File Photo)
by daily sabah Jan 13, 2022 10:45 am

The Foreign Ministry on Thursday criticized the "baseless" remarks made by Greek President Katerina Sakellaropoulou during a launch ceremony for a center for Pontian Greeks.

Speaking during the ceremony introducing the Hall for the Global Pontian Greeks of Sourmena in Athens, the Greek president stated that the Pontian Greeks who left Anatolia allegedly suffered from “persecution, slaughter and violent attempts at Islamization.”

The Greeks who resided in the Black Sea region referred to the area as Pontus, based on the ancient Pontus kingdom founded in 301 B.C.

In its statement, the ministry said Sakelleropoulou’s remarks do not change the fact that it was the Greek military that attempted to invade Anatolia and committed “barbaric crimes against humanity” against the innocent people in Western Anatolia.

It continued by referring to Article 59 of the Treaty of Lausanne, which recognized Greece’s war crimes.

Article 59 of the treaty stipulates that Greece must recognize its obligation to repair the damage caused in Anatolia by the acts of the Greek army or administration that were contrary to the laws of war.

“Greece’s frequent unrealistic claims cast a shadow on the creation of a sincere and honest dialogue atmosphere to solve bilateral problems,” the ministry said, adding that such a stance contradicts state officials’ responsibilities, as it invited Greek authorities to use common sense and adopt a constructive attitude.